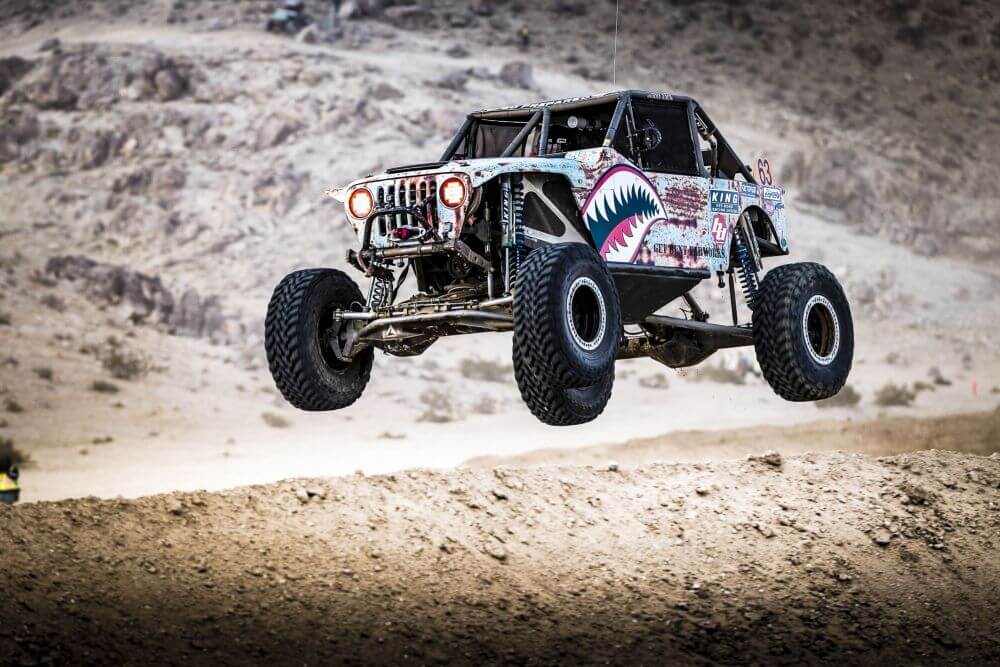 2020 King of the Hammers Qualifying and Shootout Pictures & Results

King of the Hammers continued an action-packed week on Monday with qualifying for the 4WP Every Man Challenge and the Holley EFi Shootout Presented by King Shocks and Action Sports Canopies.  Young guns dominated the day, with Cade Rodd taking top honors in qualifying in his Branik 4800 Legends buggy and Bailey Cole taking second.  Rodd is the son of Jimmy’s 4×4 owner Randy Rodd, the most prolific chassis manufacturer in ULTRA4 racing.  Cole is the son of KOH promoter Dave Cole, and is teaming up for the EMC race with Baja champion Cameron Steele, who will be racing the first lap of the EMC race through the desert before handing the reigns to Cole to navigate through the treacherous rocks of Johnson Valley. Kenneth Goodall was the top Yukon Gear and Axle 4500 Modified qualifier, starting 12th off of the line, and Jon Schaefer posted the best time in the Spidertrax 4600 Stock class.

The theme of youthful ascendancy continued at the Holley EFi Shootout Presented by King Shocks and Action Sports Canopies. Formerly known as the Backdoor Shootout, this event started when rockcrawling enthusiasts would gather at the huge vertical climb known as Backdoor to challenge each other for bragging rights as the quickest driver up the ten-foot tall ledge. Held adjacent to Chocolate Thunder this year, the Holley EFi Shootout has outgrown Backdoor without forgetting its roots. ULTRA4 cars, bouncers from the Southern Rock Racing Series, and home built rockcrawlers duked it out to be the fastest up a series of steep, loose rock ledges with plenty of parking and viewing for the thousands of spectators on hand, and live coverage for those watching from home. The rock bouncers continued their dominance at the Shootout, with 31-year-old Stephen Rogers scaling the hill in a mere 38 seconds in his Jimmy Smith-built buggy dubbed “Unloyal”. To put this accomplishment in perspective, over half of the 29-vehicle field didn’t make it to the top of the course at all!

The night was capped off with Red Hot Chili Peppers tribute band Righteous & the Wicked playing on the Monster Energy stage for thousands of motorsports enthusiasts at the Nitto King of the Hammers. King of the Hammers week continues Tuesday with qualifying for the premier 4400 Class starting at 8 AM, and top drivers qualifying during the “Power Hour” at 4 PM. Following qualifying the action shifts to Hammertown for the Pit Crew Challenge, which pits teams against each other in a bracket-style competition. All classes are represented in this new competition with the fastest team from UTVs, T1 desert trucks, 4500, 4600, 4800, and 4400 going head to head for bragging rights and a long list of prizes from Pro Eagle, Buggy Whips, Raceline, and Boxo Tools.