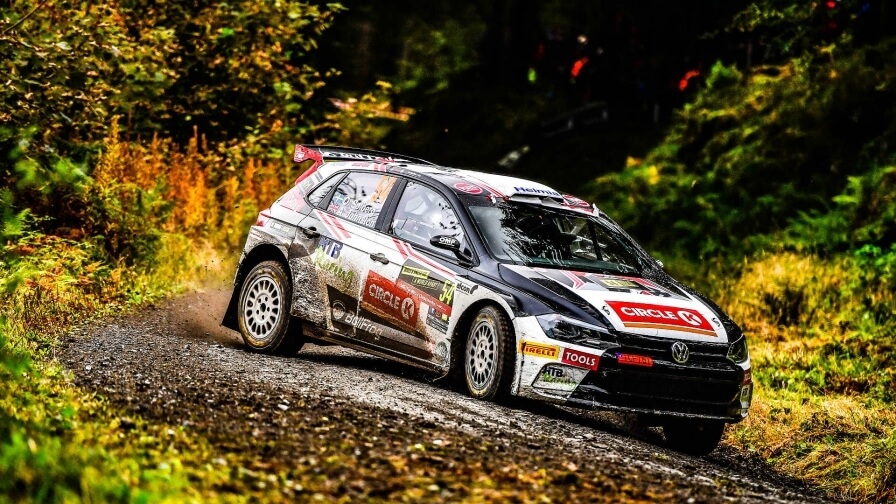 A new year and a new decade brings plenty to look forward to in the 2020 FIA World Rally Championship.

1. New events and returning classics
The 2020 calendar is one of the most diverse and exciting in decades. Africa, the Far East and the South Pacific all come back into play as the Safari Rally, Rally Japan and Rally New Zealand return.

The Safari will be first of the returning trio, with a Nairobi base for what’s certain to be one of the most testing and tricky events of the season. Finally, after 18 years, the fastest rally cars will return to roads which helped create the WRC legend.

Talking of legendary roads, New Zealand’s North Island stages are some of the drivers’ absolute favourites. The smooth, fast and beautifully cambered tracks outside Auckland will provide an outstanding spectacle in one of the world’s most sport-oriented countries.

Japan’s Aichi-based asphalt rally will bring the curtain down on the season. And what a way to end. The Japanese fans are some of the most knowledgeable and passionate in the world and will offer a warm welcome and plenty of support in November.

2. Musical chairs
The music has stopped and the seats are all taken. Ott Tänak at Hyundai, Sébastien Ogier at Toyota, Elfyn Evans joining him and taking Kalle Rovanperä with them. Esapekka Lappi in M-Sport overalls. In driver terms, it’s not quite all change this year. But it’s not far off.

It’s been a few years since we’ve had a service park reshuffle like this and watching the crews settle into their new teams and new cars will be fascinating.

The new suits are one thing, but the most important thing by far is who can get up to speed with their new steed quickest of all.

3 Elfyn’s big chance
One of the biggest movers was Briton Elfyn Evans. Prior to joining Toyota Gazoo Racing, the 31-year-old had demonstrated extraordinary brand loyalty. He has started 86 WRC rounds. all of them in a Ford Fiesta of one flavour or another.

The decision to leave M-Sport – his home (quite literally for a couple of years as he lived and worked at the team’s Dovenby Hall base) since 2013 – was not an easy one for Elfyn. But he’s made the jump and he’s got to make the most of it.

He’s back alongside six-time champion Ogier, with whom he worked so well in 2017 and 2018. And he’s in the Yaris which set the pace in terms of fastest stage times, stages led and rallies won last season. The stage is set for the Welshman.

4. A non-French defence
For the first time since 2005, the drivers’ championship will not be defended by a Frenchman. Estonian Ott Tänak takes the title into the new season.

Tänak’s speed was awesome last season. He bossed the Toyota Gazoo Racing team and was untroubled as he homed in on a maiden title. His new Hyundai Motorsport team-mate, Thierry Neuville, could be a different prospect this time.

Tänak is moving into the Belgian’s backyard and playing with a car Neuville knows inside-out. Having two of the championship’s big three drivers in one team will offer a fascinating narrative to the season.

This is a rivalry and storyline that looks like it’ll keep on giving. Can Neuville keep the team on his side and outpace the champ or will the Estonian’s speed transfer from Yaris to i20 in a seamless transition and trouble-free defence?

5. The young ones
And how young! Flying Finn Kalle Rovanperä is 19 at the start of his first full year as a factory WRC driver with Toyota Gazoo Racing. Son of one-time world rally winner Harri, Kalle is a hugely exciting prospect and almost certain to make history.

Or should that be more history? He’s already rewritten the record books by becoming the youngest winner of a WRC title by claiming last year’s WRC 2 Pro crown with Škoda.

He now has three years to usurp Jari-Matti Latvala as the youngest winner of a WRC round (Latvala was 22 years and 313 days) and even to chase Colin McRae’s mantle of the youngest world champion. The Scot was 27 when he conquered the world in 1995.

Remarkably Rovanperä is not even the youngest next big thing. Meet 18-year-old Oliver Solberg.

The son of 2003 world champion Petter became the youngest winner of a European Championship rally last season and will be one of the leading lights in WRC 3 aboard a Volkswagen Polo R5.

6. More support for the supports
The WRC goes way beyond the headline-grabbing World Rally Cars – there’s a ladder of progression through the series which will provide plenty of scintillating action.

WRC 2 is one step below the main action and will be fought out between professional teams and crews aboard the world’s fastest R5 cars. Citroën, Hyundai and M-Sport are the early supporters of this class with Mads Østberg, Ole Christian Veiby and Adrien Fourmaux driving for those respective makes.

Drivers choose eight rounds from a possible 10 and must include at least one outside Europe from either Mexico or Japan.

WRC 3 is another step below WRC 2. The R5 cars are identical but the competition is made up of privateer crews. The winner will be the driver stacking up most points from their best six out of seven results.

The Junior WRC offers the best of the best rising stars the chance to shine. If you’re under-30 and ready to pedal a Ford Fiesta R2, this is the place to be. The Junior WRC can expect a packed entry for a series which includes every conceivable surface. It starts in Sweden next month.