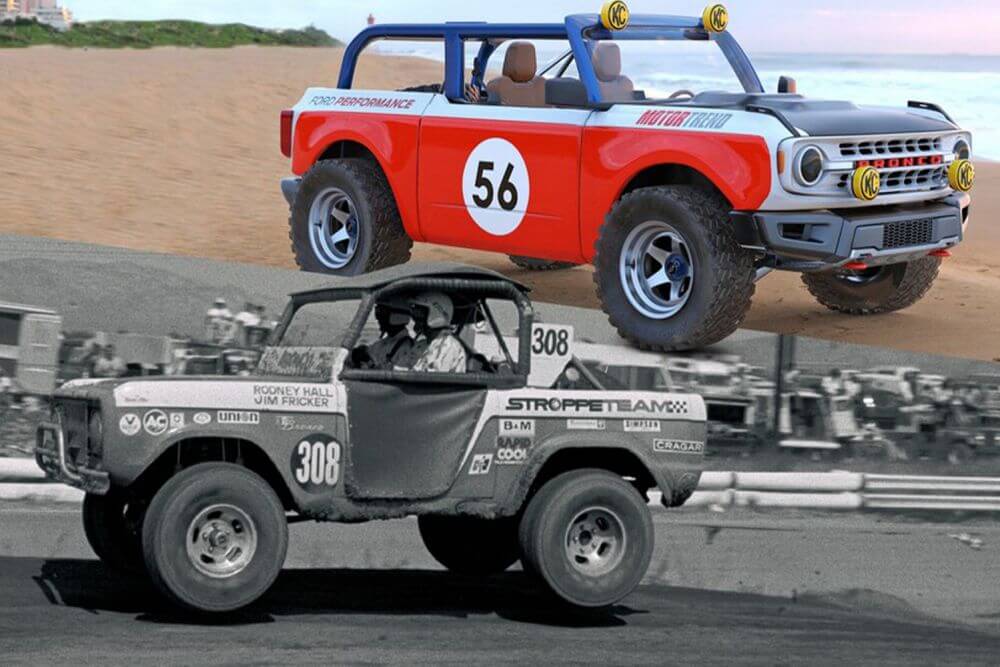 If you’re a fan of the Ford Bronco, off-road racing, motorsport legends, or all of the above, the name Rod Hall surely comes to mind.  A 2005 Off-Road Motorsports hall of Fame inductee,   the legendary race car driver piloted one of the most iconic Broncos ever built for racing.  “The Purgolater”, dawned the iconic orange and white body, with the blue roll cage. The large yellow KC HiLites were the cherry on top.

Sadly the world lost Hall in 2019, but one can only wonder his thoughts on the all new Ford Bronco.  Would he give the new school Bronco, the old school look?  It would have been interesting to find out.  With over 160 wins throughout his career there is no doubt he would have put it through its paces. One incredible accomplishment that very few if anyone can match, is having raced in every single one of the first 50 Baja 1000 races.  Something that is still mind numbing to wrap your head around.

Now with Ford re-releasing the iconic model vehicle, the legendary race car is once again gaining the hearts of so many.  Designer Abimelec Arellano completed this digital concept taking the look of the old in conjunction with all the new modern technology.  This is purely through this artist’s eye.  In the rendering you’ll find a GT500-powered beast, a far cry from the type of performance the original Broncos offered.  That was never a problem for Rod, he left everyone in the dust no regardless.

What we are looking at would not be considered a race vehicle, but more so a mockup of the design and color scheme purely to honor Hall’s race vehicle.  It’s been over 50 years since Hall took his first Baja 1000 win in his Bronco, and it’s nice to see tributes continuously being made to legends of the past.  This isn’t the first Bronco we have seen recreated, and we hope it’s not the last.

If you are in need of any assistance in ordering, go to www.Ford.com, and reserve yours with Team Ford Las Vegas (89130)