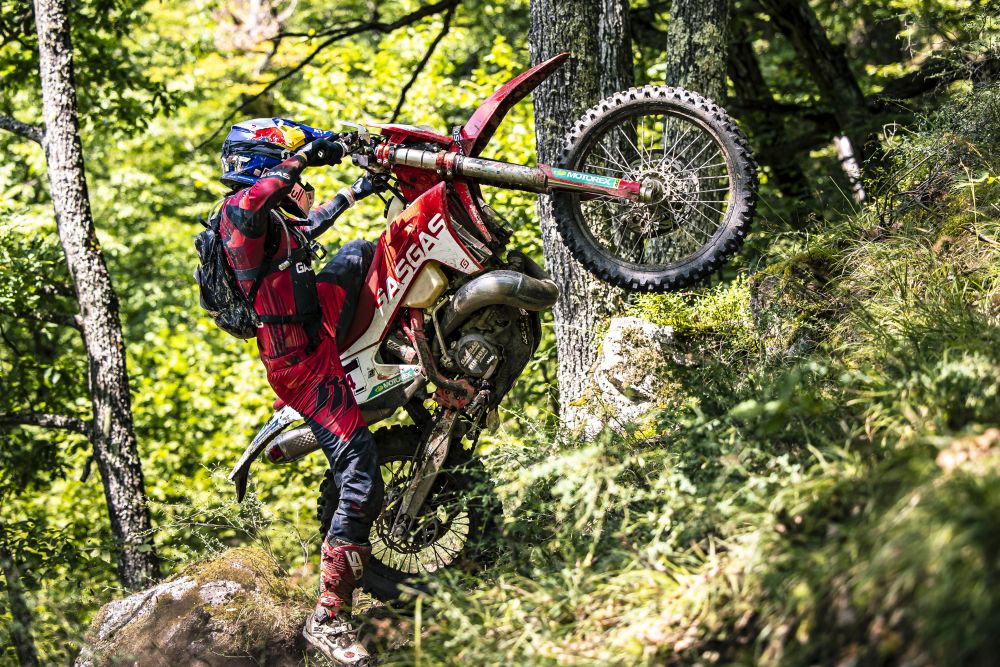 2021 Red Bull Romaniacs, Into the wild: tough day on the tracks & a night outdoors

Jarvis crashes and does not finish, Lettenbichler takes control and overall lead

Sibiu / Hermannstadt, Romania, 29 July, 2021 – With Offroad Day 1 under their belt the competitors found themselves in the beautiful Gura Râului valley this morning for the beginning of whatever madness lay ahead on Red Bull Romaniacs Offroad Day 2. As competitors lined up beside the looming Gura Râului Dam at 07:00 am it was windy and raining slightly but not enough to dampen the tracks which were dusty compared to yesterday. 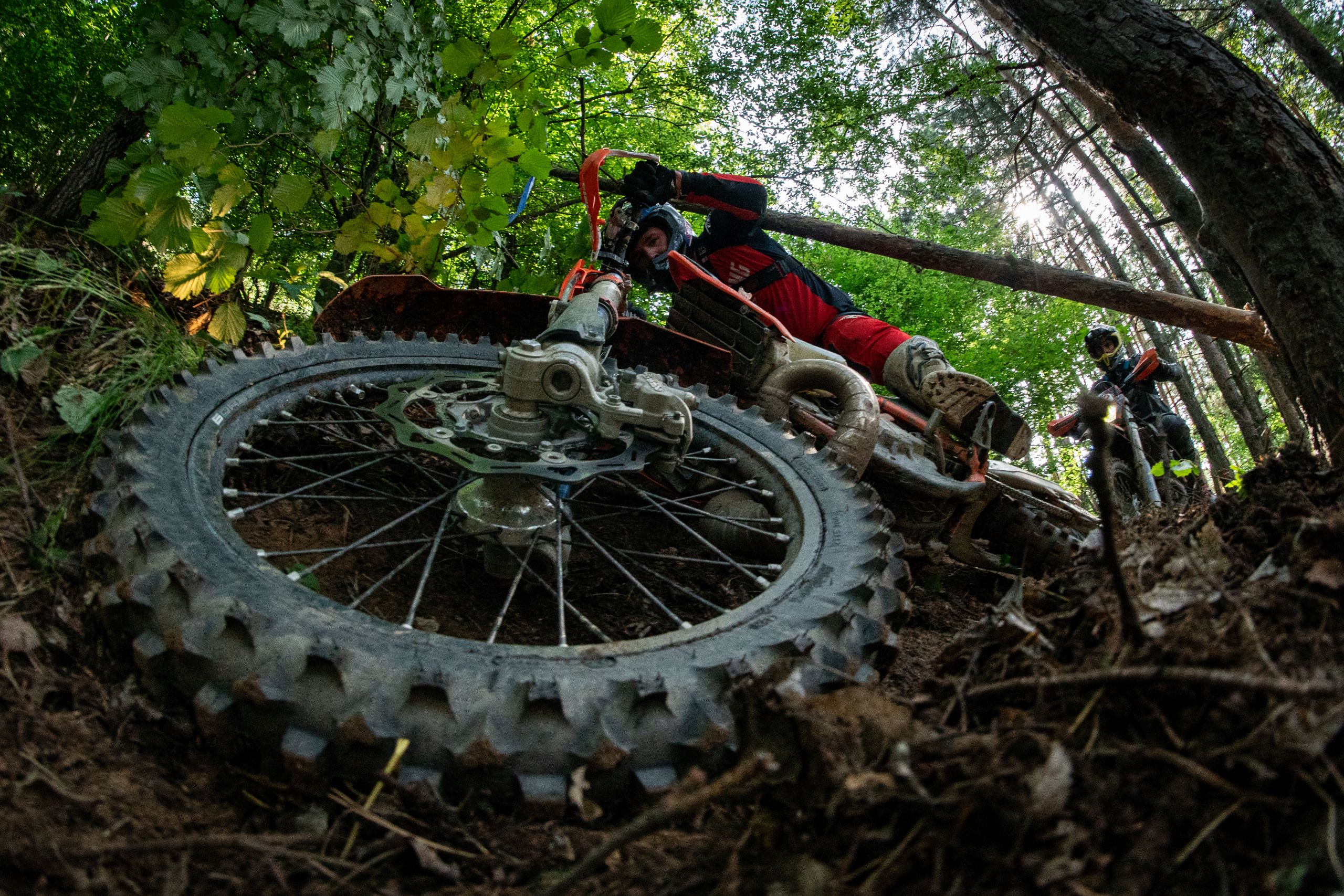 As the day unfolded it became evident that there could be no question that today was going to be a tough day out there which would potentially cost Martin Freinademtz some friendships! The constant stream of extreme and the level of difficulty took its toll on many of the Gold class riders. Some ran out of water, suffering from dehydration, others had their bikes paying the price. At the same time, all this was countered by the sensational beauty of the area and the epic tracks with endless up- and downhills.

First out was Graham Jarvis (GBR) who, having established his intentions yesterday by winning the day, which put him in the overall lead, was a man on a mission from the get go. But so was Manuel Lettenbichler (DEU), who is here to defend his title – and if that means duelling with the King of the Carpathians like last year – so be it. The two riders broke away from the rest of the pack early on and created a sizable gap. Behind the leaders the group remained tight between five of the veteran top guns, Billy Bolt, Alfredo Gomez, Wade Young, Mario Roman and Jonny Walker. Young gun Teodor Kabakchiev joined them and did not show any sign of struggling to maintain their pace. Their size would come to bite them once they arrived at the Red Bull Romaniacs signature section “Galindo Ridge” where they struggled to get past one another as they took any means necessary to climb the near vertical rock faces to the top. 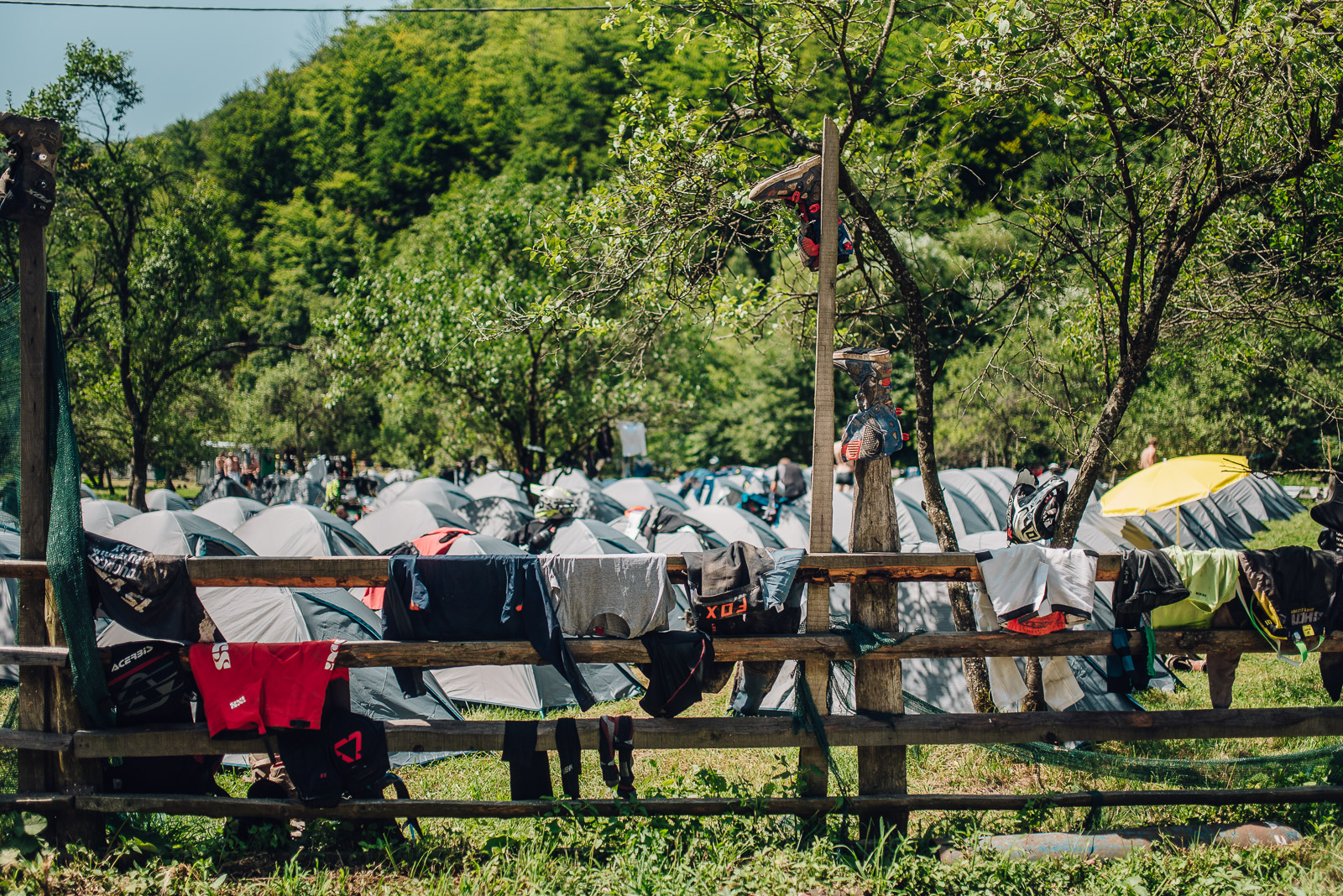 Once the unforgiving “Galindo Ridge” was conquered, the riders were thrown into the rock garden of “Babysitter”, again no mercy was shown as “Babysitter ridge” took them through the “Lost world” and delivered them to the aptly named “Kill ‘em all” section which would be the final torture for the Gold riders before the Service Point.
The Service Point was closer to the finish today and a longer break of 30 minutes was given, due to it being the last opportunity for mechanical work and tire changes before the next Service Point on Offroad Day 3. It is between these two points where competitors will finish the day and head into the first ever Marathon Stage with an overnight stay in the wilderness of the Carpathian Mountains.

Lettenbichler and Jarvis arrived at the Service Point together with a gap of 15 minutes before the next riders started to arrive. They then set out again on the final stretch of the day and this is when everything changed: Jarvis hit a rut in the grass at speed, forcing him to go back and call it a day with only 40 minutes to go to the finish line of the hellishly hard day. 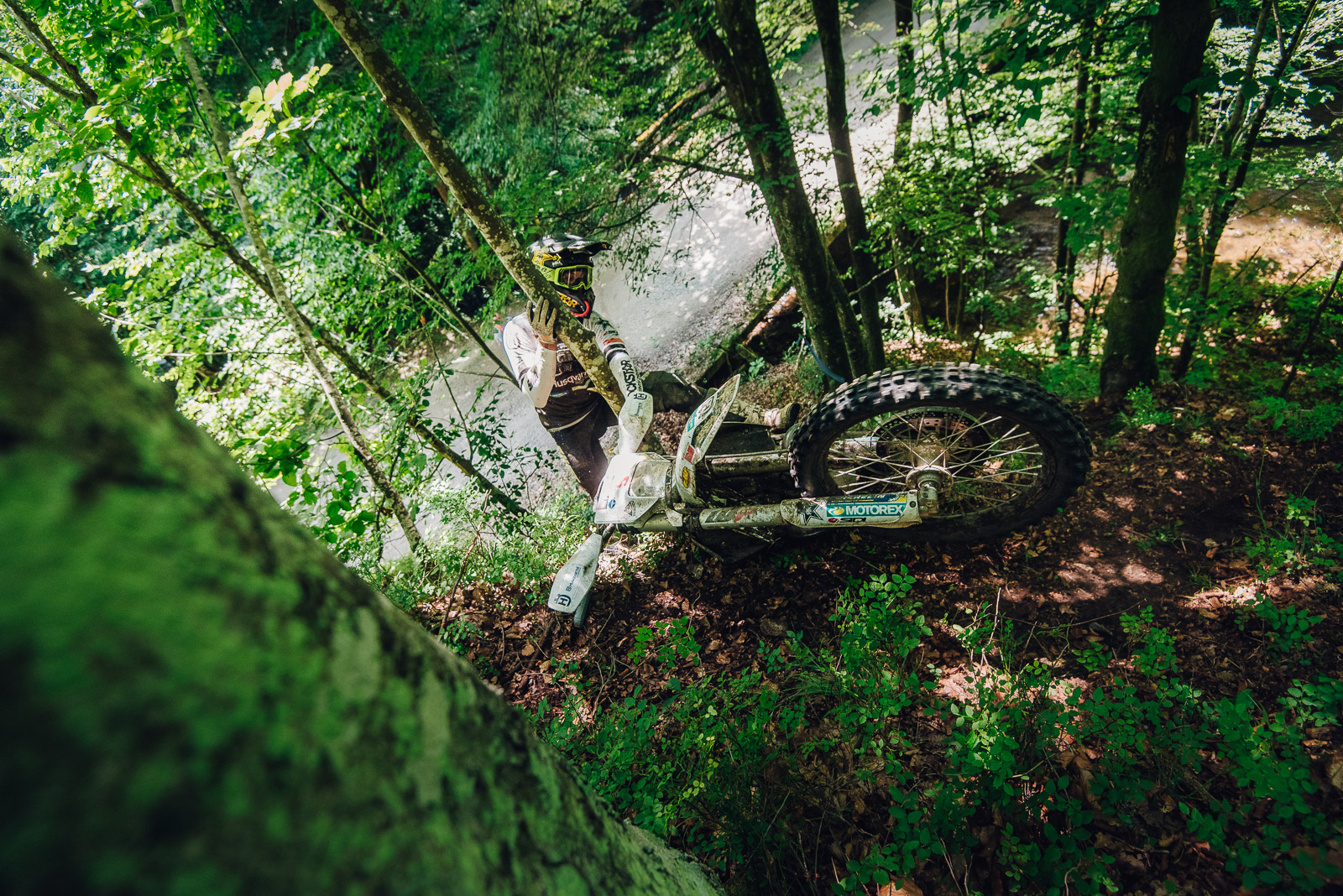 Manuel Lettenbichler was able to bring the advantage, built throughout the day together with Graham Jarvis, into the finish and placed first. This also made him the overall first, a solid 12min ahead of Wade Young. Exhausted, it was Mario Roman (ESP) who crossed the finish arch behind Mani and Billy Bolt (GBR) in third place. First time competitor Trystan Hart (CAN) gave a good fight, placing 6th behind Young and Walker.
Pol Tarres (AND) continued to deliver an epic performance and successfully navigated his Yamaha Tenere 700 into 24th position at the finish in Bronze class.

Meanwhile, Silver class rider Igor Camino (ESP) chose to take a boat ride part way through his day! He fell off the track and his bike rolled down the slope landing by the lakeside in an area too steep to ride back up. So a boat was commandeered for help, the “ferryman” was paid and the happy Spaniard was back on track towards the Service Point within a good 2 hours! Funny detail: It is not the first time that this happened in the area and it is not the first Spaniard… Xavier Galindo was the first one to become famous for the “boat rescue” in 2018… 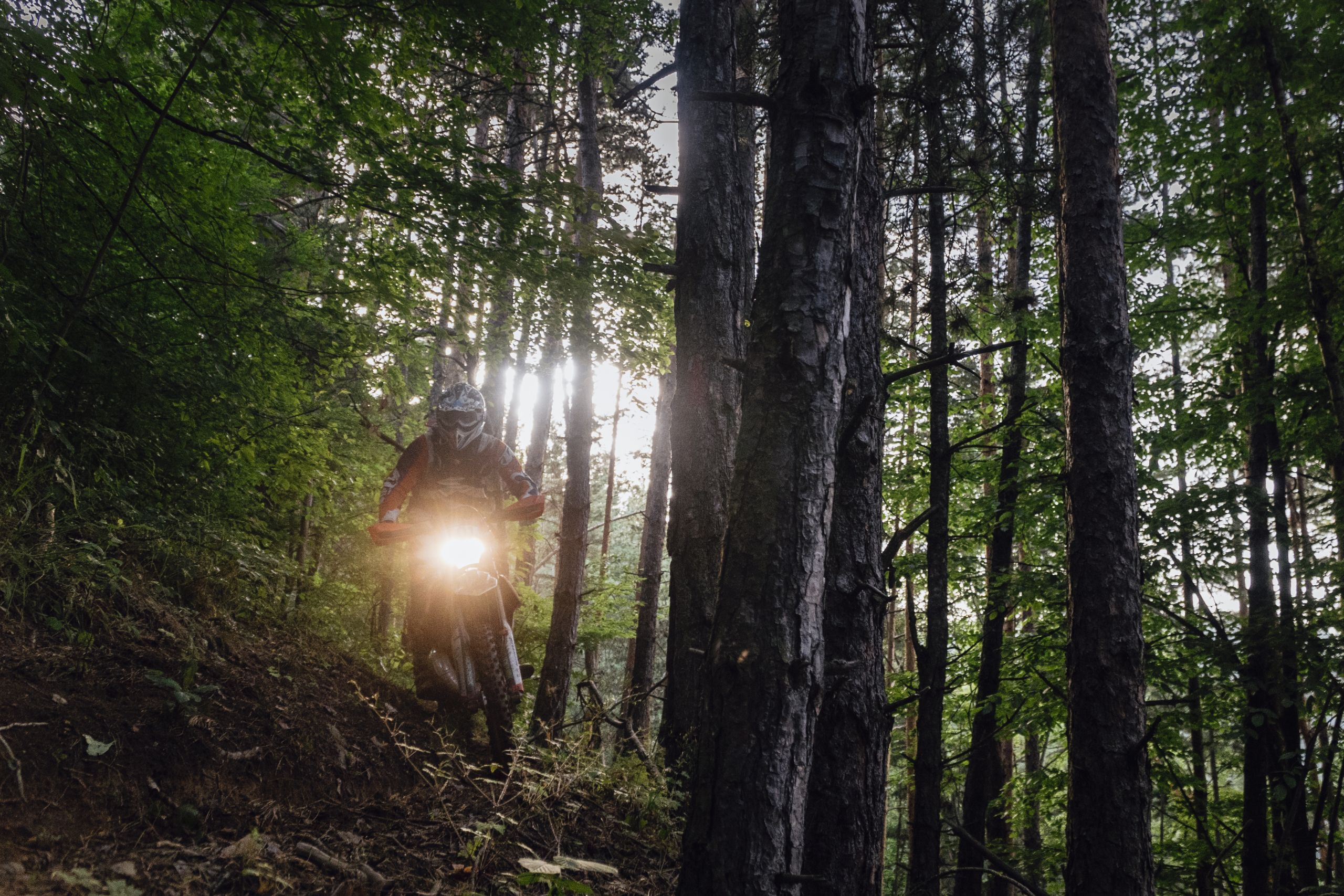 After a really tough day yesterday the Silver class were pleasantly surprised at the start of the day by some fast tracks, but were faced again with some steeper sections later in the day, sharing some downhills with the Gold class. Nick Fahringer (USA) came in first again followed by Toni Mulec (SVN) in second and Jamie Lewis (GBR) a very close third place today. Romanian, Emanuel Gyenes, the eighteen-edition veteran, came in 10th.

The Bronze class covered 112km of racetrack today and it was “all fun ‘n games”, fluent riding in breathtakingly beautiful surroundings and with the outlook in mind that they will be hanging out with the Pro’s in the evening in a camp-atmosphere. Results: 1. Bogdan Marin Stelian Butiu #420 (ROU), 2. Artem Kuncevich #509 (BLR), 3. Ágúst Már Viggósson #457 (ISL)

The Iron and Atom class had a slightly different start location and were eased gently into their challenging sections with flowy, fast tracks to warm up, riding some open alpine terrain in the spectacular Galindo area. Things did get real for them and they were faced with some hard enduro and some muddy spots, riding distances were 110km and 93km respectively.
Results Iron: 1.Donatas Petrikas #600 (LTU), 2. Tjaša Fifer #658 (SVN), 3. Shamil Magomedov #696 (RUS)
Results Atom: 1.Roman Kurbatov #822 (RUS), 2. Dmitry Akhmanaev #829 (RUS), 3. Danny Melvin #800 (USA) 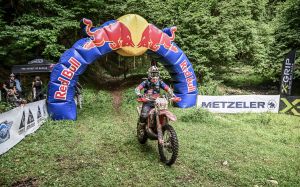 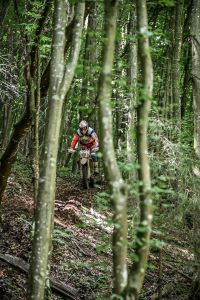 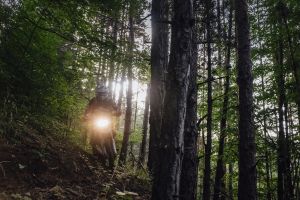 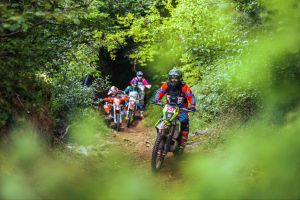 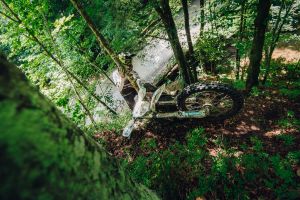 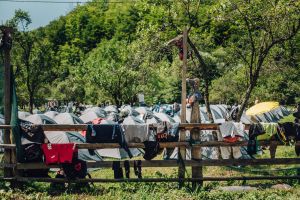 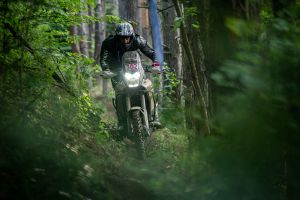 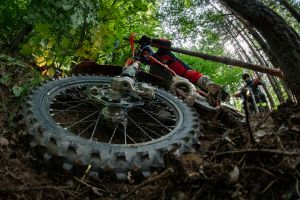 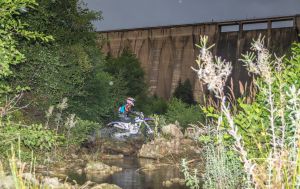 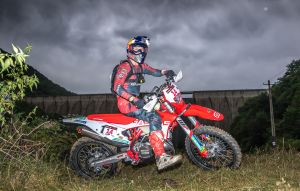 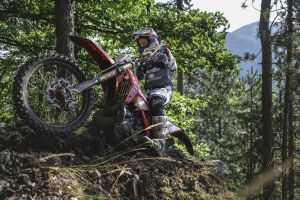 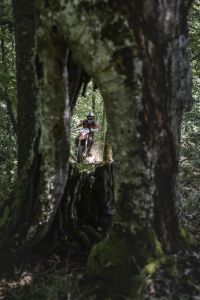 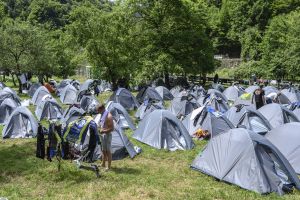 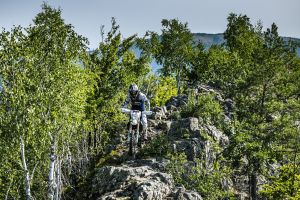 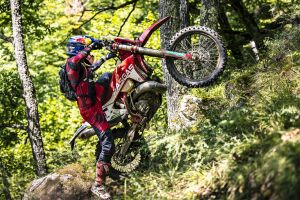