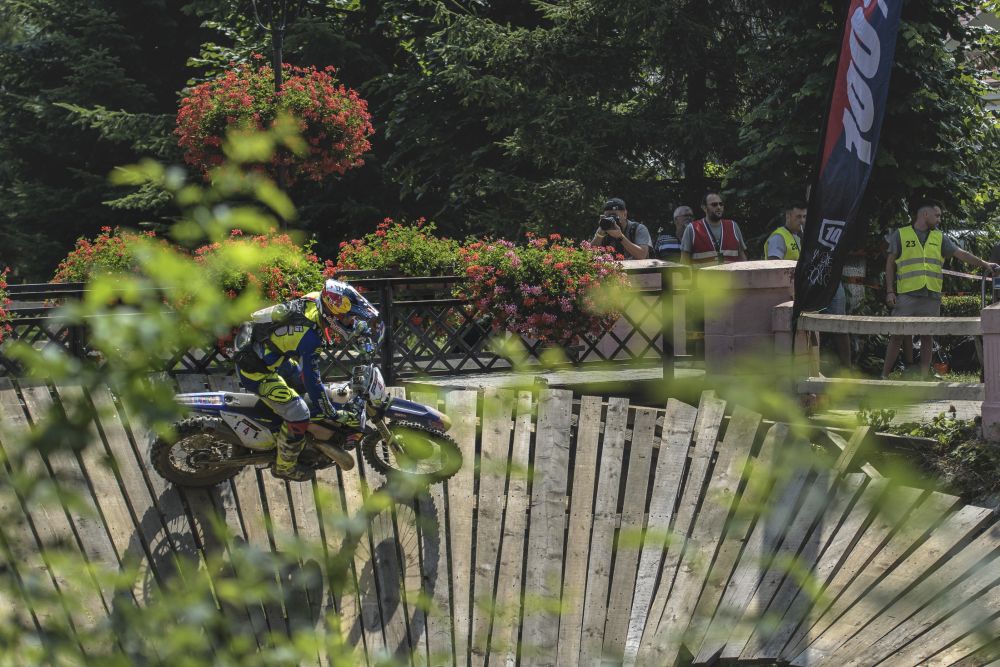 2021 Red Bull Romaniacs, Rise and shine: from the tents to the tracks

Sibiu / Hermannstadt, Romania, 30 July, 2021 – Some may have questioned the sanity of Martin Freinademetz when he announced he was introducing a marathon stage to the Red Bull Romaniacs, something that has never been done before, especially considering it is already the toughest 5 day hard enduro rallye out there. Had he lost it? Was it a crazy idea or a brilliant one? All doubts were put to rest after this unique marathon stage between Offroad Day 2 and Offroad Day 3 at the Vertical Madness Reloaded edition was more than a hit.

Situated in Alba Country deep in the mountains, tucked in a remote valley surrounded by forests the riders came across their overnight “lodgings”. It was a step above what most had expected, with communal dining marquees, beer tents, entertainment areas and campfire pits. The fresh water “bathtub”, taking the form of a river, flowed next to the site and riders could take a refreshing soak after yesterday’s hot, gruelling race day. The weather was perfect, riders ate traditional cuisine with veal roasts on the menu and the overall feeling was that the marathon stage was a huge success. 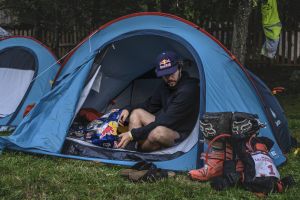 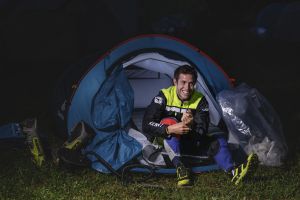 At dawn riders packed up and at 07:00 am they were ready to race directly out from the “one night stand” bivouac location. For the Gold class it was quite a different morning as they found themselves on faster, more fluid tracks than the onslaught of extreme terrain they were dealt yesterday.

With his riding buddy out of the race, Mani Lettenbichler (DEU) set out at the start of the day as a lone wolf in the lead. While still being presented with a fair share of technical sections, such as “AK-47” and the “Bastard” the Gold tracks were faster in the morning and the rest of the pack were able to close the gap. Wade Young (ZAF), Billy Bolt (GBR), Mario Roman (ESP) were battling together for most of the morning. Mani hoped to maintain his advantage after the Service Point where the tracks became more technical with the classic Red Bull Romaniacs signature section “Brother of K2” and the steep sections in the Decebal area, but most of the riders knew that today was the day to make up time, not knowing what would be in store for tomorrow. Jonny Walker (GBR) did make up some time and found his groove later in the day but it wasn’t soon enough. Without the same physical exhaustion as yesterday, the young, wild ones were able to make their move and infiltrate the top dogs, finishing the day in the top ten with Teodor Kabakchiev (BGR) in 3rd place, Michael Walkner (AUT) in 8th, Dominik Olszowy (POL) in 9th, Trystan Hart (CAN) in 10th.
It was Wade Young who came through the finish first today followed by Billy Bolt and a surprising 3rd position for Teodor Kabakchiev, giving more reason for the top guns to feel the heat from the young ones. Overall lead is still in the hands of Mani by 23 minutes. 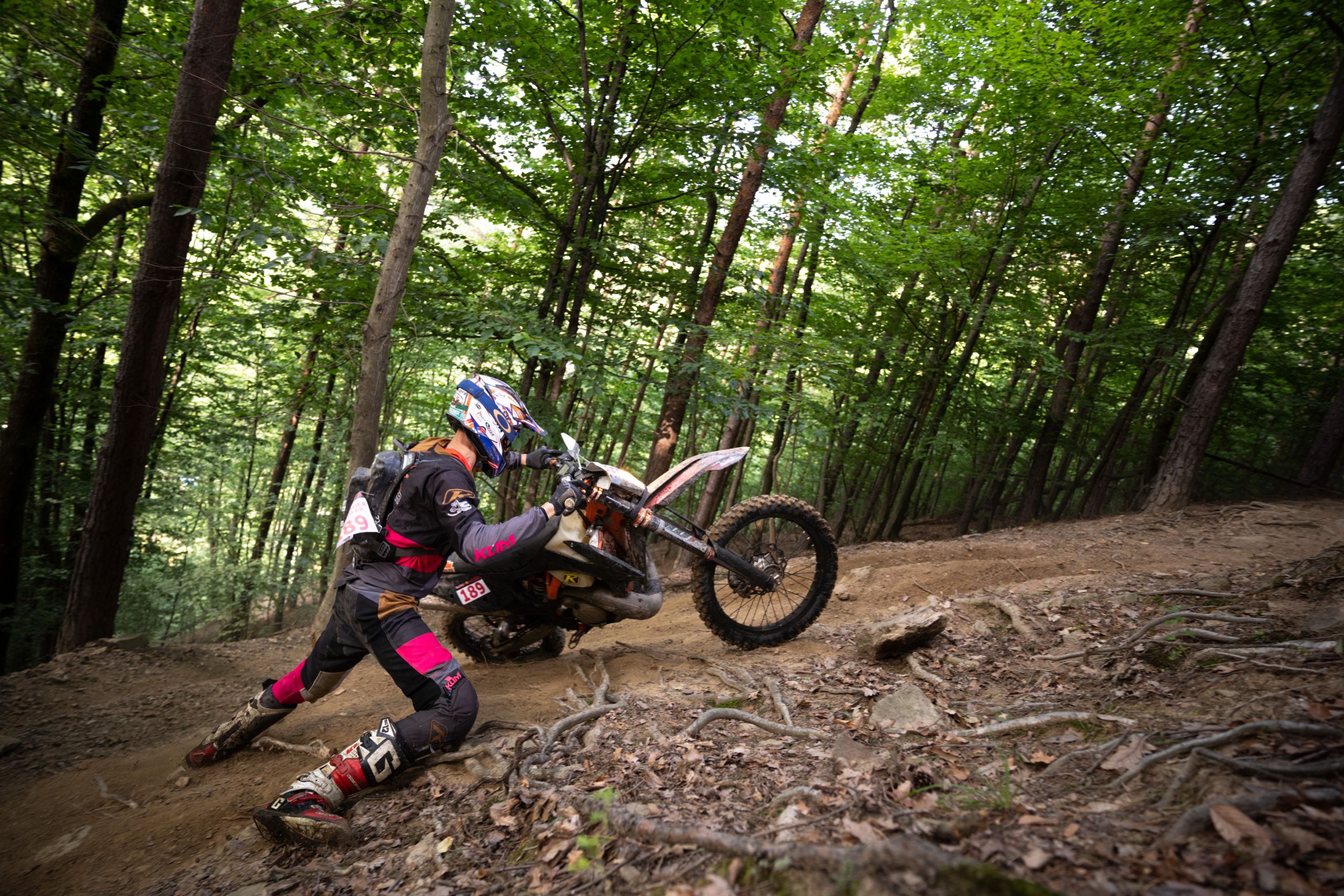 The Silver class also found that they did not have to dig quite as deep as the previous Offroad days and were able to pin it in places and follow tracks that hugged the forests. Nick Fahringer (USA) dominated in the class again today coming in first position, followed by Toni Mulec (SVN) in 2nd and Alessandro Jamie Lewis (GBR) in 3rd.

Pol Tarres could not stop smiling as he had the most enjoyable day yet, bravely piloting his Yamaha Tenere 700 to the finish in 24th position out of 197 Bronze riders who started this morning, placing him 21st overall. “I really enjoyed it today, all the time is a new challenge, every up- and downhill is like “what just happened”?! Many times in the day I can ride with a lot of flow. Today was most enjoyable, with a lot of good feelings. Tomorrow I will try the Gusterita Hill climb but I really don’t know if i can do it, I’ll try for sure, we’ll see”
Bronze class results: 1. Artem Kuncevich (BLR), 2. Bogdan Butiu (ROU), 3. Kilian Zierer (AUT) 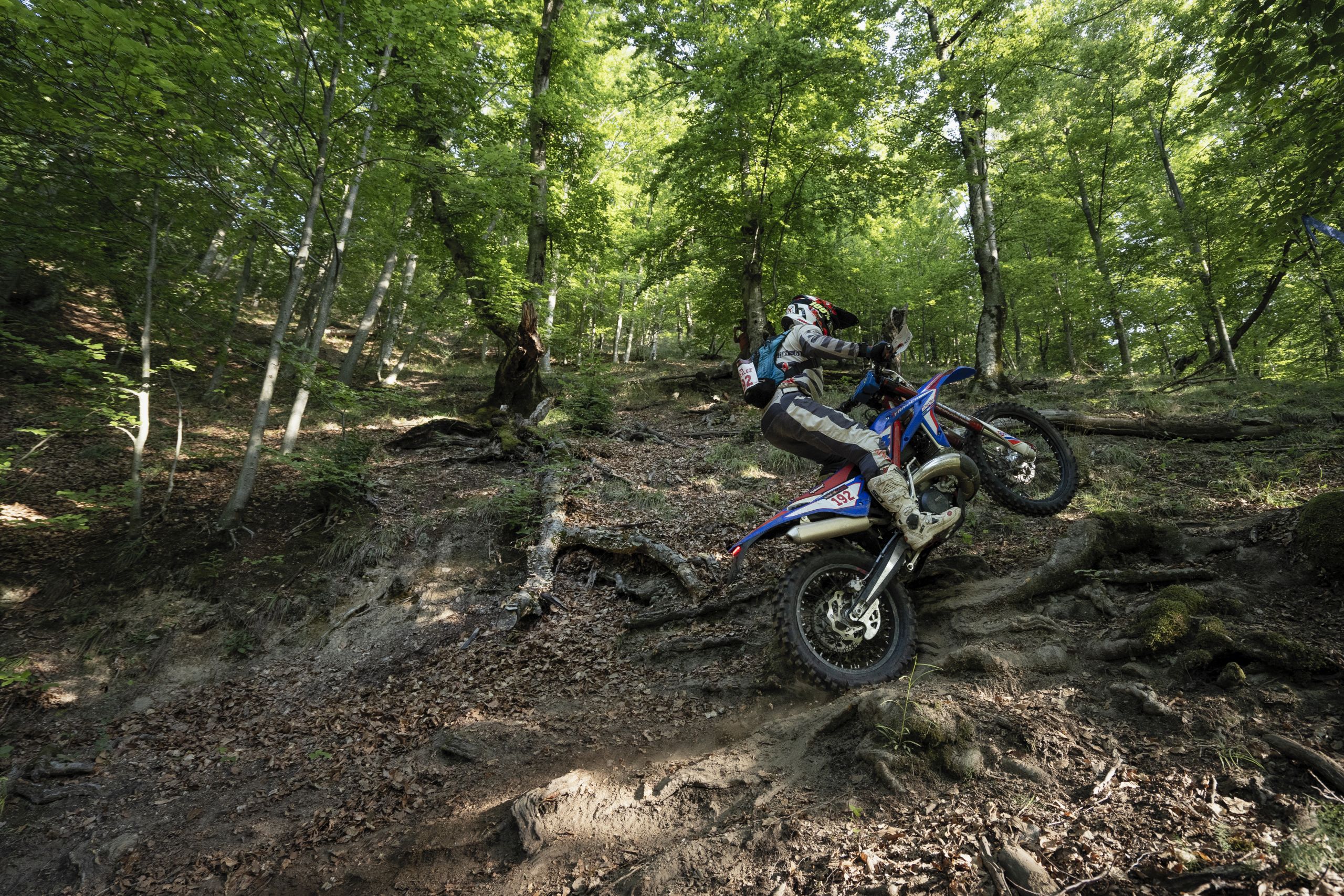 Iron and Atom class followed some fast tracks from Alba county and the Cindrel mountains passing through the Marginimea Sibiului area. There were some technical sections in the forests where wet logs and roots caught a few by surprise. The results were – Iron: 1. Tjaša Fifer (SVN), holding an overall 3 minutes lead, 2. Timo Hermlin (EST), 3. Artem Negrashov (RUS) and Atom: 1. Dmitry Akhmanaev (RUS), 2. Roman Kurbatov (RUS) and 3. Donald Melvin (USA) 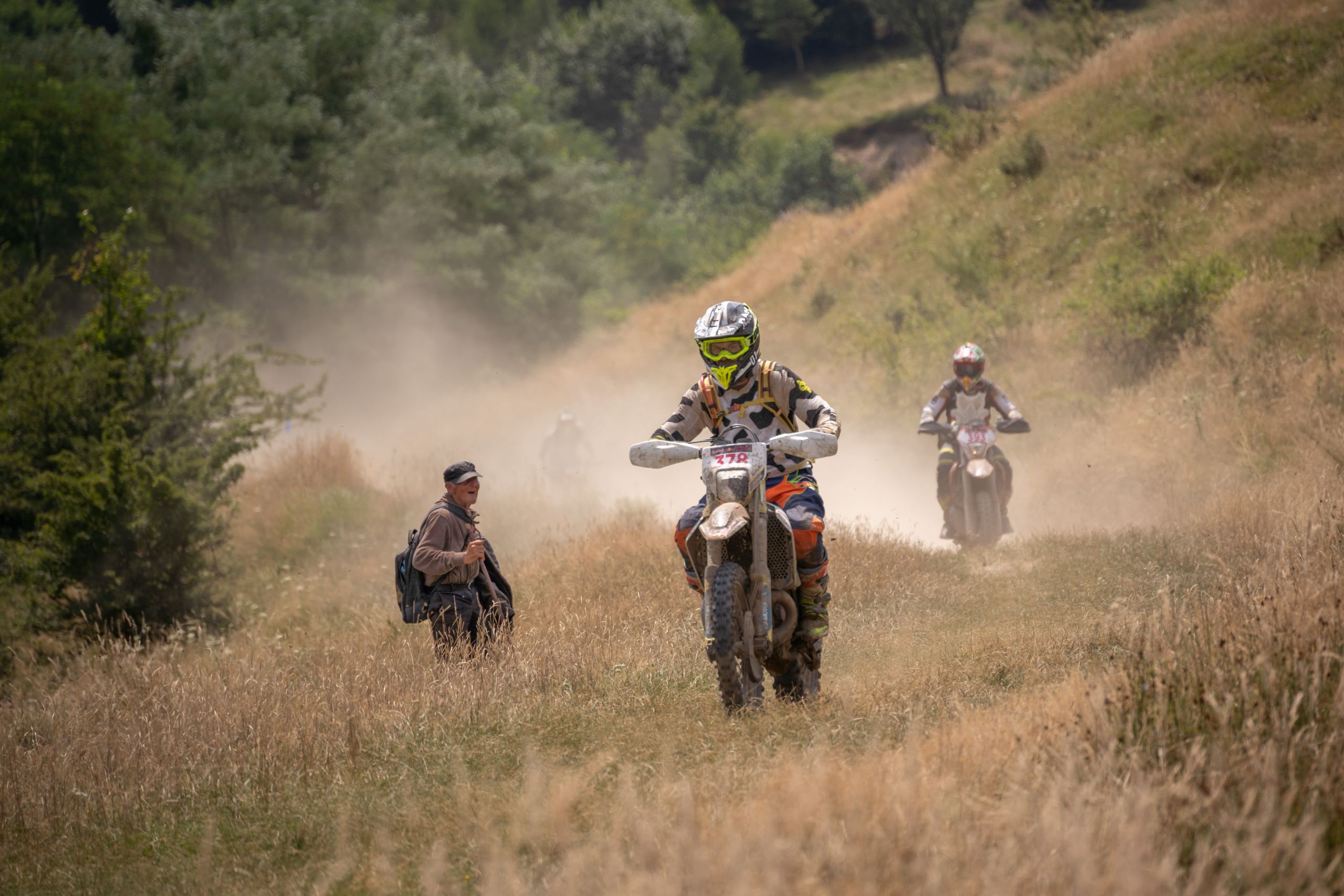 Today’s finish brought competitors back into civilization, passing by a Dacian fortress and descending into the city of Saliste and finishing in front of spectators who stood cheering along the river as they crossed the finish arch.

The overall feeling after Offroad Day 3 is that Martin regained the confidence of a few Gold riders today after he tried to “Kill ‘em all” yesterday! However, Offroad Day 4 is yet to come and riders realize it is not about to get any easier, signature sections like “Kiwi Hill”, “F*#k you Teo”, “Antifreeze” and the “Wolfsnest” will present extreme challenges and hard enduro nightmares. Service Point will be at the scenic Arena Platos ski resort and the famous Gusterita Hillclimb, with a few surprises thrown in by Andy Fazekas, will be the final challenge for this year’s Vertical Madness Reloaded 18th edition of Red Bull Romaniacs. 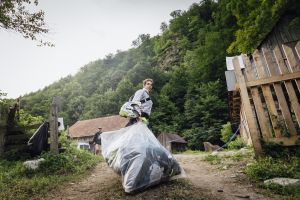 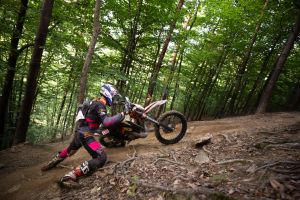 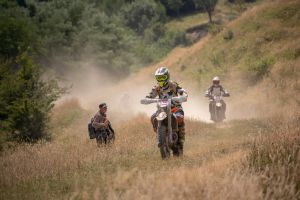 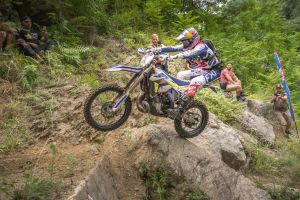 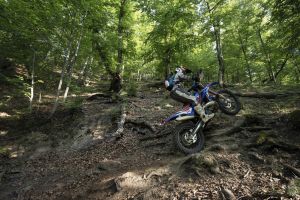 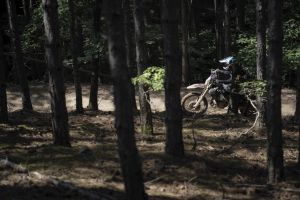 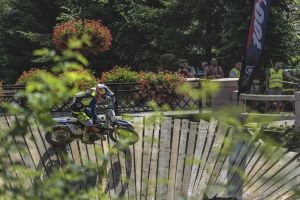 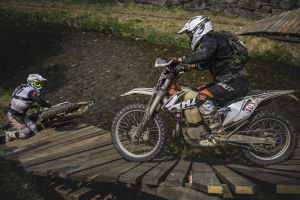 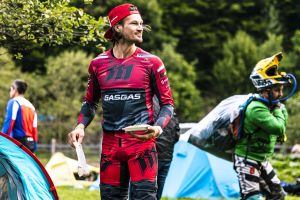 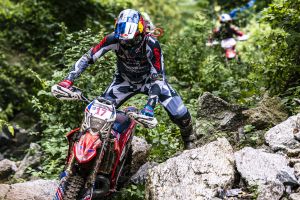 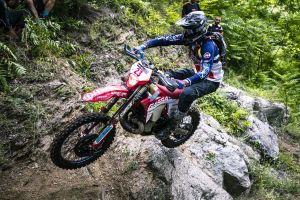