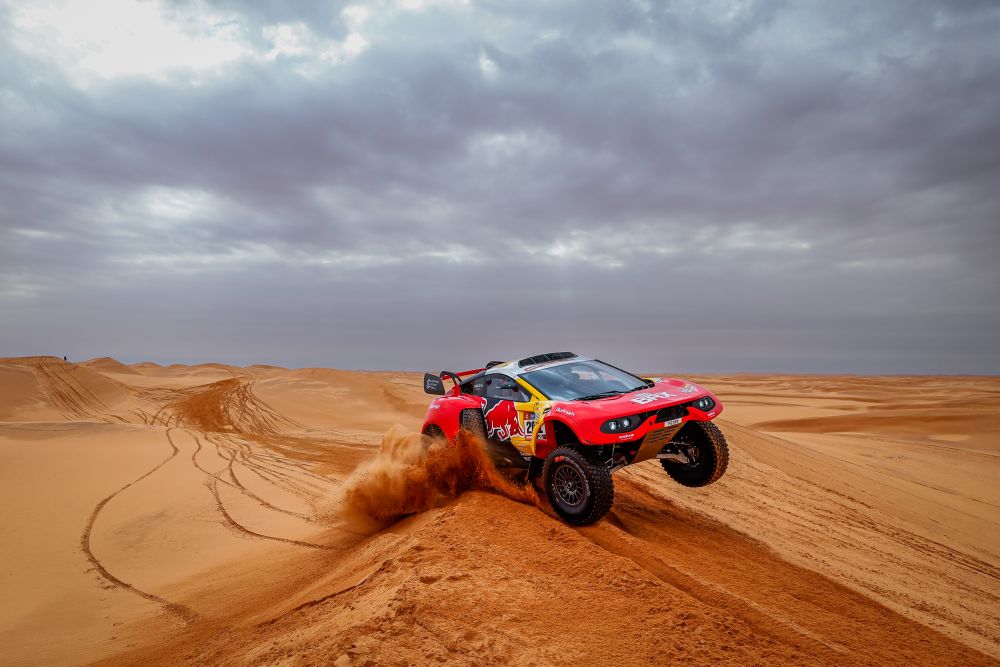 Luciano Benavides and Sebastien Loeb took victory in Tuesday’s ninth stage of the 2023 Dakar Rally, conquering the 359 kilometers of special stage towards Haradh in the motorcycle and car classes as racers returned to action after a rest day in Riyadh. Despite taking an early penalty after struggling to get off the start line, Loeb led an all-Prodrive Hunter podium ahead of Vaidotas Zala and Guerlain Chicherit, climbing back to third overall in the event; Benavides came in ahead of bike front-runners Toby Price and Skyler Howes. It was a hotly contested day of racing where three of the six premier classes (including the cars) were decided by less than a minute, and Benavides’ motorcycle win was just over that at 62 seconds. The T3 Lightweight Prototype class saw the closest of all: overall leader Guillaume De Mevius and Mitch Guthrie Jr. were both in the top three, but Argentina’s David Zille nipped them by two and 12 seconds, respectively. 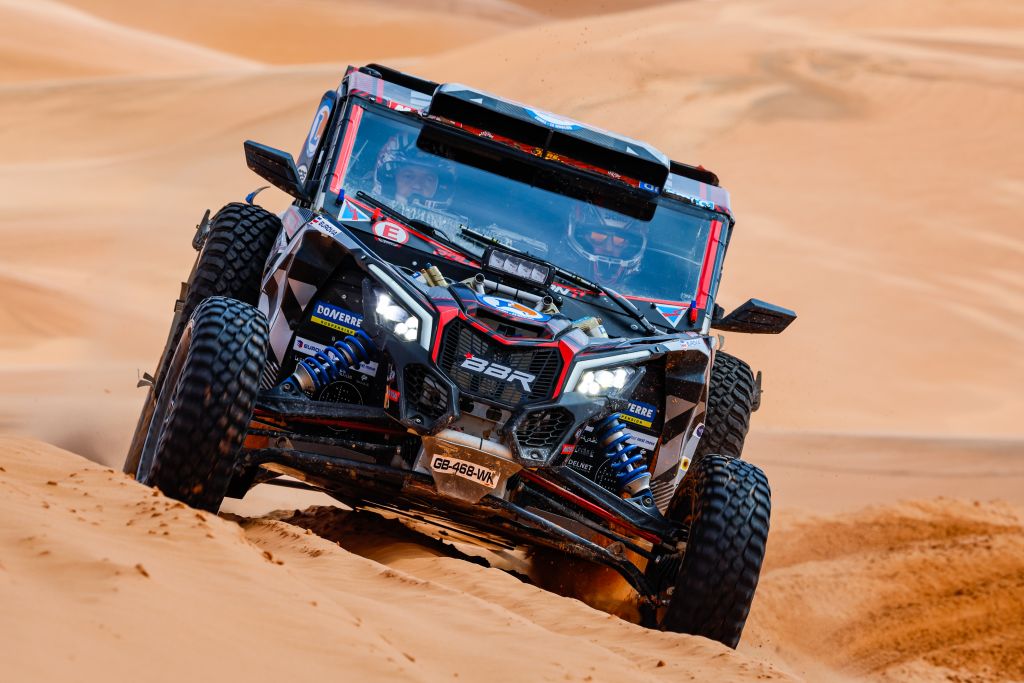 SSV action, during the Stage 9 of the Dakar 2023 between Riyadh and Haradh, on January 10th, 2023 in Haradh, Saudi Arabia – Photo Frederic Le Floc’h / DPPI

The T4 SSV class podium was separated by under a minute as well, with Eryk Goczal 46 seconds up and Rokas Baciuska and 57 seconds up on his uncle Michal. Only Janus Van Kasteren’s 3:06 advantage over Pascal De Baar in the trucks and Laisvydas Kancius’ 4:23 victory over Francisco Moreno Flores bucked the trend. 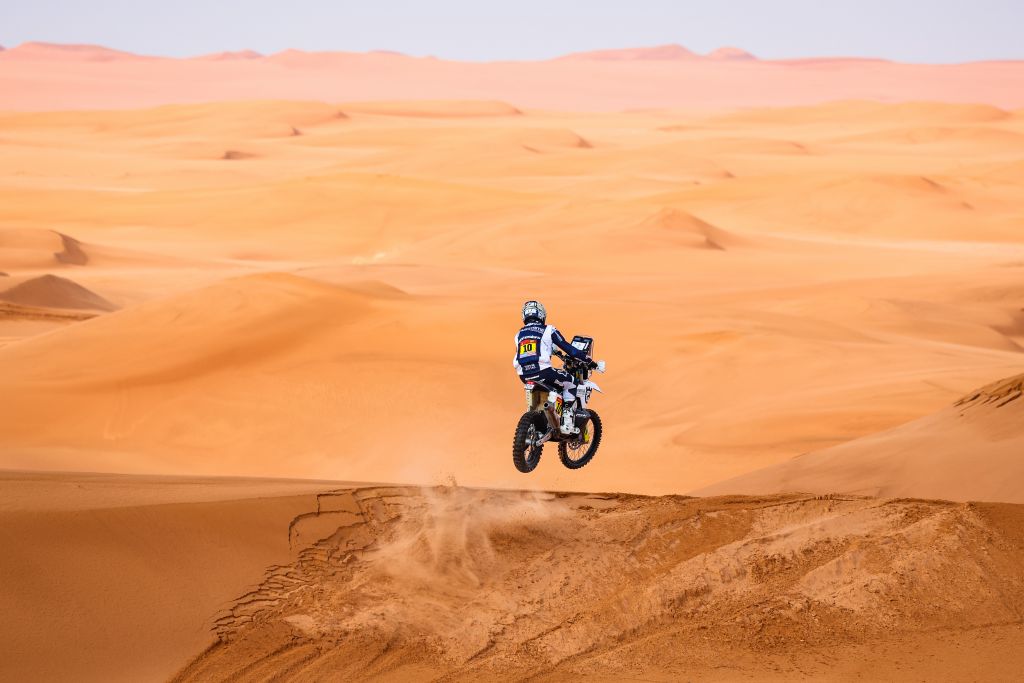 The time charts weren’t just compressed on the stages themselves, though. While Howes and Price have begun to put some distance on the rest of the bike field, they’re separated by just three seconds with five stages remaining. Baciuska remains just 5:02 ahead of the youngest Goczal in T4, and while De Mevius managed to put some time on AJ Jones in T3, they’re still only separated by 12 minutes. Al-Attiyah’s 1:21:67 advantage over standout rookie Lucas Moraes is now the biggest lead of the rally after Alexandre Giroud gave up more than three minutes to Moreno Flores with a fourth place finish on stage today. Unfortunately, today’s stage marked the end of the line for motorcycle veteran and 29-time Dakar stage winner Joan Barreda after a crash broke his L2 vertebra, and three-time car class winner Carlos Sainz suffered another major accident as well. Sainz had been airlifted to the hospital, but instructed the helicopter to turn around so he could complete the stage—only to have to withdraw from the event anyway because the damage to his Audi RS Q e-tron was too severe. Coverage of today’s Dakar Rally action will debut on Peacock at 6:30PM ET. Tomorrow’s Stage 10 takes competitors from Haradh to Shaybah as they approach the Empty Quarter, but most of the mileage will be transit; at 114 kilometers, it’s the shortest special stage route of the rally, excluding the Prologue.

Who The Hell Is Robbie Pierce? Previous post
Loeb, Branch Add to 2023 Dakar Rally Honors With Stage 10 Wins; New Leaders in Bikes and Trucks Next post