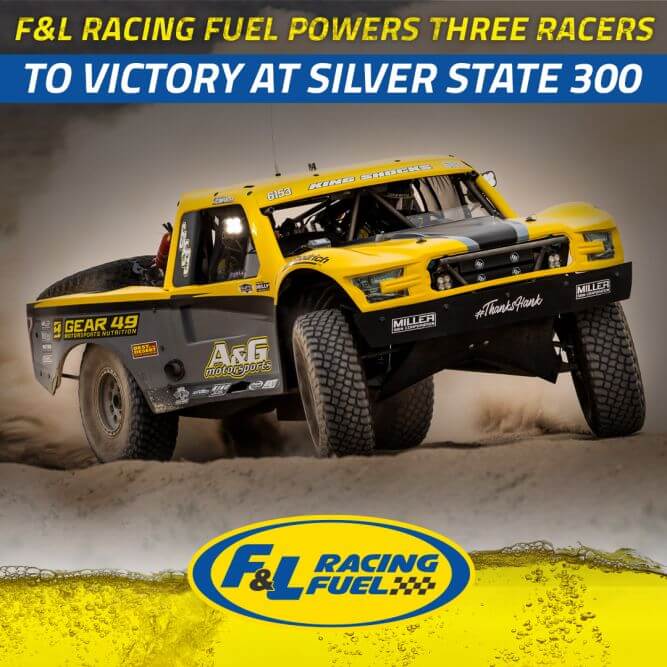 Alamo, NV
2021 Best In The Desert (BITD) series is in full swing and recently hosted the Silver State 300, the third event of the year. Always a favorite among the competitors, the 300-mile point-to-point race near Alamo, Nevada, is a distinct off-road race due to the region’s high desert, mountain mining roads, and isolated country dirt trails. F&L Racing Fuel-powered three different racers in three different classes to victory by merit of their high-speed precision driving.

The 6100 Spec Truck class presented incredibly close racing, with the top 5 running within sight of each other all day. Ray Griffith in the #6153 Geiser built A&G Motorsports truck ran flawlessly on F&L SP-3 to the finish line taking the win over 2nd place by a mere 13 seconds. Griffith started in 4th position and relentlessly closed the gap on the leaders to secure victory with a finishing time of 5 Hours, 5 Minutes, and 28.62 Seconds on course.

“We Did It! 1st place at the Silver State 300! I had a flawless run all day. The top 3 trucks were stacked up within around a minute of each other. We started 4th. I knew there would not be much room for passing, so I put my head down and drove through a lot of dust. We did exactly what we needed to do. Those last 15 miles, we left nothing on the table! We came through the finish hoping our hard work paid off and it did. We got the win by 13 seconds! It was an awesome race.” – 1st place finisher #6153 Ray Griffith

There were thirteen racers in the class. Griffith defeated the entire division and was ranked 9th fastest overall. Ray has been a long-time customer of F&L Racing Fuels, competing in all sorts of disciplines. He is a well-known and respected driver amongst his peers. 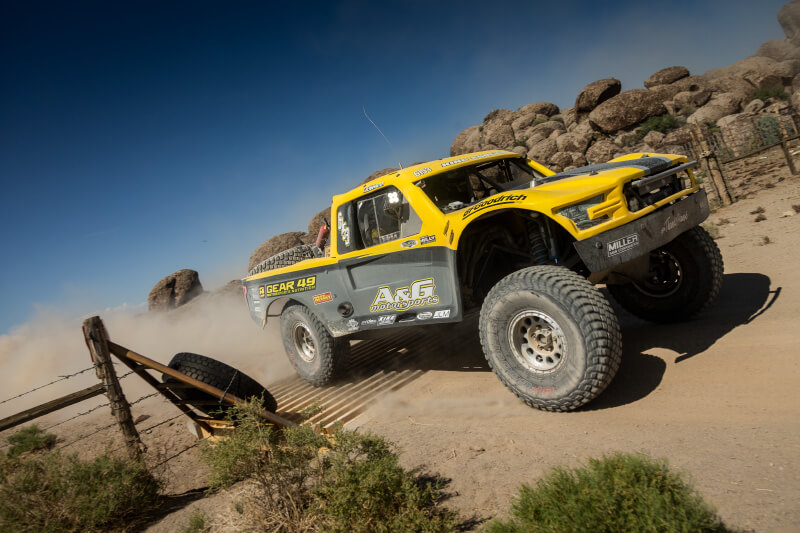 The next quickest of the bunch was the #1075 team, with Brent Fox as the primary driver of record. Preston Brigman filled in for Fox and drove the entire race winning the event with a finishing time of 5 Hours, 12 Minutes, and 46.64 Seconds running on F&L Performance E85.

“I came into the Silver State 300 with the mindset of wanting to put the FX Construction / Alumi Craft car on the top step. We started 3rd in class 1000 and knew it would be a dusty day and a challenge running all 280 miles without switching drivers. We hammered down from the get-go and tried never to look back. We shortly put ourselves into the lead by about Race Mile 35. We ran a great race and took the win! My co-driver Daniel Brown did an awesome job running all day. Brian from F&L Racing Fuels was awesome to help the day before the race with some last-minute technical advice. It was a good day.” – 1st place finisher #1075 Brent Fox (Preston Brigman) 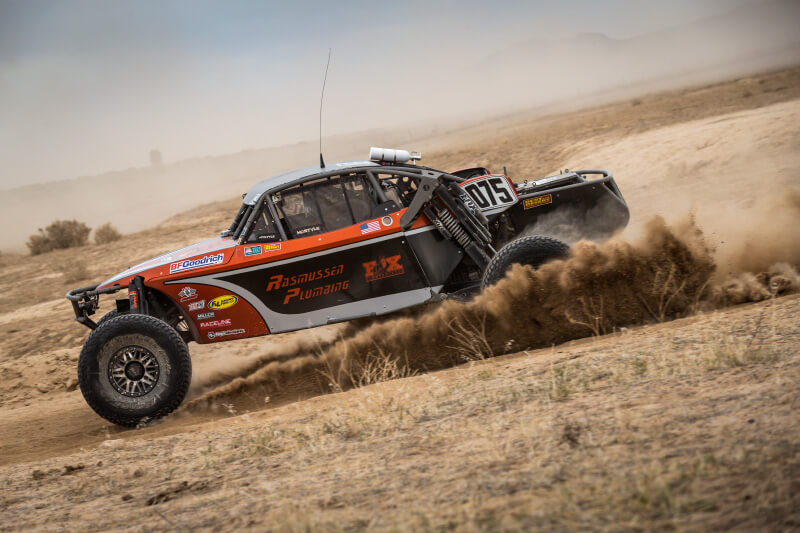 The third winner for F&L Racing fuels was Joe David in the #1526 Unlimited Buggy. He drove the entire race to earn his first BITD win. It was not without its struggle; however, Joe ran a smart race that positioned him with little downtime. Speeding at over 120 MPH, they came upon a herd of cows that only revealed themselves at the last minute. They avoided the roaming cattle safely and came close to disaster at the first highway crossing. After being waved out onto the road, they narrowly missed an approaching truck speeding towards them. Before Pit 2, Davis had a tire losing air, but it managed to hold on until they got to the scheduled pit. With little to no real downtime, speedy pit stops, and an intelligent race, Joe made it to the finish line after 5 Hours, 21 Minutes, and 79 Seconds and good enough for a 1st place finish.

“We did not have to get out and had no issues with the vehicle all day. We came close several times but managed to stay consistent, which got us the win! After we got through our issues, we had no problems and had smooth sailing to our first ever BITD win! Thank you to all of my family and crew for being there to support us to the finish! We could not have done it without you all! Being part of the F&L Racing Fuel family to me isn’t just about putting “the go juice” in your race car. It’s about being part of a team that supports you no matter what. If you need fuel at or before the event, it’s there. The crew knows you by name and you are in and out before you know it. Not only has F&L helped me when I was in a pinch, but I have also had the honor of returning the favor a few small times. It is always a pleasure helping those who help you.”

“We chose and continue to choose F&L SP-3 for many reasons,” Joe stated. “Not only is it our engine builder’s choice of fuel, but it also provides peace of mind while hauling down a dirt road knowing a high-quality fuel will protect your engine. There were plenty of times in the BITD Silver State 300 where our engine was revved to the moon at lengthy stretches and the fuel kept the engine running cool and in lean conditions. It also provided the horsepower we needed for getting out of the tight forest corners. The track was slick and when we needed the power to get out of the corners with our Wik’s Racing Engine never missing a lick. We could not have done it without Brian Busby, crew, and F&L Fuels with everything we have accomplished to date! Thank you all for the continued support and we will see you at the next Race!” – 1st place finisher #1526 Joe David 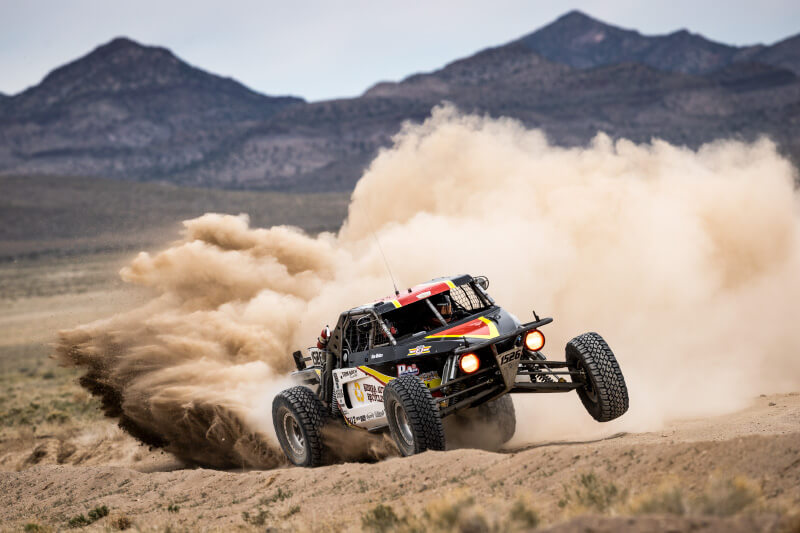 Brian Busby, General Manager of F&L stated “F&L Racing Fuels congratulates these long-time customers for their well-earned victories. Each race presents its own challenges, but the seasoned pros know how to keep it clean to the finish. High-performance driving mixed with high-quality fuels makes for a winning combination. If you look at each of these classes for the past 2-3 years, F&L has had more racers running up front or on the podium than any other race fuel.”

Founded in 1978 on the principles of Quality, Integrity and Performance, F&L Racing Fuel is committed to providing customers with the best performance racing fuel possible. With firm roots established in off-road racing, F&L Racing Fuel has been in the tanks of many winners of the SCORE’s Baja 1000 & Baja 500, BITD’s Vegas to Reno, Nevada 1000, Parker 425, and many more.

Sonora Rally 2021: Day 3, SS1: They Were Dune’d from Day One Previous post
BFGoodrich Tires Returns as Title Sponsor of The Mint 400 Next post