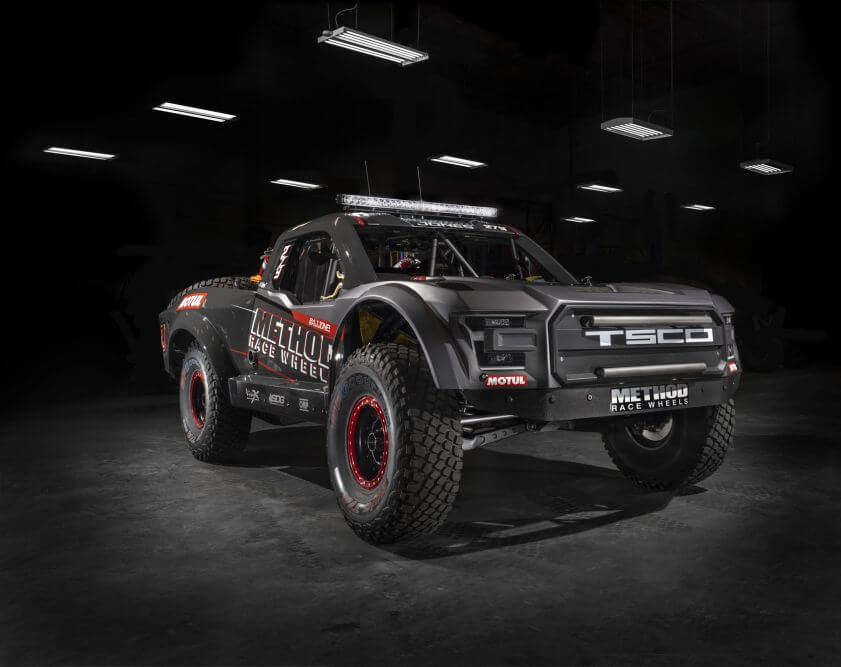 Built by championship builders and fabricators in 2017, TSCO Racing completed this masterpiece adding to the shop’s list of incredible builds. Powered by an LS3 Motor, and RDE transmission this Spec Trophy Truck produces an incredible 525 Horsepower. On the build are some of the top brands in the industry including Method Race Wheels, BFG Tires, and Vision X Lighting.

Aj Jones is the fortunate owner and driver of this well oiled machine, and in 2018 AJ teamed up with Bryce Swain to race the TSCO built and prepped Thunderstruck truck. The duo had immediate success winning the Parker 425, then going on to dominate the SCORE series beginning with a second place at the San Felipe 250, winning the Baja 500 then winning the Baja 1000 securing the SCORE championship by domination.

The 2020 off-road racing season (any many other things in life) have been drastically affected by Covid-19, so races have been limited.  AJ was planning on entering his 6100 Trophy Truck Spec the 1000hp Trophy Truck Class in an attempt to prove that drivers skills trump horsepower. Now due to the date and location changes of the Baja 500 he will now attack and look to dominate the 2020 Best in the Desert Vegas to Reno race on the weekend of  August 14th, 2020, there is no doubt this machine is 100% capable of handling everything thrown at it, the rest is up to Jones.

XP1K: The Story of Viral Off-Road Video Series that Sold Billions of Dollars of UTV's! Previous post
A Successful Tennessee Teardown in the Books Next post