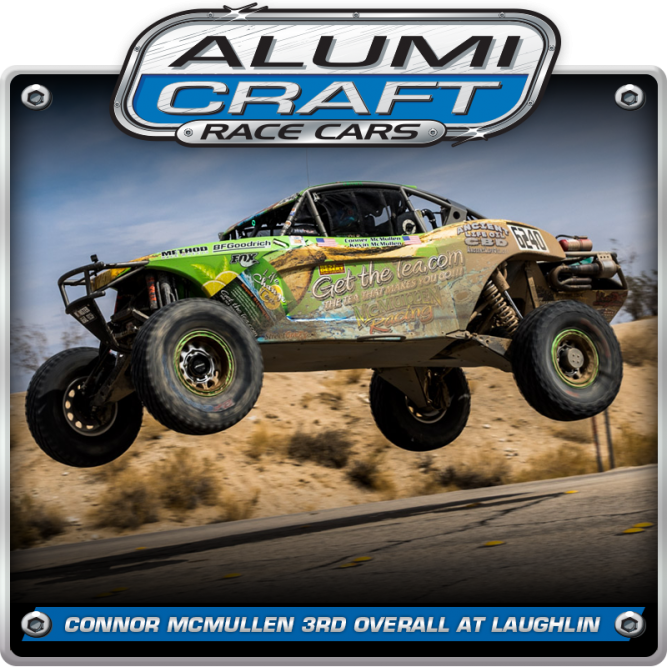 The Best In The Desert (BITD) Laughlin Desert Classic is a super popular race for competitors and spectators. There are two days of all-out, high-speed action on a smaller-sized 17-mile circuit. The sprint format divides the elite racers from the rest of the bunch. Once again, Alumi Craft Racer Connor McMullen prominently distinguished his talent by scoring the class win on both days and a combined time as 3rd fastest overall in his 6200 Class Spec Engine Unlimited Car. 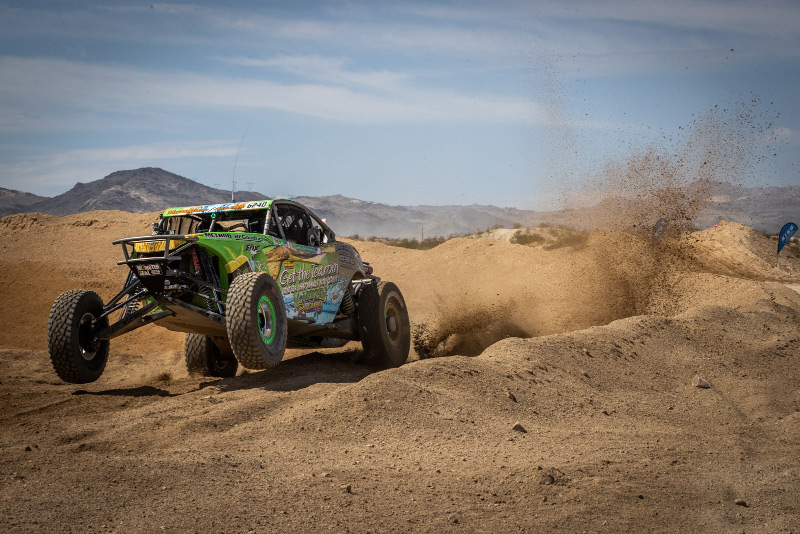 McMullen’s Alumi Craft Racecar is powered by a sealed V8 that is restricted to certain limitations. Despite being underpowered, Connor ran faster than all but the top two Trick Trucks, beating out 15+ other unlimited class vehicles. He was actually in contention for the overall win but suffered from a single flat tire on the first lap during Day 1.

McMullen’s total combined time on course was 2 Hours, 6 Minutes, and 9.509 Seconds. Justin Lofton, the event’s overall winner, beat out Connor by just over a minute flat. McMullen started out the weekend fast on the pole with the quickest time in Group A, knocking out Sam Berri in his 1500 Unlimited Buggy and 2nd fastest qualifier overall.

Connor reported a flawless weekend in his Alumi Craft. “We qualified first in class and second overall, just a single second behind the four-wheel-drive Trick Truck. Saturday’s race went great until the end of Lap 1. About three miles from the finish, we got a rear flat and had to drive to the hot pits and change it before we went across the finish line. That set us back for over three minutes. Sunday’s race went smoothly. We ended up winning the overall on the second day fifteen seconds ahead of the lead Trick Truck. Our GetTheTea.com 6200 was amazing, no issues whatsoever, not even a loose bolt.” 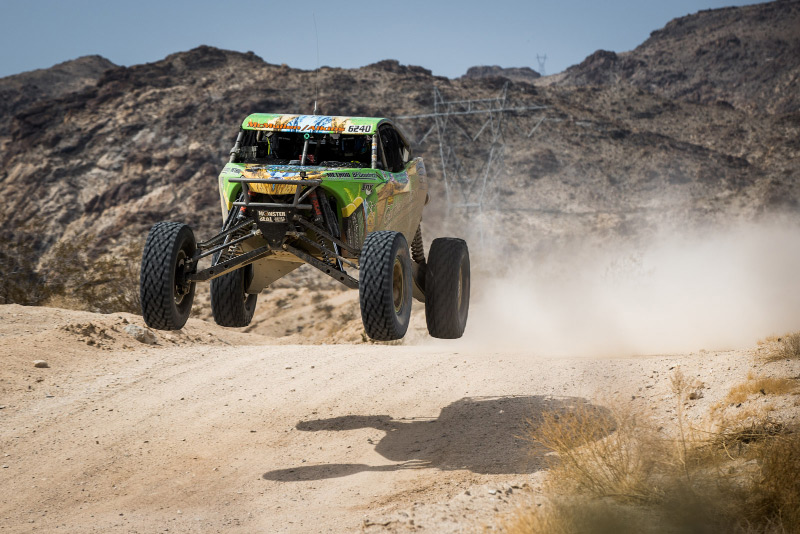 Another major win for Alumi Craft was the Class 1000 car of Preston Brigman. Splitting driver duties with Trevor Rasmussen, they earned the Class 1000 overall win for the weekend. On Day 1, Preston was twenty-three seconds faster than the #2 finisher of Bret Jeffers, also racing an Alumi Craft. On Sunday, Jeffers charged just a little harder to take the race victory, but Trevor did an excellent job and was able to keep it close enough on time to end up with the overall win for the weekend. 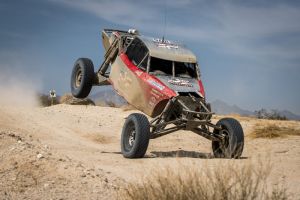 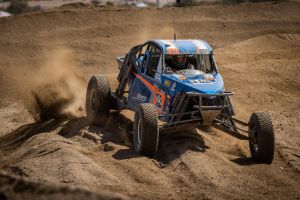 “We’d like to thank Brent Fox and FX Construction for allowing us to go out and race this last weekend,” Preston commented. “Mach 1 Race Prep helped us in the pits, and Alumi Craft makes the most awesome race cars. Because of the great quality and the prep, we were able to race Vegas to Reno in August, bring the car home, lighten it up and it was ready to go for Laughlin. You don’t get those kinds of results unless you are driving a high-quality vehicle.”

Racers who demand the top performance out of their equipment count on machines like Alumi Craft Racecars. Winners and champions like Connor McMullen know they can push their Alumi Craft harder to get to the finish line the quickest. If you need a competitive and fast vehicle capable of winning, call Alumi Craft Racecars for an expert consultation on what it takes. Give Alumi Craft a call at 619-596-9841 or go to: http://alumicraft.info/ to learn more about our race products and services.