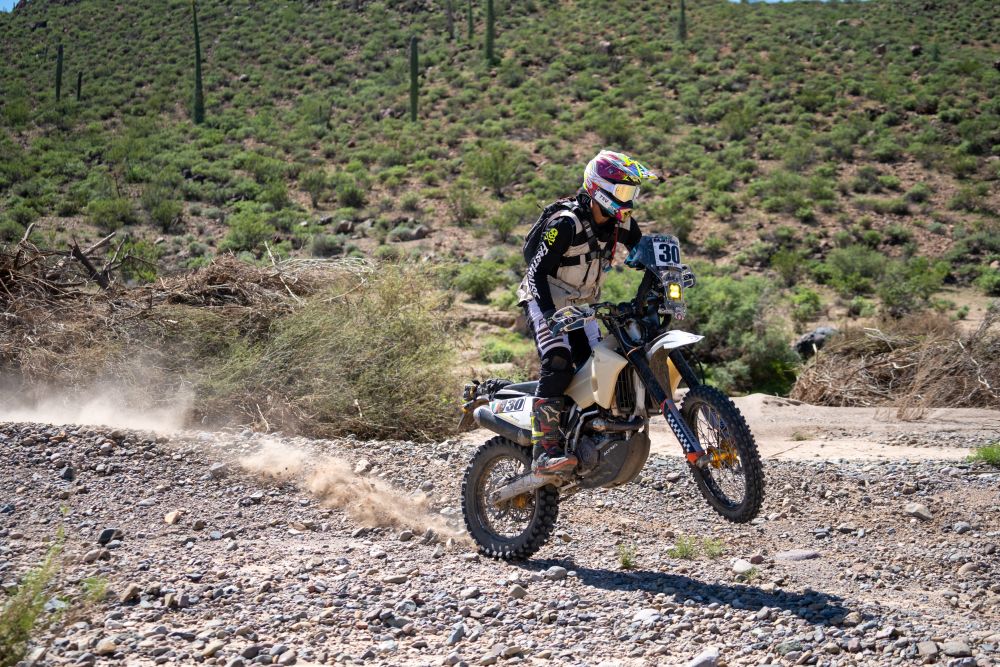 Key points: Stunning performances by Nick (#44) and Alec (#43) Brawner on the first day of the Baja Rally! Having started at the back of the pack, they arrived at the finish among the Top Five, claiming first and second seats overall. All the riders made it through to Stage Two, despite a few missing some waypoints.

“I looped out in the sand, but other than that, that was a great day. A fun track, the course is amazing. All the trees and the beautiful sights you can see. Hopefully, I’ll keep it going. Nick came back at one point, and I met with him and had to let him go because of all the dust. After that it was pretty easy. Other riders were very nice, letting me pass.” – Alec Brawner, Freedom Rally Team 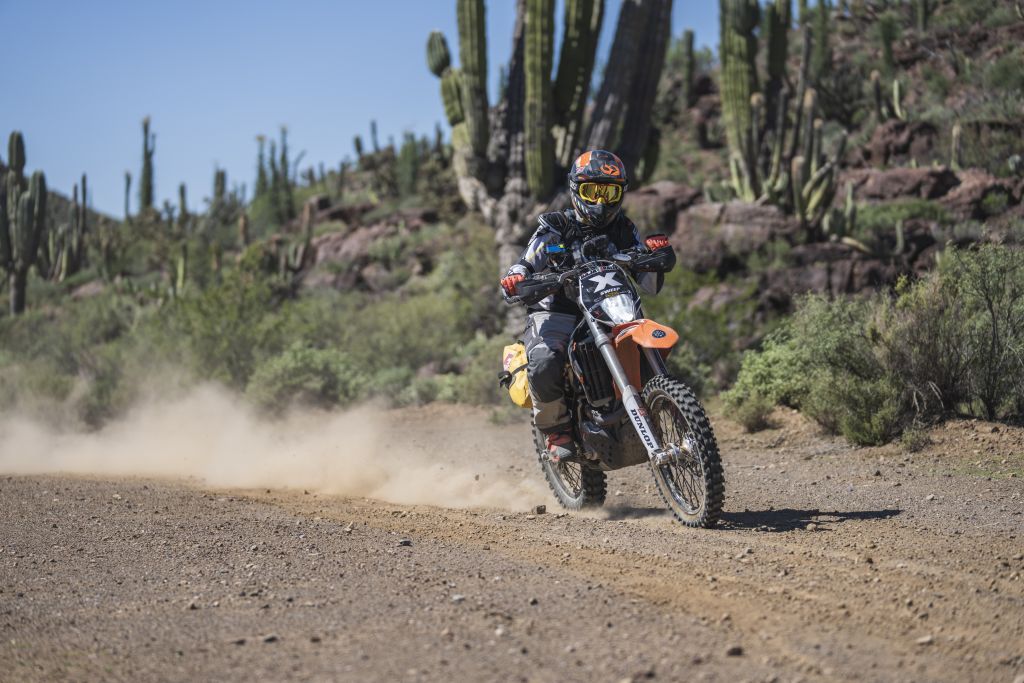 Portrait of the Stage. Without wasting time on a Prologue, the Six Day Baja Rally fired back to life into full-scale action. The day’s 156.5-timed miles of the first Special were designed to put riders and bikes to the test. And introduce them to everything they will encounter in the consecutive stages. A shakedown stage, you could say, but nothing tricky about navigation. The route started with a beach ride in San Quintin, and became rockier and more technical closer to Cataviña, with some very fast tracks as well. The stage was also designed to set expectations in terms of hazards after the erosion and the hurricane.

Baja Fact of the Day. Today the riders entered the Valle de Los Cirios, or the Valley of the Candles — a place of a very particular fascinating beauty and the second-largest wildlife protection area in Mexico. Not everyone has the opportunity to race here, but due to Baja Rally’s collaboration with the local authorities, the riders were able to be up-close and personal with the Bojoom trees and hundreds of other cacti species growing along the route. Even small cacti are like concrete if you hit them, so it was a good lesson for some to learn that avoiding them was dire. The reserve covers a third of Baja California territory and provides the scenic backdrop for the significant part of the course. 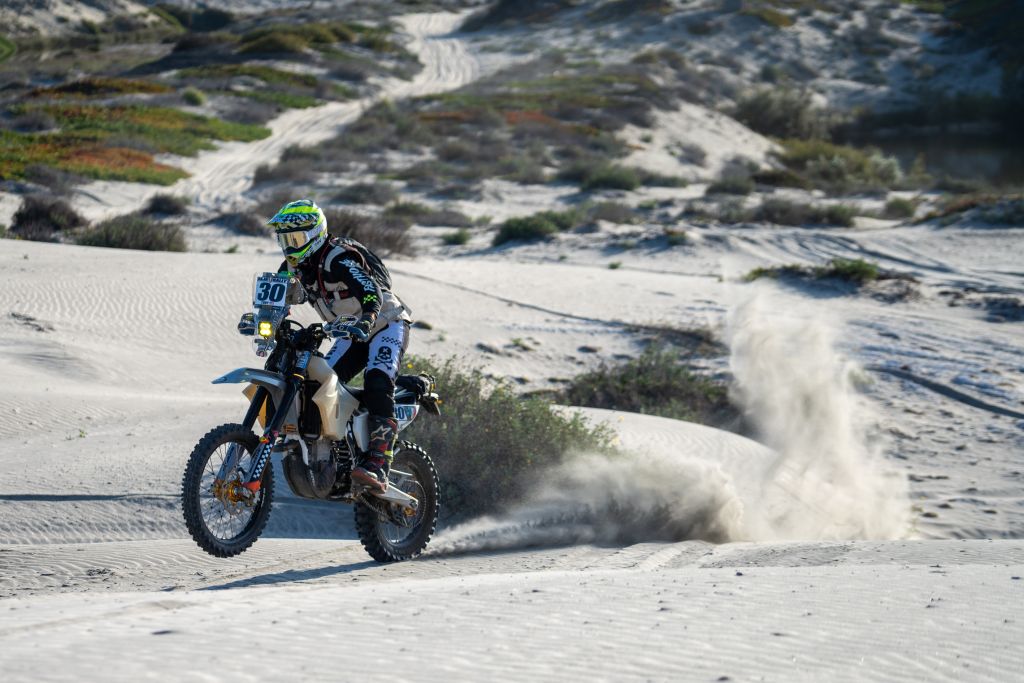 Brawner: Remember this Name… As you’ll likely hear it in the rally world over the coming years. The young brothers, Nick and Alec, have enduro background, and with the support of the Freedom Rally Team, they made their first steps into the roadbook world this year competing at the Yellowstone Rally. Their Baja debut exceeded all expectations, especially for Nick Brawner, who finished First with a solid 21-minute gap. Just yesterday, he was considering bailing out, as his collarbone has not yet recovered from some damage he endured while whipping around the 110cc-bike. The brothers were overtaking a large part of the pack one by one, and some participants recall being stuck in a “Kansas sandwich” for a time – but not for too long! However, it’s just the first day out of six, and time will tell if they manage to keep it going, especially starting in the first position tomorrow.

“That was fun! Rocky, a little sketchy, but arm feels good. I made a few mistakes, but nothing crazy. The route was a mixture of everything, pretty fast in some sections. No clue about what my result will be, hopefully top-5.” – Nick Brawner, Freedom Rally Team 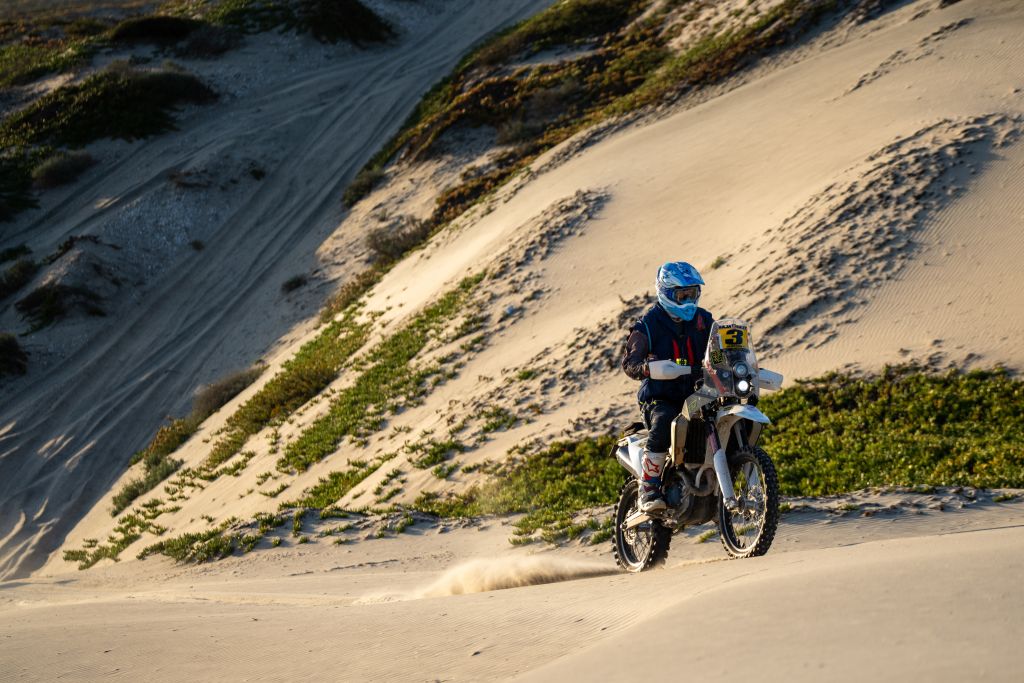 The Third seed overall today was the ISDE veteran, multiple medalist and Cispus Cycles Off-Road Training School owner, Paul Neff (#10), arriving with an 8-minute difference after the second of the brothers. You can see a big difference in the level of riders and, consequently, in the results. The fastest guys made the whole stage in just four and a half hours, while it took less experienced riders over seven hours, even skipping some final waypoints, to reach the finish before the dark. However long and challenging it was for some, all of them made it to the finish line and are ready to continue into the beautiful 213-kilometer Loop Special tomorrow.
Story of the Day. The Baja Rally 2019 was hard for #33 Mo Hard. His engine blew up, so he had to change it overnight and didn’t have the energy to change the mouse. Mo’s rear wheel exploded in the middle of nowhere, and the only way for him to return to the bivouac would be leaving his bike alone in the desert. However, a Cataviña local named Jose ventured with him on a 12-hour extraction operation to help him retrieve it. Now, years down the line, Mo managed to find this Good Samaritan and thank him again and bring Jose his jersey as a token of gratitude to commemorate the experience. 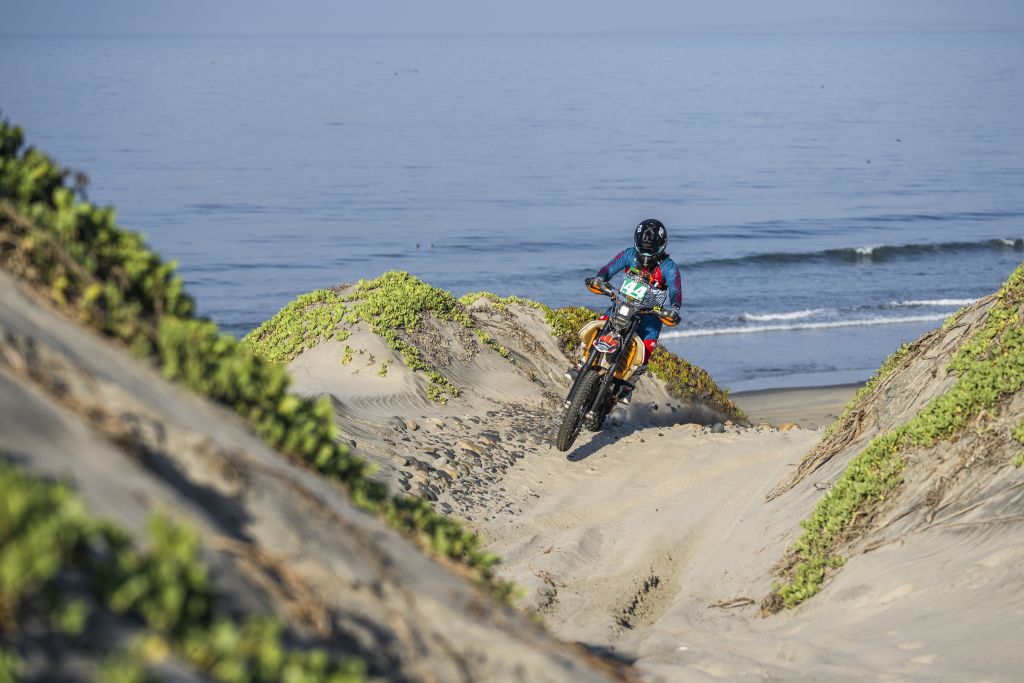 We’ll continue following up with daily updates and more stories from the one and only premiere Rally Raid on Baja peninsula. You can also check @bajarally Instagram account for behind-the-scenes footage.