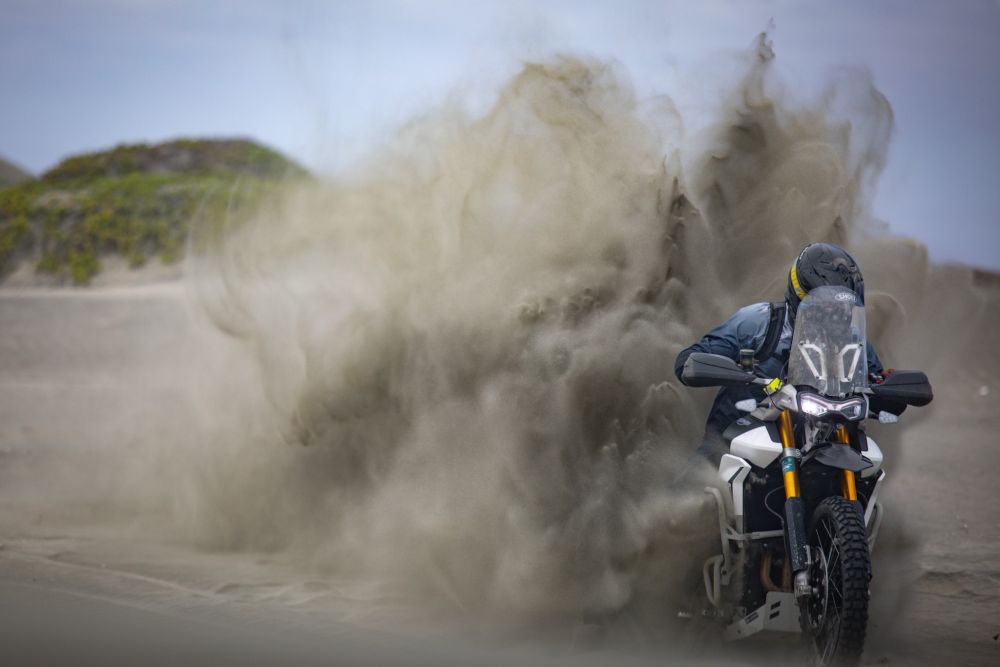 Baja Rally Is Back with More Specials, a Marathon Stage and a Few Surprises

After the pandemic made the whole world take pause, the 9th edition of the Baja Rally – the Peninsula’s premiere rally raid – is back with its challenging and diverse courses, stunning desert views and warm bivouac atmosphere. Today, a total number of 30 rookies, rally veterans and Dakar entrants alike underwent administrative and technical checks at the oceanside Hotel Mision Santa Maria in full view of the Pacific. And they’re ready to throttle down the coast and straight into the desert!

2022 Features. For the first time since its inception, the rally organizers added an additional race day on top of the original five, while also introducing marathon stages to give riders more opportunity to challenge themselves. But further obstacles mean increased security protocol: a brand-new ambulance on sight every day, a medi-helicopter, experienced moto medic teams and fast-moving sweeps. Historically, it seems every few years a hurricane has hit the Mexican state shortly before the rally. So as an added precaution, the organizers rechecked the route and appended the roadbook where needed. It’s not going to be impassable, but it’s not going to be easy either. The ultimate adventure with everything that Baja has to offer.

Longer Route with No Liaisons. This 1134-mile route sets off from rally headquarters in seaside San Quintin and takes the caravan on a breathtaking ride along the Pacific Coast into the pristine reserve, Valle de los Cirios, in Cataviña, where the second loop stage occurs. Following is Marathon Stages A and B with an overnight stay in beautiful Bahia de Los Angeles for only the racers, while mechanics and teams will spend the Rest Day in Cataviña. After participants return to Cataviña for another loop stage, they will still have an Epilogue Special back to San Quintin. In terms of terrain, riders have to be ready for everything: sand washes, volcanic rock, Colorado-style silky red soil, some technical hill climbs and single tracks. Valle de los Cirios, which hosts a large part of the course, has a dynamic variety of landscape which changes as the miles go by. Baja Rally can proudly claim that with no pre-running and strict attention to course details, their event is eco-friendly and has close to zero impact on the environment, a quality confirmed by a several-hundred-page impact study conducted by biologists and the local authorities.

Wider Participant Geography. This year the race is breaking records in terms of the geographic diversity of participants. There are nine countries present: the U.S., Mexico, Canada, Australia, South Africa, Holland, Spain, Russia, and Belarus. A solid half of the participants are novices, doing their first rally race. Another half comprises Intermediate Rally 1 riders (6), and Pros (9), some of them intending to flex muscles before the Dakar this year. Two Bravehearts do the race Malle Moto with no mechanic assistance, one of them on a heavyweight Triumph Tiger 900 to top it up. The untimed Adventure Class, which used to allow novice participants to use GPS navigation as a means to conquer the course, remained in the past, and presently the roadbook is the only means of nav for all participants.

“Baja Rally 2022 is going to be the year of the rookie. We have more rookies and first-time rally racers in this edition than we’ve ever had. And those first-timers comprise the largest group of classification. For many of the riders, it’s their first time racing in a rally raid altogether. There’s something very promising about that, so we are really optimistic and looking forward to Monday.” – Scotty Breauxman, Stage Designer

We’ll follow up with daily updates about the one and only premiere Rally Raid on Baja peninsula. You can also check www.bajarallymoto.com website for the detailed results, and @bajarally Instagram account for behind-the-scenes footage.