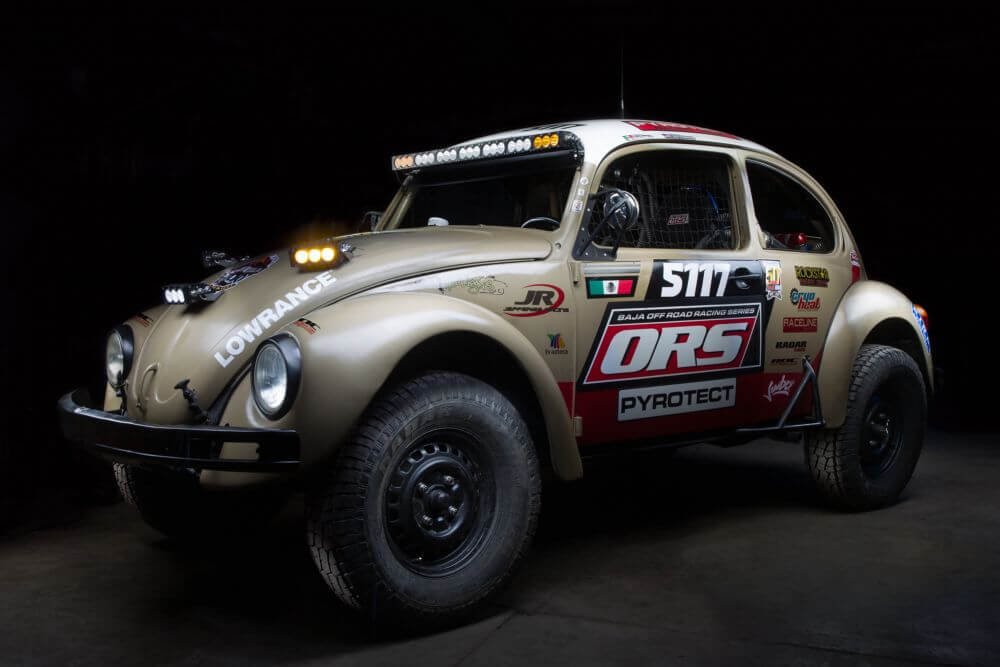 To celebrate the return of the Class 11 to the Mint 400 we bring you one of the newest Class 11’s directly from Ensenada. Hector Maymes built this machine to race the last Baja 1000 in celebration of the 50th Anniversary, unfortunately the race ended early due to mechanical failure. It’s pretty common that new cars usually don’t last long on their first event however Hector is back and feels pretty confident for this upcoming race, The Mint 400.

As everyone knows, this is the stock class by definition, engine, suspension, chasis can’t be modified but that doesn’t mean it can’t be reinforced. This Class 11 was built using top-tier parts. The engine which was built by “Wero Loco” using a Low compression stock 1600cc. The suspension is using the stock geometry but huge King shocks that were made for a project of Bj Baldwin’s were used. (There was a time when CODE invited Trophy Truck drivers to race in Class 11 a few years ago)

On the interior we found a Lowrance 5HDS as a navigation unit, a nice Pro-Am shifter for the Tranny which was prepped by Negrito Transmisiones and a PCI radio as the communication unit. On the rear a Pyrotect 15-gallon fuel cell is ready to get filled and next to it you can see the huge reservoirs of the King shocks, those things must perform really good on a car of this size.

Here’s the full Specs and photo gallery for your viewing pleasure.