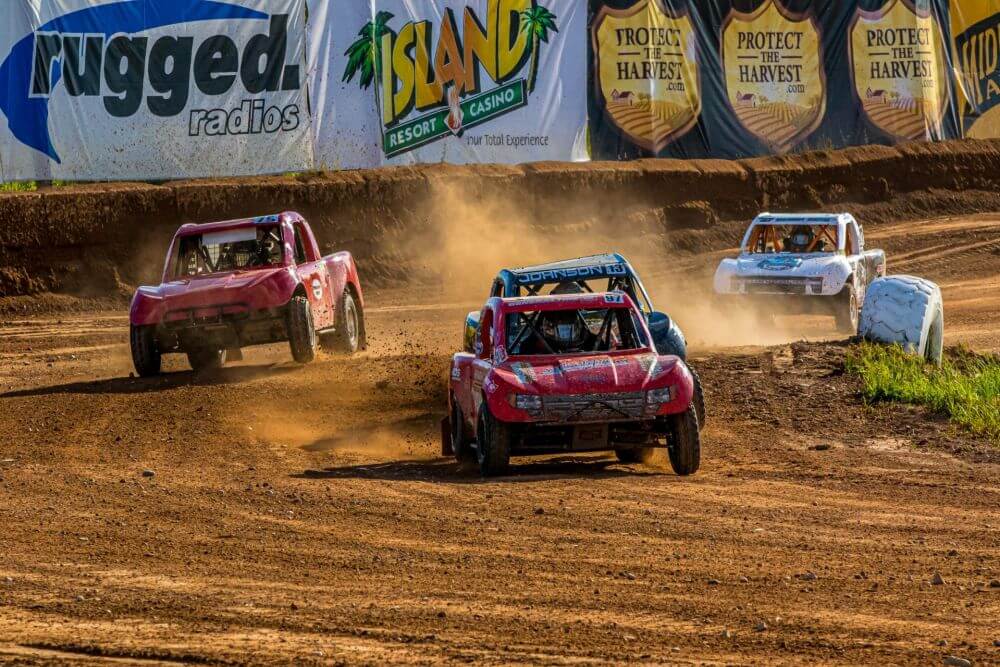 Bark River, Mich. (July 13, 2020)~ Officials from Bark River International Raceway, the Bark River Lions Club and Championship Off Road, regret to announce that the 45thAnnual Island Resort and Casino Off-Road Rumble in the U.P scheduled for August 14-16, has been canceled due to the on-going, and ever-changing COVID-19 Pandemic.

Series and event leaders met on Monday and overwhelmingly voted to cancel the annual off road race held in Michigan’s Upper Peninsula every August, citing Executive Order 2020-115 regarding the states “Rules on Gathers, Performances and Event.” This order was signed by the Governor in early June, and limits events, such as racetracks to no more than 500 people in attendance.

Although we are disappointed to make this announcement, we understand that the best interests of the health and safety of our club members, staff, volunteers, vendors, sponsors, racers, and race fans cannot be overlooked.

We look forward to the summer of 2021 when we will provide our fans with the best professional short course, off-road racing in the country. Our commitment to host a world class event, and to the safety of everyone involved will continue to be a priority. But most importantly, the Bark River Lions Club will continue to support the projects and organizations that the proceeds from this event impact the most.

The Bark River Lions Club thanks you for your past support of our events and we look forward to seeing all of you in 2021.

The news comes just days after Championship Off-Road opened up its inaugural season with two successful days of racing in Minnesota. Series officials are disappointed in the decision to cancel such a historical event, and will continue its focus on the on-going battle of building a new series in the midst of a pandemic.

“We were really looking forward to seeing Championship Off-Road on the wide-open Bark River track this year, and were hopeful we could make it happen next month,” said Carl Schubitzke, Series President. “We are confident in the strength of our remaining schedule, and we are looking at all options to see if there is a venue that can accommodate another event for us in 2020.”

Championship Off-Road returns next week with a stop at the new Dirt City Motorplex facility in Lena, Wisconsin (July 25-26). The series will draw to a close with two events at Crandon International Raceway in September.