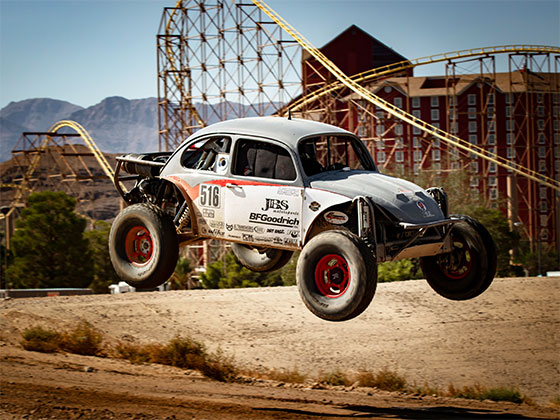 Primm, Nevada — The COVID-19 situation turned this year’s race season on it’s head, but it did not stop the SNORE Battle at Primm. Usually run in late spring, this year’s BAP was held over the weekend of Oct 9-11 and delivered two full days of racing excitement. Classes were divided among heats run on Saturday and Sunday and winners were crowned by the best combined time over two days. The BAP’s unique two day format allows race teams to make adjustments after day one to up their chances of a better performance on day two.

Podium sweeps. Weddle-equipped teams not only took class wins but managed to sweep the podium in two classes. 1634 Curt Geer finished first, followed by 1647 Rob Hendrickson in second and 1682 Jordan Dean in third on the in Class 1/2-1600, podium. In Class 5/1600, 554 Raul Solano took the win, with 568 Guy Savedra in second and 570 Ruben Garcia Jr finishing third. All six vehicles are equipped with Weddle Racing Gears.

As the 2020 winds down, we are already looking forward to a full season of racing in 2021.