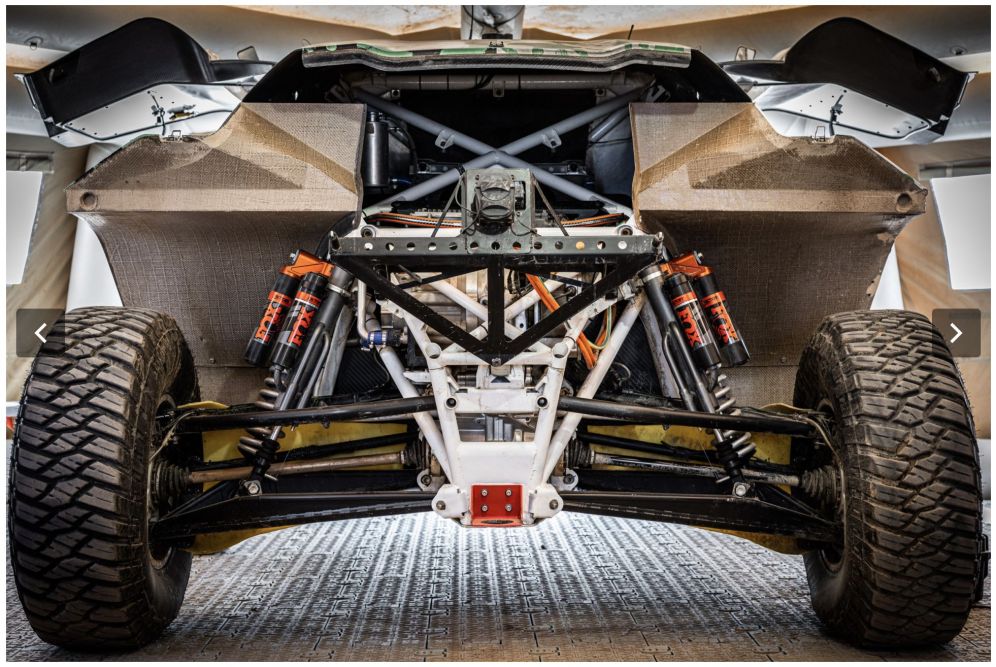 Behind The Scenes With FOX Shocks At Extreme E In Sardinia

Anew chapter in the FOX racing evolution continued in Sardinia, Italy in early July, as all 10 Extreme E spec Spark Odyssey 21 electric vehicles rubbed fenders and battled for glory on FOX suspension for the first time. We caught up with FOX Director of Motorsports Bobby Smith and Program Manager Bryan Harrold for a behind-the-scenes look at what it took to support 20 racers on the other side of the world.

“Motorsports is thrilled with the results of the first race,” Smith explained. “Extreme E required FOX to tune shocks with the help of a new driver; normally we tune directly with the race drivers, so we were anxious to see how our tune would be perceived by the seasoned series drivers. Our shock setup got positive feedback from ALL the drivers and the drivers were absolutely pushing the cars to the limit, the Motorsports team couldn’t have asked for a better outcome.”

“The overall feedback was with the new suspension, the cars now felt like proper race cars and were much safer to drive,” Smith added. “Multiple drivers commented that without the new shocks there would have been tons of crashes. The crew also said the racing was the best they have seen yet because the drivers could push the cars to the limit with complete control. They also shared it was obvious the racers were now racing the vehicles rather than just trying to survive around the track.”

“Having FOX shocks on the Extreme E race vehicles has been a big improvement not only to the drivability but also to the safety,” No. 99 GMC HUMMER EV Chip Ganassi driver Sara Price said. “I’ve been racing on FOX for many years alongside the best in off-road racing. They are my choice not only for the quality of product but the quality of people behind the brand.” Price and co-driver Kyle LeDuc won the first Island X Prix race in Sardinia, and she’s the first female driver to win for Ganassi in their 30-year motorsports history.

“Our race support has historically been US and Baja focused, so joining the Extreme E series presented some new logistical challenges for us,” Harrold explained.

“The first was to develop and produce a custom spec shock package for the XE Odyssey platform in a matter of a couple months, then ship two sets of shocks directly to each of the 10 teams spread across Europe,” he added. “Because the second round of the season was pushed back to Sardinia as a double header in July, all the teams got access to their cars in May for some new suspension upgrades and testing, including our new shock package.”

“That meant we had a very narrow timeframe to get all the teams shocks for testing ahead of the Sardinia rounds. That was a bit hectic with the current state of global shipping, but we got it done and learned a lot about shipping logistics in the process!

“When we support US and Baja off-road races, we usually drive to the event with one or more of our race support vehicles, like our fully equipped Sprinter van or toterhome, which are stocked with all the spare parts and tools we need to be able to tune and completely rebuild shocks if necessary,” Harrold added. “With Extreme E a transcontinental race series, we took a different approach joining the series mid-season.”

The standard garage setup in the Extreme E paddock is a cool inflatable tent by Aireshelta, which all teams and technical partners use at each race. Aireshelta and Extreme E got the FOX Motorsports team dialed in with its own FOX-branded tent, but they had to come up with everything they needed to outfit it and support the race teams. New toolbox/workbench combos, desks, spare parts, tools, and all its supplies had to be shipped directly to Sardinia.

“The trickiest part was getting some of our critical supplies like our proprietary FOX JM92 shock fluid, torch gas, contact cleaner, and nitrogen there due to their hazardous nature and/or limitations on shipping,” Harrold explained. “Those are standard supplies we typically take for granted here in the US, but without those, we wouldn’t be able to rebuild or repair shocks onsite.

“Thankfully, we were able to get everything we needed shipped or sourced locally thanks to the support of a few people (a big thanks to the AFC Energy team and FOX Europe’s Christoph Ritzler on the assists). Upon arrival of the FOX team in Sardinia, we had to make a few repairs to one of the desks that was damaged in transit, but we were thrilled to see that everything made it on time.”

At Sardinia, the FOX team was supplied with a 2.3m x 2m sledge to load all their equipment and supplies on for transport to the remaining rounds, onto which it built a frame and had a waterproof cover made for. All its toolboxes, desks and supply boxes had to be designed around fitting on this sledge, which gets loaded into a container and onto the series cargo/hospitality ship, the St. Helena.

“The ship transports all the race cars, the teams’ sledges just like ours, and the entire infrastructure for each race to each remote race location. From there, our sledge will be dropped off at our tent in the paddock and we’ll do it all over again.”

“Now that we’ve got two rounds of XE racing under our belt from the double header in Sardinia, we have a bit of a better understanding of what to expect regarding what the teams need for shock support, as well as some ideas on how we can improve our tent, which was already the place to be to watch the action,” Harrold said.

“The highlight of our Racing Applications Development (RAD) cycle is in the testing phase,” he added. “This cornerstone of the RAD program revolves around direct collaboration with our top athletes to push our products and technologies to the breaking point in hope of redefining their own limits. Our athletes’ demanding specifications and critical feedback are integral in the development process, and ultimately, it’s their performance and results that prove the viability of a product before it goes to production, if it ever makes it that far.”

According to Harrold, RAD product testing often commences with limited tuning sessions in controlled testing environments and may escalate to practice use or pre-running, but one of the ultimate proving grounds for suspension is off-road racing.

“We’re also going to take our shock findings from Sardinia, which features some of the rougher terrain of the season and look for opportunities for any incremental performance gains that we might be able to implement for the remaining rounds,” he explained. “For example, we noticed a few teams were bottoming enough to damage the jounce bumpers on their shocks, something we hadn’t experienced in testing.

“Other than that, we’re happy with our first two rounds of racing and are looking forward to the next one in Chile.”