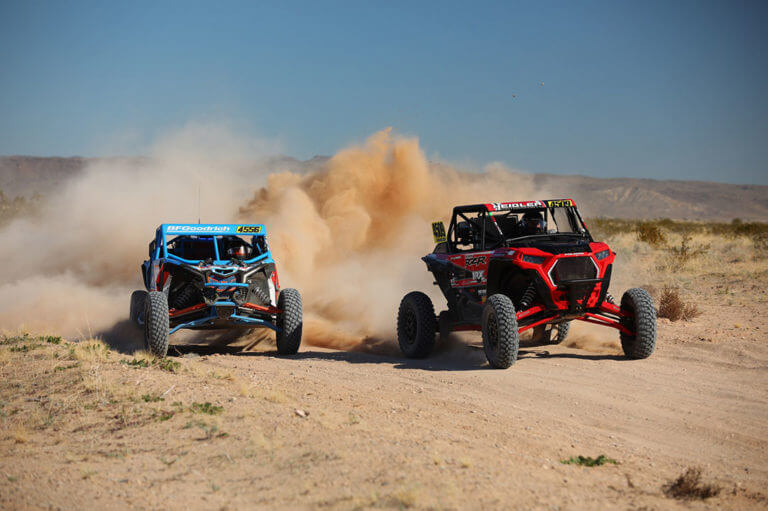 The dust is settling in Parker, AZ as the first Best In The Desert race of the 2020 series comes to an end. The Tensor Tire Parker “250” presented by Polaris was run under near perfect conditions and the results were impressive.

A record number 295 off-road racers participated in the Tensor Tire Parker “250” presented by Polaris, besting the previous record of 281. That included some significant increases in the UTV classes which saw an impressive 56 entries in the UTV Pro Turbo class alone. UTV Unlimited also saw a large increase in entries for the 2020 Tensor Tire Parker “250” with 19 vehicles taking the green light and the UTV Rally class had an impressive 23 vehicles start. The notable increases only confirm that Best In The Desert hosts high-profile races that are significant in the off-road racing world and that they’re more popular than ever.

“We couldn’t have asked for a better start to the 2020 season,” commented Best In The Desert Race Operations Manager Donald Jackson. “Our new 4Wheel Parts Youth Championship Series and Maxxis Triple Crown Series is off to a great start plus we had a lot of new first time racers joining us. If this race is an indication of what to expect, 2020 should be a landmark year for off-road racing and Best In The Desert.”

The weekend’s racing activities got off to a great start on Friday, January 10 with the youth classes which also saw a record turnout. The new 4Wheel Parts Youth UTV Championship series drew young racers from all over the US. It was exciting to see the potential of the upcoming generation of off-road racers and their love and passion for the sport. The UTV Y 1000 class came down to a very close race between Ethan Groom, Dallas Gonzalez, and Jaxton Lambert with Groom taking home the win.

The UTV classes had some amazing battles, none tighter or with more pressure than the UTV Production Turbo class. Phil Blurton came out on top claiming the Maxxis Triple Crown bonus of $7,500, besting second-place finisher Austin Weiland by a mere minute and six seconds who took home the $2,500 Maxxis Triple Crown bonus. It was a challenging race for Blurton as he’s struggled at past Parker “250” events with a best finish in class of 28th position. His co-driver Beau Judge won the short course the day before. Fourth through sixth were separated by one minute and 14 seconds with Randy Romo taking fourth, Jason Murray in fifth, and Sierra Romo rounding out the top six in the Pro UTV Turbo class.

Other highlights include Michael Isom, defending Best In the Desert Unlimited Class Champion, taking home the Unlimited class victory with Shane Redline coming in second only 13 seconds ahead of Billy Long in third place.

The Tensor Tire Parker “250” presented by Polaris is only the beginning of an exciting 2020 series. Parker, AZ will be heating up in just two weeks for Best In The Desert’s Blue Water Parker “425” presented by Jimco on January 23 through January 26.