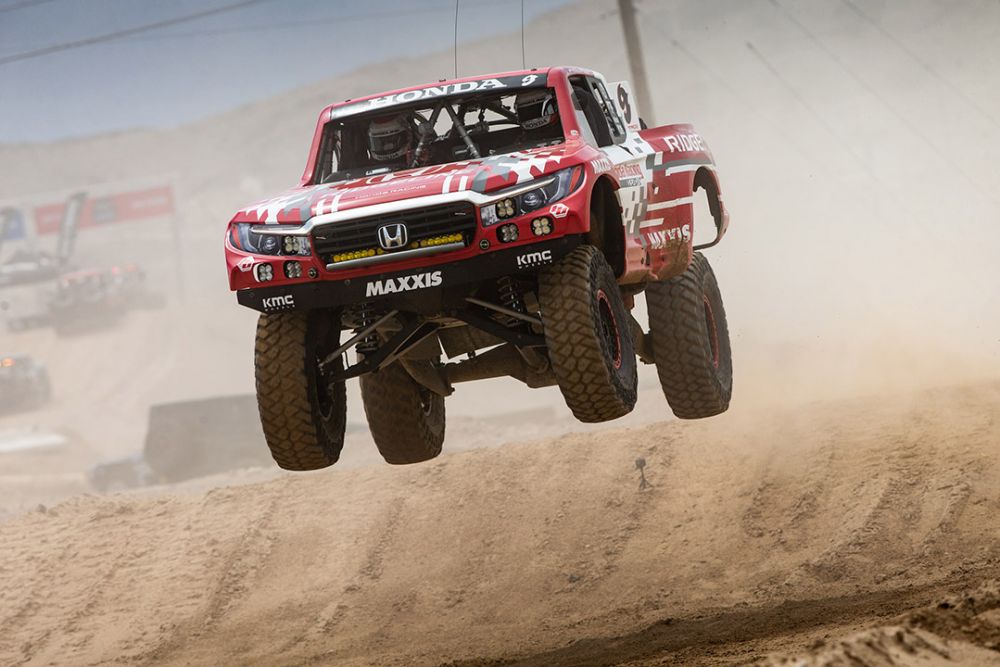 The 2022 edition of the Best In The Desert Casey Folks Vegas to Reno race, held on August 12th, was unique day for the Honda Off-Road Factory Racing team. The 495 mile race course started just outside Las Vegas, NV in Beatty and ran across the remote and varied terrain of the Nevada outback, ending just outside Reno in Dayton, NV. Overall, there were 317 entered in the ever-changing race that faced last minute course changes due to monsoons and BLM regulations. At the end of the day, the Honda team was successful as they utilized this race as a testing ground for different strategies and experience.

The biggest deviation for the team was the No. 9 Honda Ridgeline, driven by Team Principal Jeff Proctor and navigator Evan Weller. For the Vegas to Reno race, they decided to enter the V6 Honda Ridgeline in the Trick Truck class instead of Class 7. The Trick Truck class is dominated by new and progressively engineered trucks with virtually unlimited modifications and notably much bigger engines than Class 7, which limits entrants to more production based specs. The gamble was to trade the power for starting position. Proctor qualified 14th in class and enjoyed the clear air that comes with running up front. The V6 Ridgeline had the right pace for a top ten class finish, but unfortunately, the truck suffered some heat related issues, forcing the drivers to conserve and not push, resulting in a 14th in class finish. That, plus a flat tire from a rock in the ruts, in a highly competitive class, meant three trucks got by in the 90 seconds it took to get back on course. Their finishing time was 07:38:17. 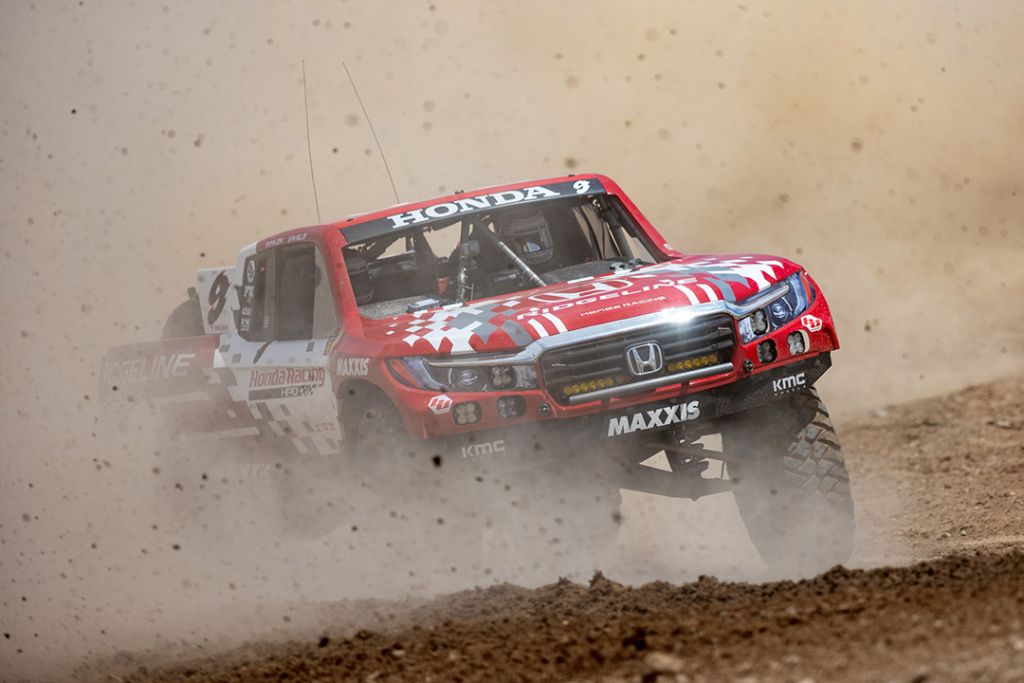 Proctor said, “I’m a bit heartbroken that we didn’t hit our goal of a top ten finish, but finishing 14th, given our day, is definitely something we’re proud of. We stuck it out and ran with the big trucks and beat quite a few of them. It was a fun course but technical all day long. We had rain ruts and talcum powder like silty dust and these roller sections with blind crest after blind crest. You really had to be alert.” 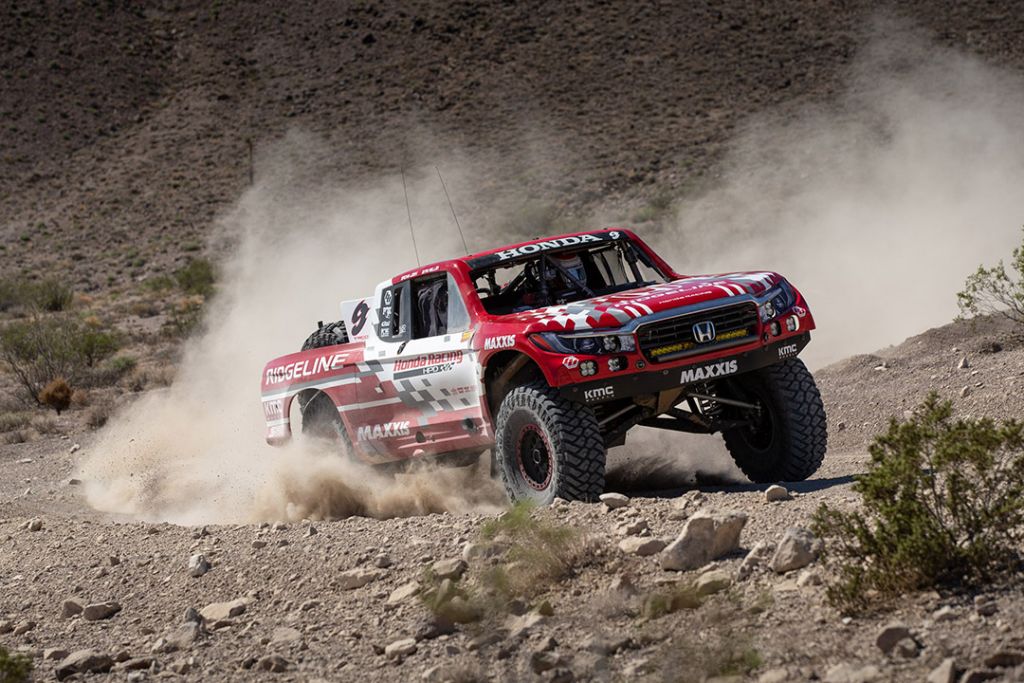 “Overall, our race went according to plan,” Proctor continues, “We hit our marks, including Richard Glaszczak and Sachin Joshi taking over at RM 307. It doesn’t take much in desert racing to move you back a few spots back from your goal.”

The team’s entries in the UTV N/A Pro class yielded its own style of heartbreak for the Honda Off-Road Team. Zach Sizelove in the No. 1925 Honda Talon, started out strong, leading for a sizeable portion of the race when an uncharacteristic crash took him out of contention and the race. Coming off two class wins, made this extra hard for the team. Sizelove and his navigator are both doing fine. 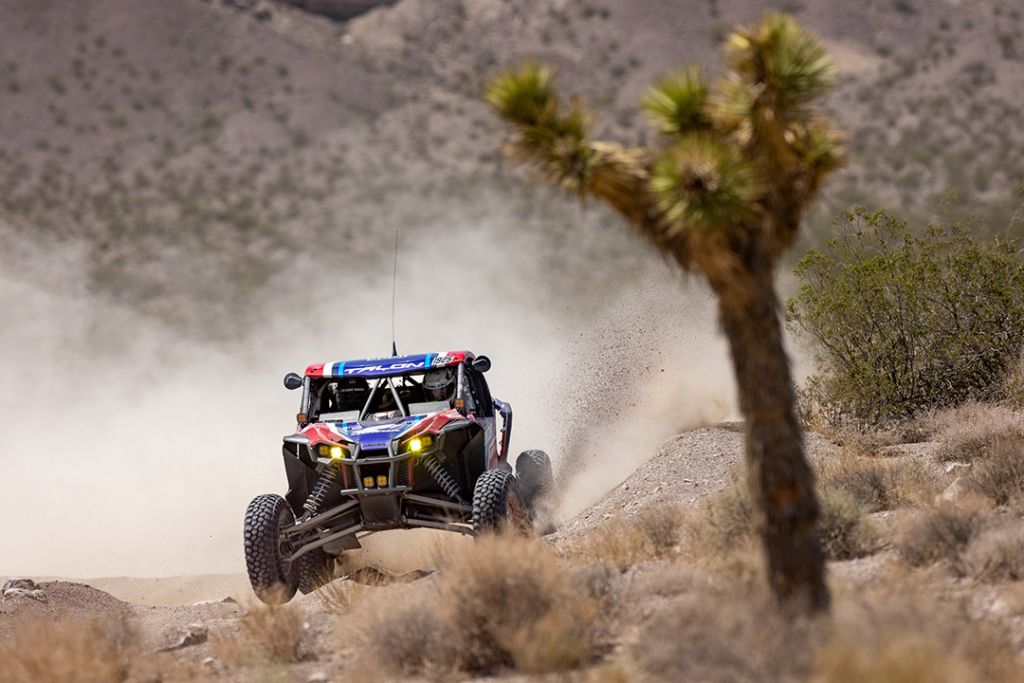 The No. 1920 Talon of Elias Hanna had a better race day with a fourth place finish with a time of 09:15:02. The same position as his 2021 Vegas to Reno race. Hanna came into the race having studied and prepared to better that finish, but the Nevada desert had something else in mind. 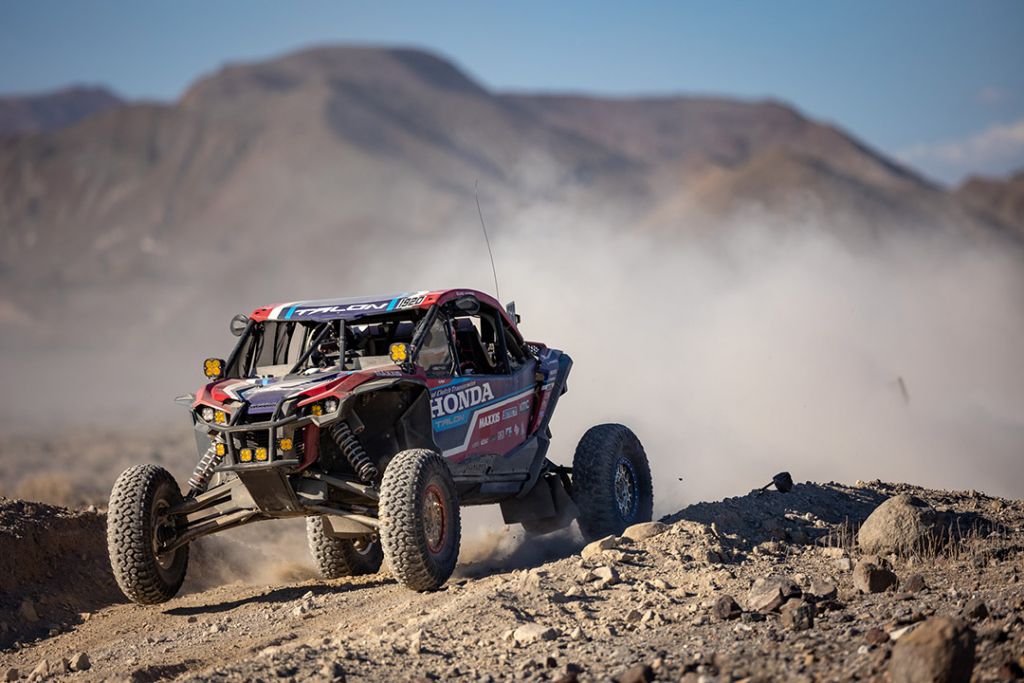 Proctor said, “Elias did everything right. I’m proud of the race he ran and any fourth is a tough place to be, but in the large and competitive field of UTVs, he should be proud of it. Our takeaway today is consistency, and he brought that.”

Ethan Ebert in the No. 1857 Honda Talon continues to sharpen his race craft. In his first Vegas to Reno race, Ebert held on to finish 11th in class with a time of 09:49:17. 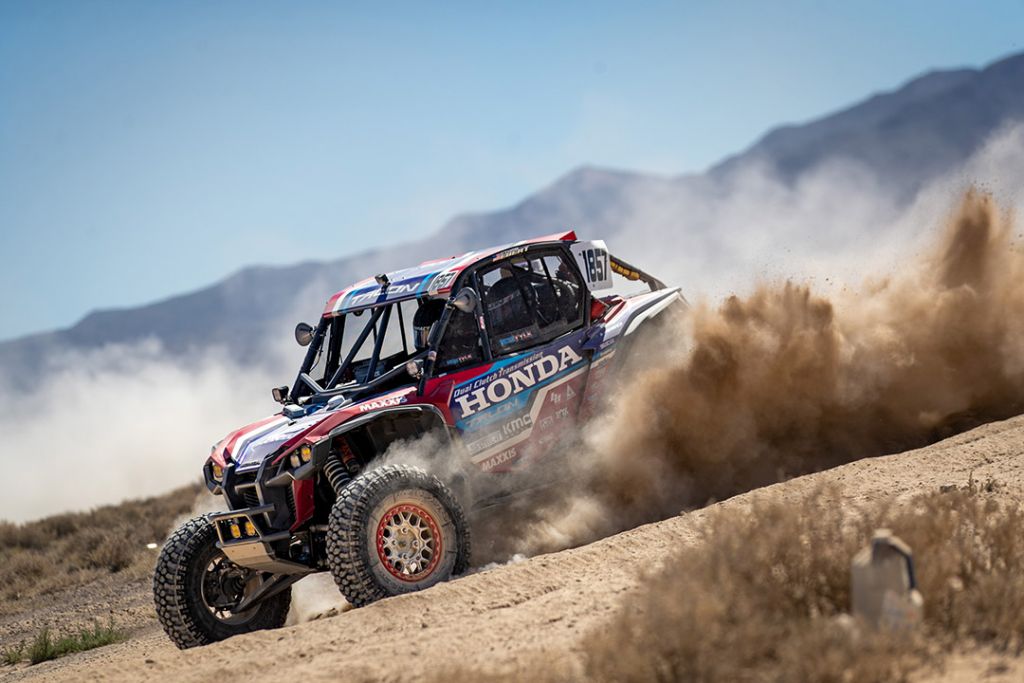 Proctor said, “Ethan continues to show lots of speed and potential. He’s dedicated to learning the sport and every new race and its unique terrain makes him that much better. The team is enjoying being a part of his journey.”

Red Bull Off-Road Junior Team bring a full house to Vegas and roll out of Reno with the win Previous post
Volunteer for The California 300! Next post