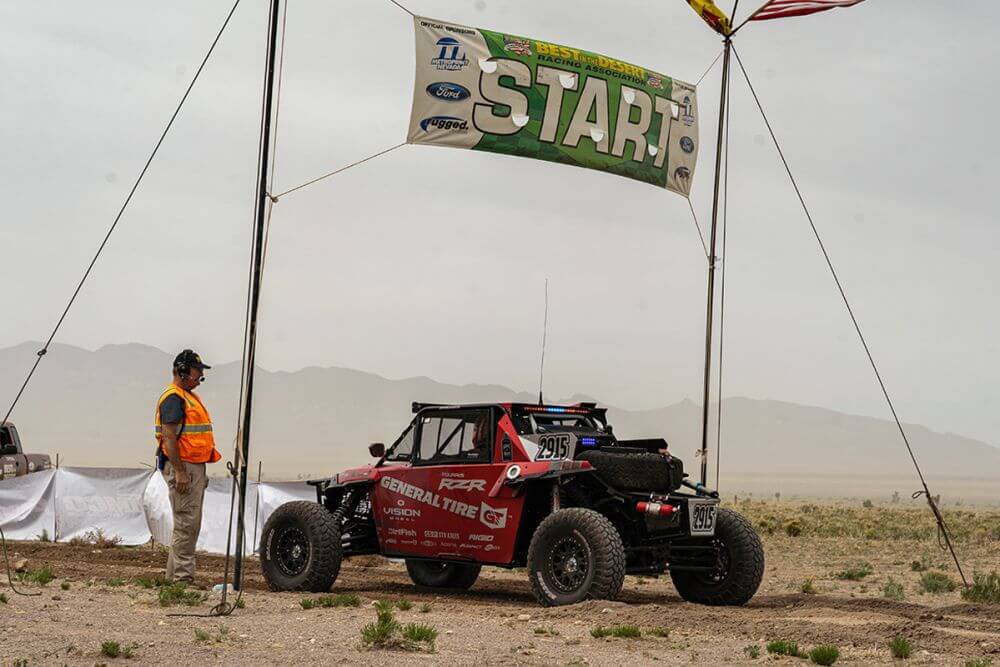 Less than two weeks after scoring his first top five finish of the season in the Silver State 300, professional off-road racer and nationally syndicated radio host Jim Beaver is back in action this weekend at the inaugural Legacy Racing Association Baja Nevada. In one of the most unique events of the year, Beaver will put the #2915 General Tire Polaris RZR nicknamed “Mona Lisa” through two days of point-to-point racing over more than 600 miles of challenging desert terrain.

“When Baja Nevada was first announced, we knew we had to add it to our 2021 campaign,” said Beaver. “As one of the longest events of the year, it’ll be a great endurance test for Mona Lisa and the team, but the two-day format just seems like it’ll be a ton of fun as well. I can’t wait to give this race a go, and I can see it becoming a staple of the sport in the years to come!”

Beaver enters his first Legacy Racing Association race coming off of two strong runs in Best in the Desert rounds, with finishes of seventh in his hometown Parker 250 and fifth in the Silver State 300 just a few short weeks ago. Having shown the pace to contend for victories in both races save for mechanical stoppages, the #2915 team looks ahead to Baja Nevada with plenty of momentum and a fresh re-prep for the unique race.

The inaugural Baja Nevada kicks off on Thursday with event registration in Alamo. The race itself runs on Friday and Saturday, starting north of Alamo and finishing north of Beatty. On Friday night, racers will camp in Tonopah after more than 330 miles of racing, completing the second half of the trek on Saturday morning.

In addition to his racing efforts, Beaver will continue to drop new radio and podcast content this week. Stay tuned for a brand new episode of Project Action on PodcastOne with country music star Tim Montana and more on Apple Podcasts.

BFGoodrich Tires Returns as Title Sponsor of The Mint 400 Previous post
Sonora Rally 2021: Day 4, SS3: Not All Dunes Are Created Equal Next post