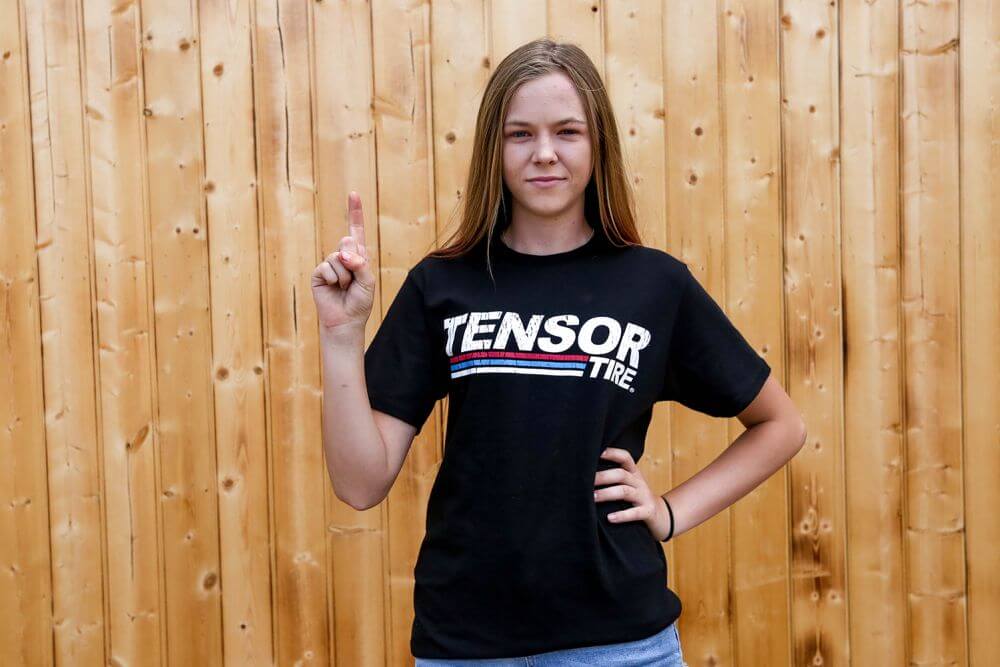 Without the support of loved ones it’s difficult to succeed in what you are truly passionate about, and off-road racing is no exception. 14 year old Cadence Cowan, hailing from Southern California, has already built quite the racing resume and that is purely in part due to her strong dedication to be the best, and her undying support from her father David.  Having raised Cadence nearly all on his own, David devotes every spare minute to Cadence and her racing. Formed in 2005, together they are DC Motorsports.

Coming from 20+ years in off-road racing, David is no stranger to the scene and the inner workings of the sport. With multiple Trophy Truck, Class 1, Class 1400, and Class 10 wins, including numerous other championships under his belt, David has taken his years of knowledge and incorporated them into Cadence’s racing.

At just 10 years old Cadence got her first Polaris RZR and started having a blast driving with friends and racing for fun.  She decided this might be something she’d like to do competitively and soon began her racing career at just 11 years old.  She had a little bit of an edge on the competition after being around her dad’s racing career for so long, she definitely wasn’t new to the scene. Her first year racing the DIRT Series in 2016 she took 4th in points, despite having missed the first two races. After experiencing that sweet taste of success, she was ready to throttle down and taking the race scene by storm.  In 2017, during her very first race in the Best in the Desert Series, she was in a heated battle for first place when she and another racer made contact ripping the steering wheel from her hand.  She continued on to complete the race, finishing 7th of the 20 cars that raced.  It wasn’t until the next day that she realized she had broken her wrist. After a brief healing period, she went on to take the 4th place spot in the 2017 UTV World Championship and that same year also took 4th during the M.O.R.E. Powderpuff race at just 11 years old – the youngest to have ever raced that event. She continued forward and in 2018 won the DIRT Series, SxS Regionals, and the UTV World Championship.  Needless to say 2018 was quite a year for DC Motorsports! A complete list of Cadences’s incredible accomplishments are listed below.

As mentioned, David spent many years working, driving, and being deeply involved in off-road racing, when a very good career opportunity came his way several years ago.  Always thinking about what’s best for his family and his daughter’s future he realized this is something he needed to do.  So after being so deeply involved for so long he said goodbye to the racing scene (as a career), while continuing to support Cadence’s racing.  It was obviously bittersweet, but being who he is he knew that this would be best for everyone.  Unfortunately while working in his new position he was severely injured and he was no longer able to perform his duties.  This brought him right back to his first love, off-road.  Call it divine intervention, call it a true calling, but this unfortunate accent brought David right back to perhaps where he’s meant to be.

While discussing Cadence’s future racing goals 5-10 years down the road, she explained she doesn’t have any plans to leave the UTV scene anytime soon.  While some racers use smaller vehicles or UTV’s as platforms to constantly step up to larger vehicles, others tend to really enjoy the thrill of the UTV platform.  “While in the UTV class there is so much more opportunity with sponsors and supporters alike.”  David explained.  He went on to say “companies like Assault Industries and Marcello (Assault Owner) have been more supportive than we could have ever imagined.  He’s a great guy and always there for us.”

It’s clear Cadence has a true passion for the sport of off-road racing, but naturally people young and old have someone that they look up to and even want to emulate.  She discussed her admiration for racers like Bryce Menzies, Rob MacCachren, and Christine “GZ” Giampaoli Zonca.

There are a couple other racers that are a huge inspiration to her and and her future goals that she also went into depth about.

One of her biggest heroes she’s always looked up to is MotoX Champion, UTV Racer, and Trophy Truck Driver Sara Price.  I’ve talked with Sara a bit about the growing number of young women joining the sport, and what this progression means.  “I think it’s incredible for the sport!  Behind the wheel we are equals, and females have a great edge to really succeed as fierce competitors. It’s truly awesome to see so many girls get into UTV’s and start their journey as a racer.” Sara explained.  Cadence and her father were fortunate enough to pit for her recently at the 2020 King of Hammers and even changed out a tire during the race, something Cadence was still pretty excited to talk about.

Sara continued to discuss Cadence and her young career a bit more.  “I’ve only had the opportunity to meet Cadence and her father a few times but they are great people, always lending hands to others. Cadence is so humble and sweet!” Sara also gave what could be the greatest compliment to a young racer, especially by someone she looks up to so much.  “She is the real deal when it comes to a racer. She gets out there, puts her head down and gives it everything she has and the results show.  I can’t wait to see where she goes in this sport!” It’s clear there is such a fun and mutual respect between the young racer and Sara.  Sara also had one last thing to mention, “Cadence, I think we need to go drive our RZRs together sometime in the near future! Keep up the great work!”

Cadence also spoke very highly of how much she looks up to Polaris RZR factory drivers Wayne & Kristen Matlock of the UTV classes, both veteran’s and champions of off-road racing.  “Wayne and Kristen even invited us to the King of Hammers, I had such a great time with them!”  Cadence said with the biggest smile. “Wayne even let me drive his race car while at the Baja 1000, and that was really cool!” She exclaimed.  We discussed with Kristen about her relationship with Cadence and her father.

“David Cowan, a racer himself raised his daughter Cadence around off-road racing, so it was no surprise when she came to him at a very young age asking to race. Being the great father that he is, he did everything in his power to make that happen. Now today, Cadence absolutely rocks it on any race track that she competes on. With multiple class wins and championships, this girl is unstoppable!  Mark my word as my prediction: She will end up one of the most successful female racers of all time if she continues on the path she’s on now! She is very passionate, competitive, and smart about those traits. David and Cadence have both been helping our team, Matlock Racing at our desert races, they have been a great addition.”

Coming from a championship driver, these are incredibly strong words to describe Cadence.

This proves one of the greatest parts about the sport of off-roading is the ability to meet, hang out, and sometimes even race against those you have idolized.  If your childhood idol no longer races, there’s a pretty good chance you’ll still get to have a good chat with him/her sometime at future races as many legends are never far from the action, and always willing to snap a photo and talk a bit, Ahem: Ironman Stewart, Walker Evans, Larry Ragland, just to name a few. So it’s pretty great to see people like Sara and Kristen continue to feed the passion in young racers.

For many, the passion for off-road racing doesn’t end when the race is over, and for Cadence this rings just as true.  I asked her what kind of things she enjoys outside of off-road racing?  She quickly answered, “pretty much my life is racing!”  Which shows her level of commitment and love for the sport.  She also has no issues getting her hands dirty!

Cadence currently races a 2018 Polaris RS1, with upgrades from some of the leading brands in the industry like: Method Wheels, Pro Eagle Jacks, Renegade Products, Fox Shocks, Tensor Tire, and many more on board. It seems they all see in her what the rest of us do, the pure passion to win.  What’s also great about young racers and sponsorships is many leading companies have programs set in place which basically boils down to: Bad Grades equals No Support, which is really refreshing to know.  It should also be noted that Cadence’s father David, is very adamant on the same rule.  “She brings home A’s or B’s, or she doesn’t race.” Seems pretty straight forward to us.

With the full support of her family,  amazing sponsors, and even those she looks up to, Cadence is well on her way to making a huge impact on the sport.  When multi-winning champions like Sara Price and Kristen Matlock say you’ll be one of the most successful female racers of all time, it shows the true potential of Cadences’s capability.  The future of the sport is ready for her, and it awaits at the finish line!

Here’s a list of Cadence’s accomplishments during her young career.