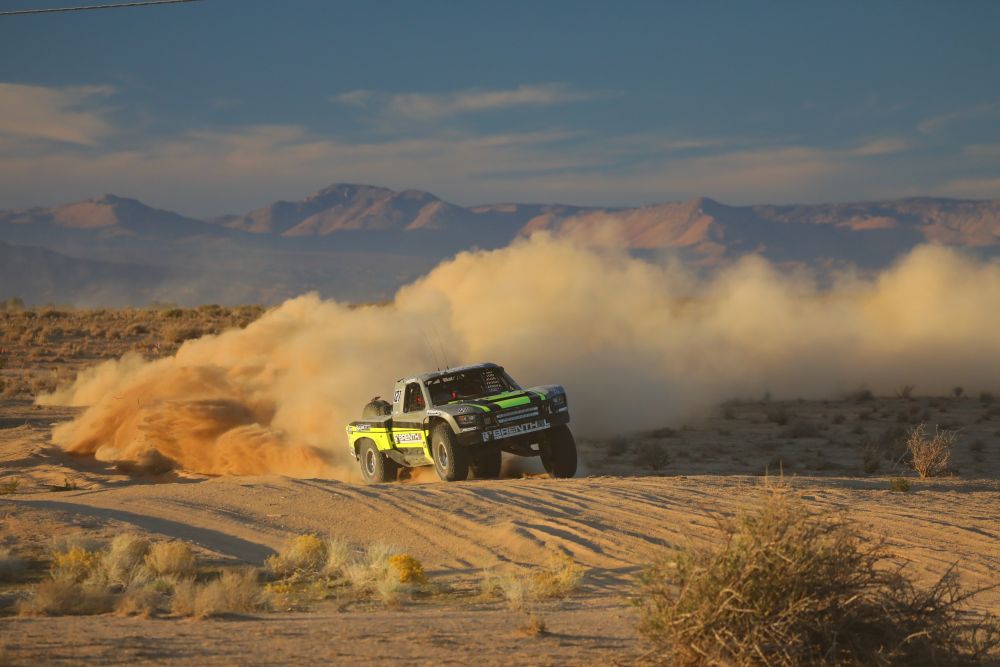 LAS VEGAS, NV (November 12, 2021): Best In The Desert has officially ended its 2021 racing season with the Cal City Desert Challenge Brought to You by Fox.

Four great days of racing and camaraderie started with Time Trials on Thursday, November 4, 2021, followed by the 4 Wheel Parts Youth UTV races on Friday and two days of fantastic racing on Saturday and Sunday where every class raced two rounds of three laps to determine overall standings.

The 28-mile course held at the Peralta Ranch just outside Cal City was a huge hit with racers and fans. The course was fun, challenging, and a true test of off-road skill and ability. With many series championships and the Maxxis Triple Crown on the line, the competition was fierce.

Time Trials on Thursday set the tone for the weekend awarding racers with front starting positions in Classes 1500, 1000, 6100, 6200, and 7200, and Trick Trucks. The young Best In The Desert UTV competitors then started the event off with their races on Friday presented by 4 Wheel Parts. 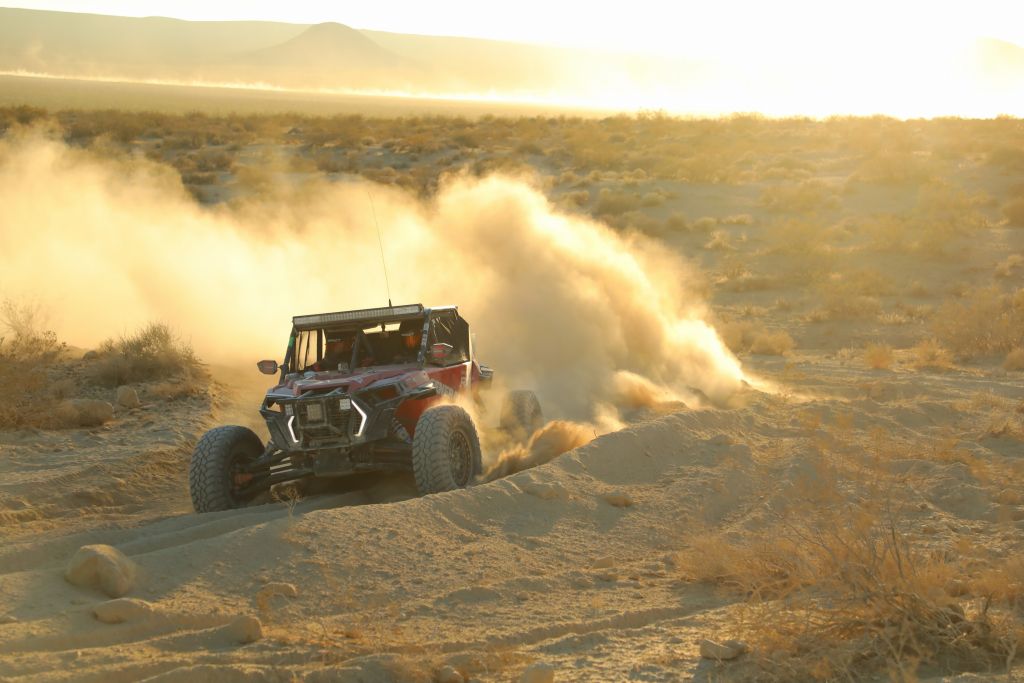 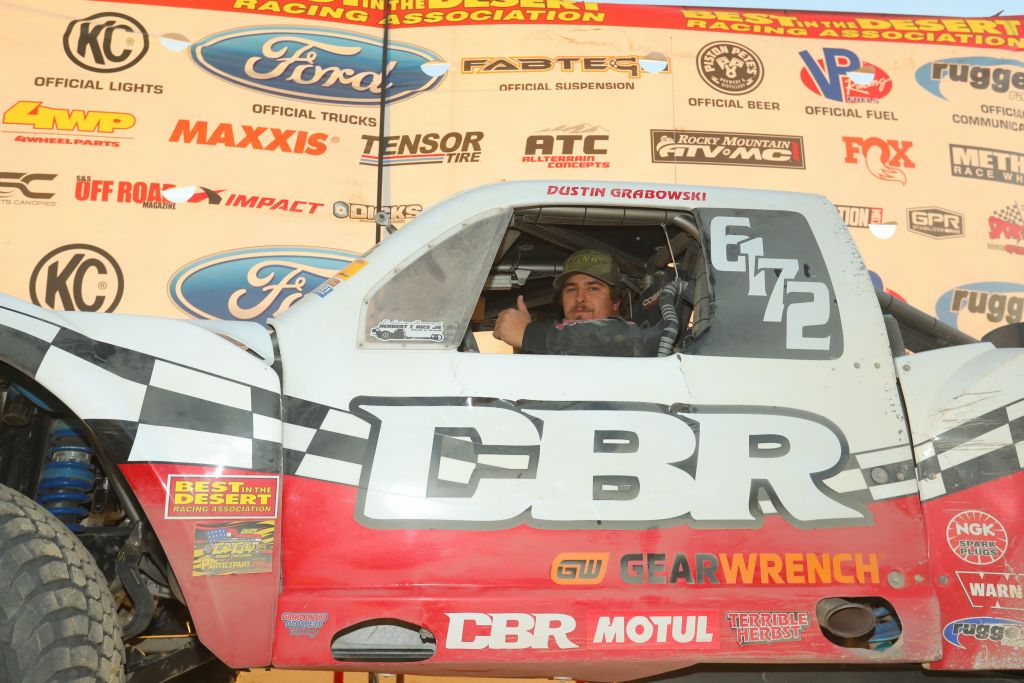 Next up on both days were the Motorcycle and Quad Classes. After three grueling laps around a challenging course both Saturday and Sunday, the Open Pro MC racers finished in this order: N1 Hayden Hintz, N51 Zane Roberts, N45 Joseph Wasson, and N3 Jeff Trulove. While Hintz took the lead on Saturday, Roberts won Sunday but not by enough to take the overall, finishing in 3:00:15, a mere tenth of a second behind.

Patty Blais took the Quad Exp Class in 2:58:48 while the 3-Wheeler Class saw a comeback with Wrangel Gubler finishing at 3:04:16 overall for the weekend.

Next up in racing order were the UTVs. With two days of hard and fast racing in the UTV Turbo Class, and racers finishing on wildly different spots on the podium both days, Vito Ranuio ended with the best combined time of 3:08:23 over Best In The Desert veterans Mitch Guthrie Jr. and Ryan Piplic. 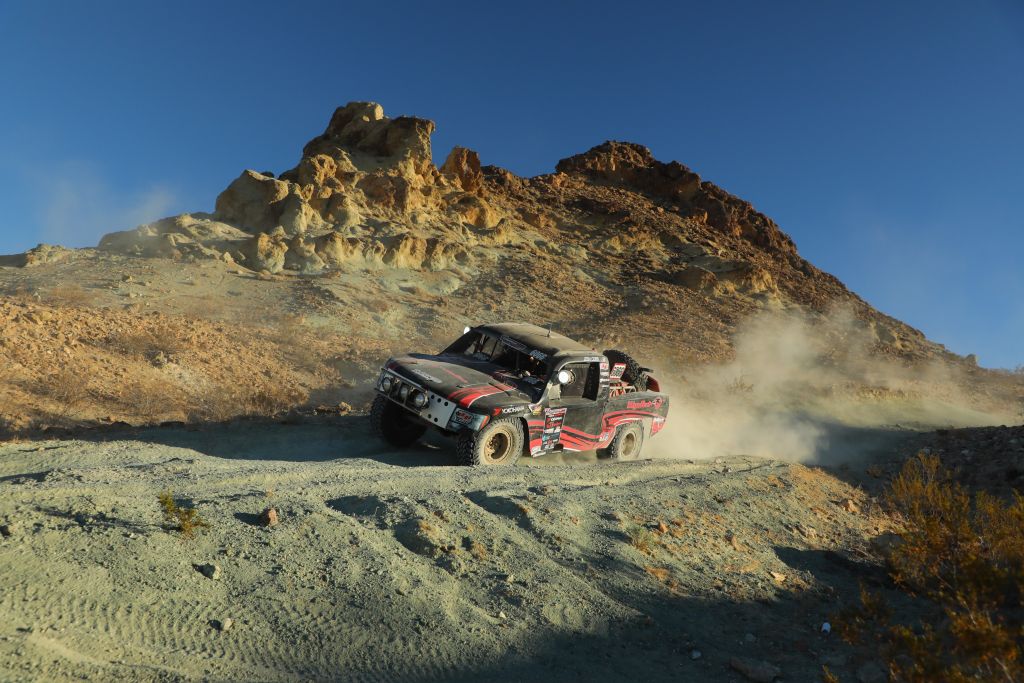 In other UTV Classes of note, the UTV Pro N/A was led by Austin Bolton, even though he finished third place on Sunday, over Zachary Kinsman and Dallas Gonzalez. In UTV Unlimited, Jim Beaver came out on top leading both days and finishing in 3:18:35 over Trey Gibbs and Chris Blais who made up time after finishing in the fifth position on Saturday. Finally, the UTV Rally Class saw some incredible racing and tight competition. U977 Tanner Currier came up from the fifth position after Saturday’s racing to blow competitors out of the water with a first-place win on Sunday and an unofficial overall best time of 3:36:54 over Colin Miller and John Koltura.

Next on the starting line were the cars and trucks to round out the racing on Saturday. On Sunday, these classes switched racing times with the UTV Classes. After the same six laps that tested all the classes, a star-studded Class 6100 was won by Dustin Grabowski over Sterling Miller and Ray Griffeth. These drivers raced bumper to bumper and the final combined times were all within three seconds of one another. Class 6200 saw Bill Semak take the lead over Nick Carolan while Peter Hajas took Class 1000 over Wheeler Morgan and Scott Christensen in second and third place, respectively. 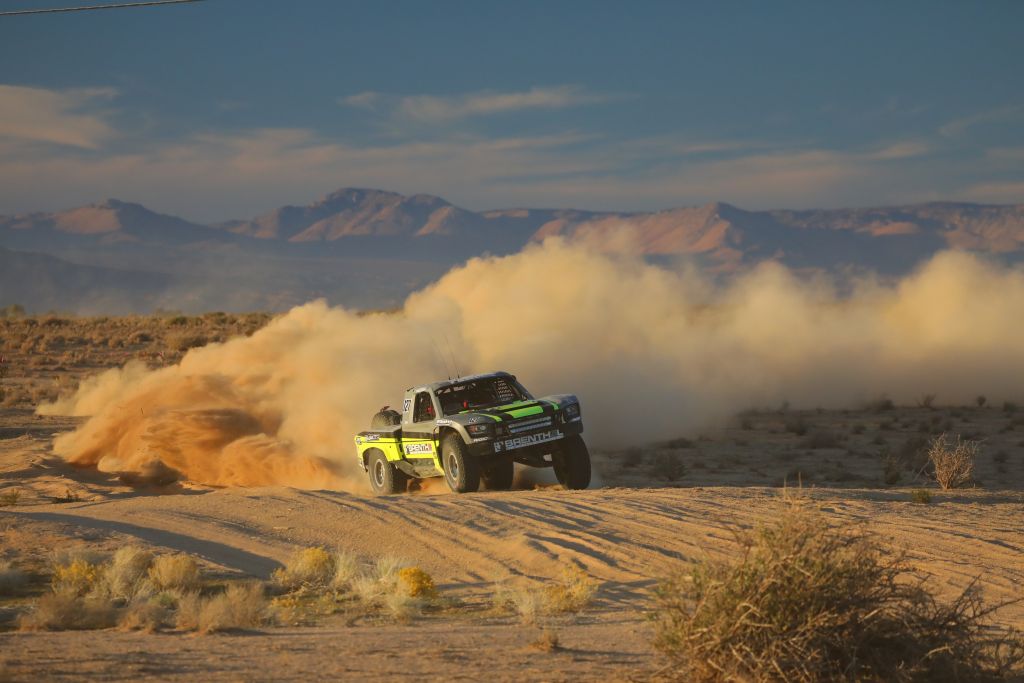 The Trick Truck Class is always one to watch and the Cal City Desert Challenge Brought to You By Fox was no different. After two days totaling six laps around the course, Kyle Jergensen finished with the best time of 2:54:52 after finishing in fourth place due to a flat tire on Saturday and making up the time to win on Sunday. Jergensen drove hard to beat Best In The Desert favorites Kevin Thompson, Sam Baldi, BJ Baldwin, and more. While there was a controversy with a penalty due to a tire left on the course, in the end, Jergensen was named winner. Read more about Best In The Desert’s decision here.

All in all, it was a weekend of hot and heavy racing with huge prize purses on the line. Best In The Desert named its Series Championship winners and it was the final round in the Maxxis Triple Crown, so there was some serious money to be made. The top racers will be recognized and awarded at the Best In The Desert Year-End Series Awards on Dec. 11, 2021, in Las Vegas. 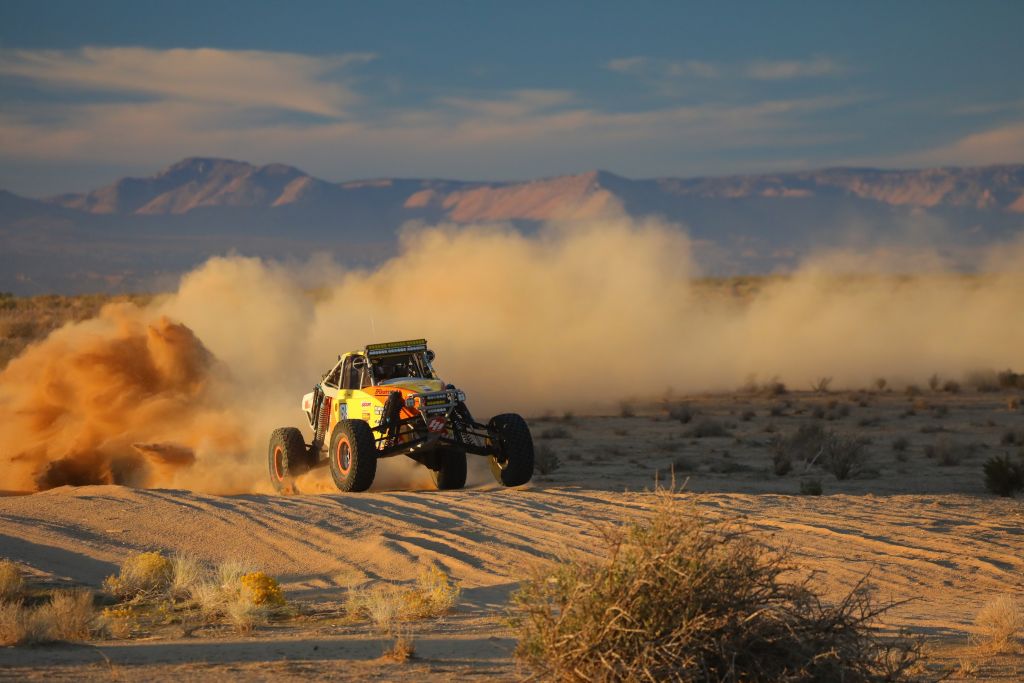 “We couldn’t have asked for a better weekend of racing or more support from the town of Cal City,” commented Best In The Desert CMO Bryan Folks. “We are very fortunate to not only have their support but also the support of Best In The Desert’s lifelong friend and fellow off-road promoter Lou Peralta for helping us make the event possible. With just three short weeks to pull the event together, it couldn’t have turned out better. I especially want to thank all our racers, sponsors, and fans for continuing to support us and for making 2021 one of our best years ever.”

“Well, another year of racing is in the books and I could not be more proud or appreciative of the Best In The Desert team, our racers, sponsors, and fans,” said Best In The Desert Race Operations Director Jeff Phillips. “This was my first full year as Race Director, my dream job, and once again I am amazed at the outpouring of support we continue to receive. I especially want to thank my family for all their help and support over the year. Like many of our race teams, I rely on my friends and family to help get me through the long year and I could not be more blessed to have such an amazing group behind me. Most of all, congratulations to all the racers who competed in every Best In The Desert event and made 2021 our best year ever. Thank you for staying with us and continuing on this amazing adventure Casey started so many years ago.”

See the Unofficial results of the 2021 Cal City Desert Challenge Brought to You By Fox here.