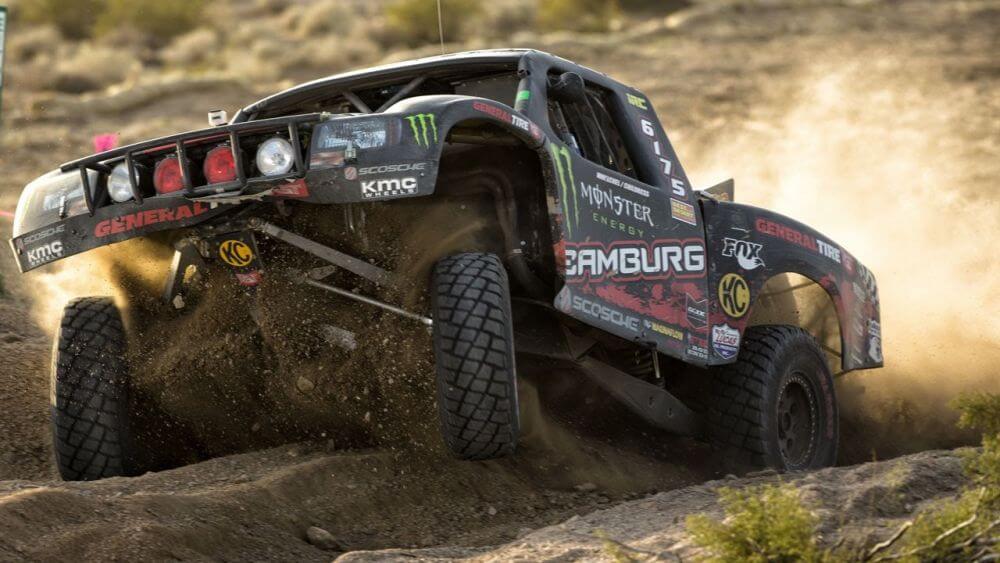 Camburg Engineering: Heroes and Legends of The Mint 400

Jerry Zaiden and Jason Campbell started Camburg Engineering in 1997 after years of experience in the off-road racing and manufacturing industries. Their initial goal was to offer products & services that were only available to elite offroad racing teams. With Jason’s engineering background and Jerry focusing on sales and marketing, they set forth to design and manufacture suspension components in a production manner, enabling them to open up a new market and customer base.

Camburg Engineering started out building parts in their parents garages. The initial investment was a six month lease and two grand in each of their pockets. From day one, they knew they belonged in a race vehicle and needed to be making the best race vehicles. The two started heading to all the local desert races, showing off their products and talking to all the different classes. The ultimate test benefit was if it could survive racing through a desert for 200 to 500 to 1000 miles, it was going to definitely last on the street.

“It’s kind of surreal to have Welchel and Childress driving our cars and it’s been a cool experience because Jerry and I were driving our cars early on and we weren’t quite able to put them to the test that these guys are,” said Campbell.

Jerry Welchel is both prepping and driving the #6175 truck. Welchel has raced his whole life for people that have money and do it as a hobby. When the economy struggles or something goes wrong, the race team is usually the first to go. With Camburg, it’s what they do for a living. It’s a perfect fit, as Jerry’s driving brings in more business to Camburg. “I feel with Jason Campbell building the trucks, they’re top notch. They’re the nicest chassis out there,” commented Welchel.