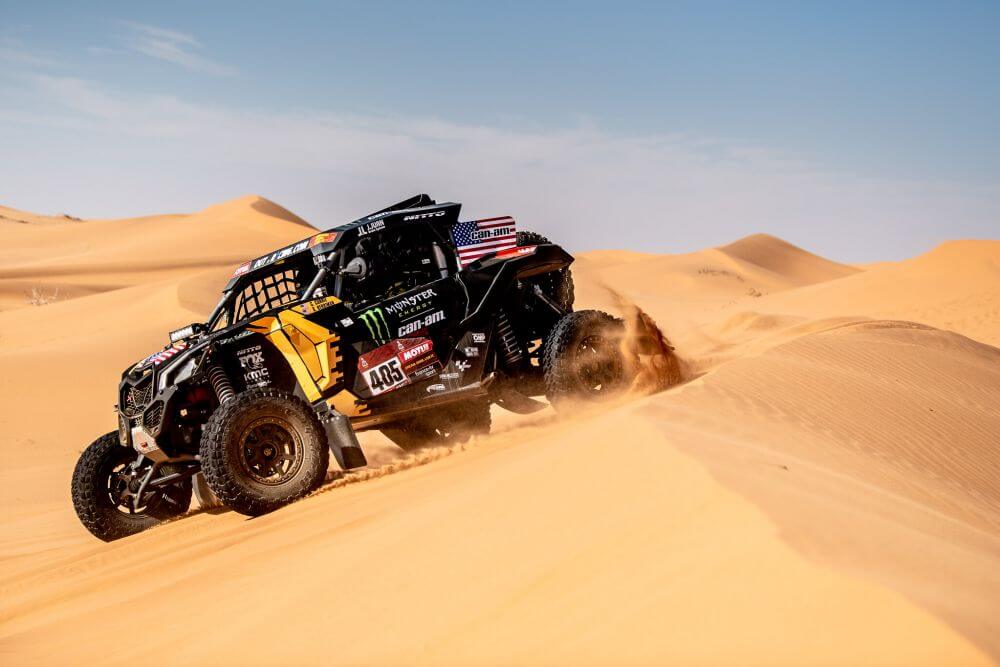 Today is the first half of the competitors Marathon stage. During the Marathon stage, teams will not be able to provide assistance to the drivers and vehicles. Once they leave the bivouac, they will be on their own until they return to the bivouac the following night. If they break anything, they will have to repair everything themselves with parts and tools they have put on their car or that a teammate carries. It’s all about endurance and being able to adapt to the problems that arise. This will be the second Marathon Stage for the bikes and quads as they had a Super Marathon Stage during Stages 2 and 3.

“The marathon stage demands the ultimate quality in rally racing: endurance. The special in the first part sends the drivers and crews out into the vast off-road expanses of the Empty Quarter. It’s not a place where you should linger, as the route for the last 30 kilometers goes right through the dunes. And night falls in a flash! On arrival, only assistance between competitors is authorized.” – Dakar

Casey and Sean would start the day as lead SSV and would head out into some sketchy blind drops that would see multiple competitors run into issues. Casey would make his way through the first couple checkpoints with no problems while there would be a big shakeup with Francisco Lopez Contardo. He would run into problems and lose about an hour on Casey. That’s when the weather would come into play. Winds would pick up causing helicopters to be grounded and for the safety of the competitors the Stage was cut short. Casey would finish 7th on the shortened stage with Francisco losing an hour and dropping back to third on the overall. Casey now has a 46m 40s lead over Sergei Kariakin with two stages left.

“Day 10, today was the marathon stage and it was a good day. We were by ourselves all day and we just kept pushing. Overall, we were making good strides. Then they cut the race short due to some wind and some injured riders which I feel was smart. We finished the stage and now have a 45 minute lead. We just got to play it smart. We got two more days of racing and were just going to do what we do, drive and play it as smart as we can.” – Casey

Tomorrow’s stage will finish the Marathon stage and will 744 total kilometers but have a shorter 379 kilometer special.