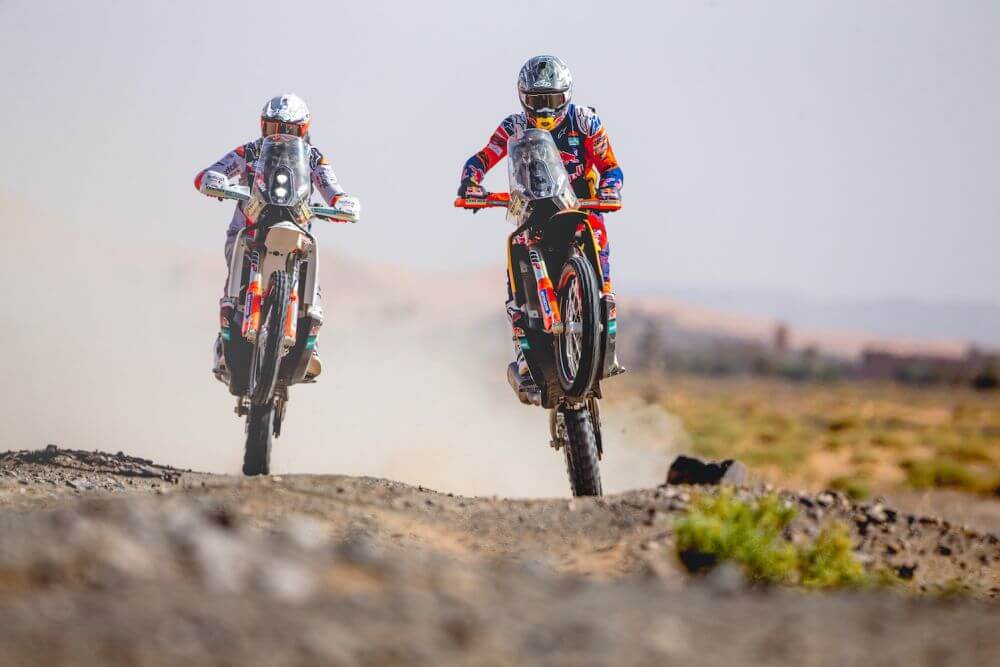 Here is all you need to know: Second place at Rally Kazakhstan and a win at the Silk Way Rally had put Walkner on the verge of reclaiming the World Championship he first won in 2015. The KTM Factory biker arrived in Morocco knowing a podium finish could wrap up the championship in his favour with a race to spare.

Over 2,500km of testing terrain, the 2018 Dakar Rally winner rode with a calm assurance to finish second – less than two minutes behind Pablo Quintanilla of Chile. Walkner’s third consecutive podium finish was enough to win the FIM Cross-Country Rallies World Championship. Walkner was joined at the finish by team-mates Kevin Benavides (ARG) and Toby Price (AUS) who also put in plenty in valuable kilometres ahead of next January’s Dakar while Sam Sunderland (GBR) – the fourth Red Bull KTM Factory Racing biker – withdrew on Stage Four while feeling unwell.

Australian Daniel Sanders as his third place gave GasGas Factory Racing their first-ever World Championship podium finish. Sanders will race next month’s Abu Dhabi Desert Challenge aiming to secure a runners-up result in the 2021 FIM Cross-Country Rallies World Championship in a remarkable debut season for the best placed rookie at the 2021 Dakar. Over in the car race it was display of utter domination from Nasser Al-Attiyah (QAT) and co-driver Mathieu Baumel (FRA) as the duo won four out of the five stages to triumph by over 15 minutes.

The victory gives the Toyota Gazoo Racing pair their sixth win at Rallye du Maroc and brings Al-Attiyah to the cusp of his fifth FIA World Cup for Cross-Country Rallies (fourth alongside Baumel). Kuba Przygoński (POL) drove his MINI JCW Buggy to a string of podium stage results, while Mattias Ekström (SWE) had his MINI JCW Rally car in contention for the overall podium until stage five trouble. There were plenty more lessons learned by the Red Bull Off-Road Junior Team as Cristina Gutiérrez (ESP) led the T3 category going into the penultimate stage, but was undone by transmission problems. Gutiérrez’s fellow Red Bull Off-Road Junior Team driver Seth Quintero (USA) endured a couple of tough opening days before picking up a stage win on day three and ending stage five strongly. The Red Bull Off-Road Junior Team will be back in action at the Abu Dhabi Desert Challenge next month with Gutiérrez still chasing FIA World Cup for Cross-Country Rallies glory.