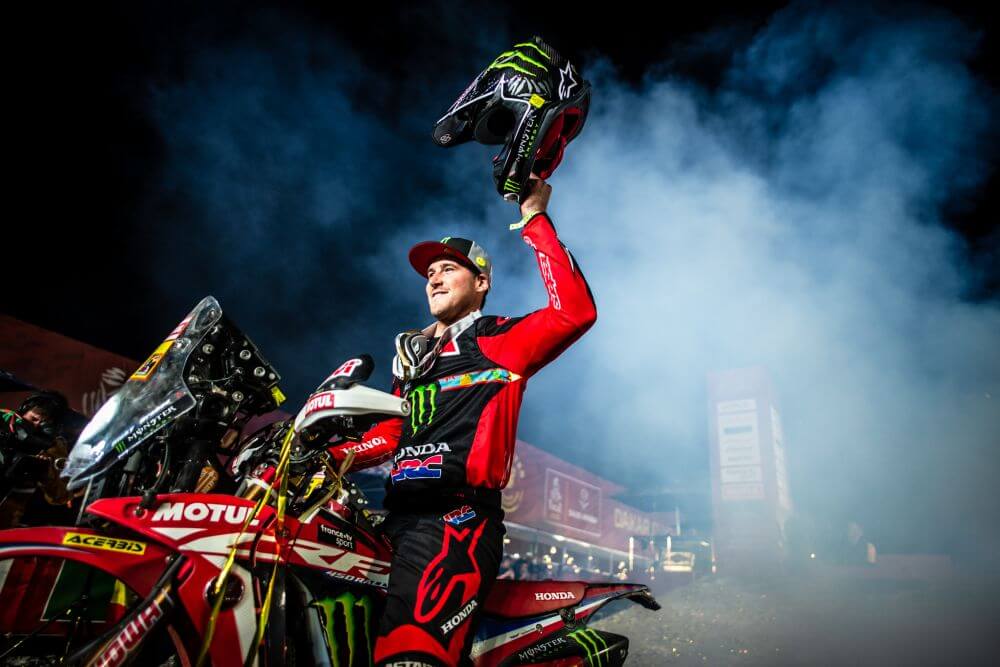 Flashback to January. After nearly 5,000 miles of competition, Ricky Brabec made history on his Honda CRF 450; crossing the finish line of the longest, most gruelling and arguably most revered off-road race on the planet.

Victory was in the can, and records had been broken.

Brabec became the first American to triumph in the Dakar’s 42 year history, and what’s more, for the Monster Energy Honda Team – it marked the successful ending of KTMs near two decade stranglehold on Dakar wins.For Brabec, it was a truly personal victory too; marking the culmination of an epic journey to realise a dream.

Born in Mira Loma, California in 1991, Brabec has spent a lifetime around dirt bikes. When his family moved from Riverside to Hesperia – surrounded by the Mojave Desert – the die was cast – and he began honing the skills needed to one day conquer the toughest off-road race on the planet.

Red Bull Off-Road Junior Team return to Dakar with a new line-up, a new partner and an updated weapon Previous post
Pre-season Testing Day One: Rosberg Xtreme Racing Makes Strong Start On and Off Track in Spain Next post