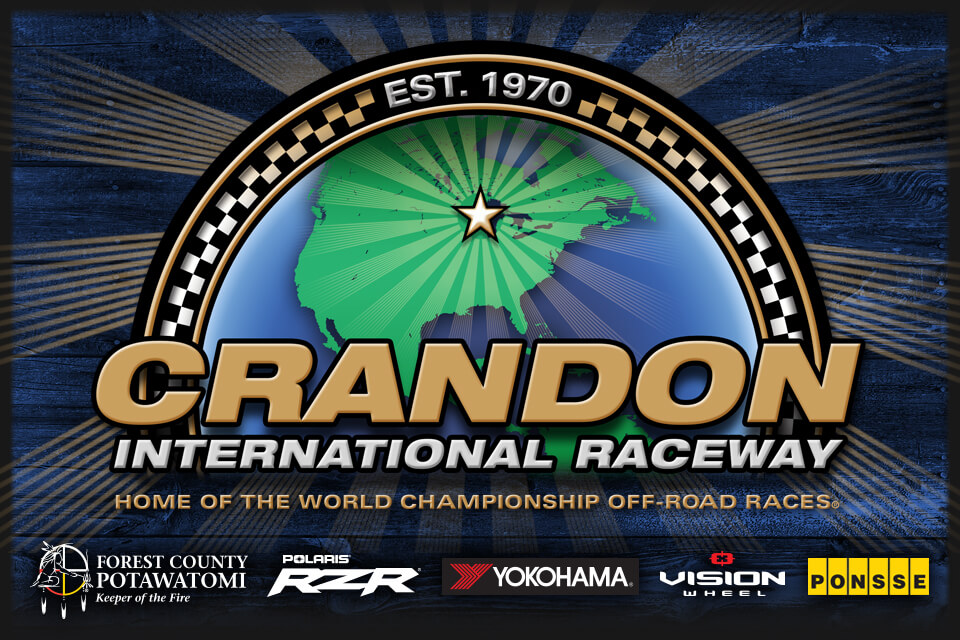 CRANDON, Wisconsin (August 5, 2020) — In a summer filled with unusual times and a constantly changing environment, Midwest racing fans will find solace in the news that two of their favorite events are becoming a welcome reality.

Wisconsin’s famed Crandon International Raceway today announced that both of its upcoming September off-road racing events will take place as scheduled. The state has already seen a host of race facilities open their doors to live audiences, including several large IndyCar and IMSA events at Wisconsin’s famed Road America.

Crandon International will be releasing a final 2020 COVID-19 operational plan to local law enforcement and health officials later this week, as well as sharing the comprehensive plans with fans, racers and corporate partners on its new website. Series officials in the Champ Off-Road and Ultra4 series will also be working closely with Crandon officials to ensure a solid safety plan is in place to execute all phases of the race weekends in an integrated manner.

Thanks to tireless planning by track facilities and local and state officials, the first two race weekends in the inaugural 2020 Champ Off-Road season have been successfully executed and enjoyed by enthusiastic fans. ERX Motor Park near Minneapolis, Minn. took place on July 10th – 11th, while Dirt City Motor Plex in Lena, Wisc. hosted the new series on July 25th – 26th. Originally planned for Bark River, Mich., the next race weekend will again take place at ERX on August 15th – 16th.

“We have taken time this summer to study how race tracks around the Midwest have been able to successfully host fans,” said Crandon International Raceway President Cliff Flannery. “They do it by being creative and proactive. Our goal is to execute our 2020 races in a safe way, and we want to especially thank Champ Off-Road, ERX and Dirt City for leading the way back to racing this season.”

“Frankly, it’s an understatement to say that 2020 is difficult year to be an event promotor in today’s constantly shifting environment,” added Crandon International’s Marty Fiolka. “However, it’s the enthusiasm of our racers, fans and corporate partners that fuels our efforts and passion. Success in off-road racing is always about being persistent and never, ever giving up. The management at Crandon International shares that philosophy, and we have a solid plan to make our races a reality.”

Crandon’s forthcoming COVID-19 event plan includes numerous safety procedures and facility upgrades for fans and campers, along with comprehensive operational plans for racers and officials provided by the Champ Off-Road and Ultra4 series. The Crandon staff would especially like to thank Forest County Sheriff John Dennee and Health Director Jacee Shepard for their efforts in helping moving forward.

Crandon International race fans and team will retain all of their original 2020 World Championship and Brush Run event camping, pitting admission and grandstand reservations.There is no refund policy, but reservation holders can transfer their admittance and Camp Crandon tickets to other fans if desired. Those seeking help or assistance can contact the Crandon office directly via email at trackoffice@crandonoffroad.com

Admission ticket, camping and grandstand reservations are still available for either or both 2020 races by visiting www.crandonoffroad.com.