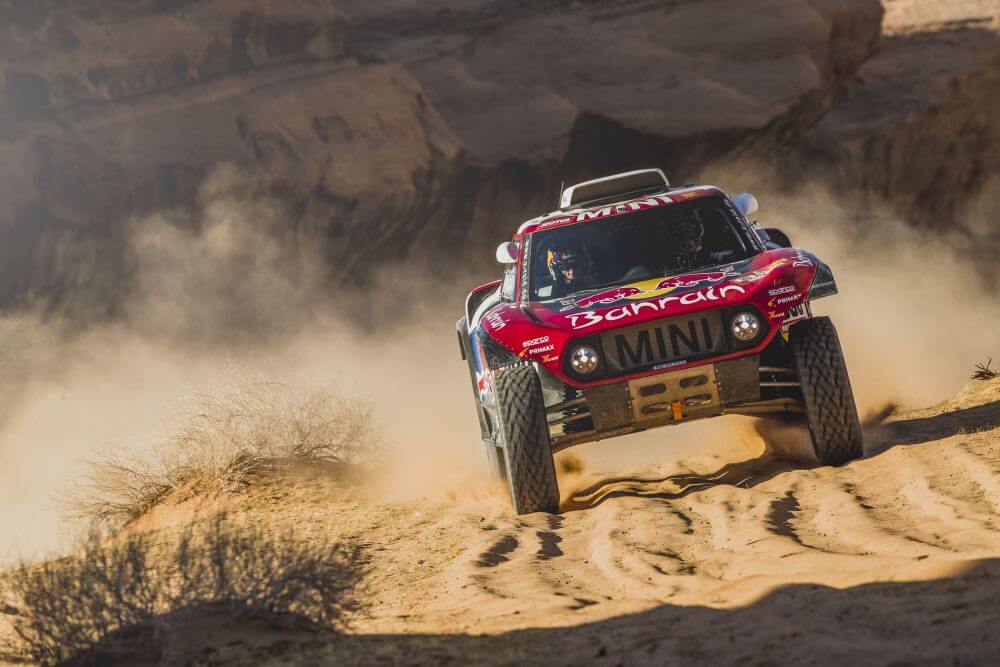 Dakar 2020: Sainz scorches to a second stage win while Sunderland crashes out

The 2020 Dakar Rally really started to take shape on a wild Stage 5 which was dominated by sandy terrain. Carlos Sainz, Toby Price, Cyril Despres and Dmitry Sotnikov all bagged victories but Sam Sunderland suffered a heavy crash and is out of the race.

With the Rest Day in Riyadh now just one day away, we’re witnessing world class off-roaders going full speed at the 42nd edition of the world’s toughest rally. Here is all you need to know: