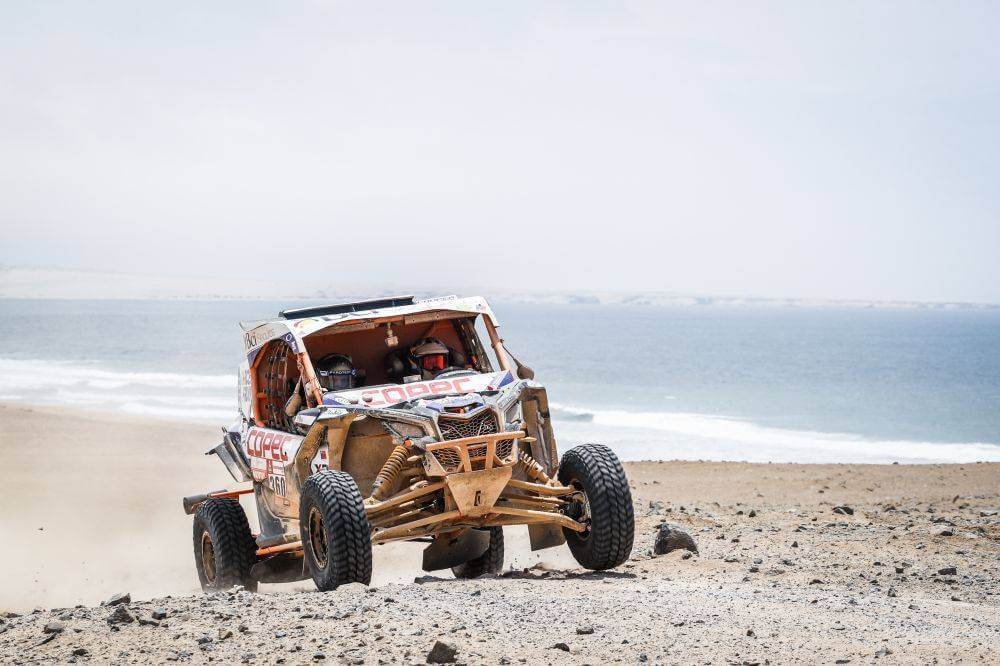 The ranks of the SSVs continue to swell

With 47 duos on the start line in Jeddah as makers respond to the widespread demand for vehicles that flatten the learning curve for rally raids while costing less than the 4×4s or the fastest buggies in the race. Indeed, the rally has not even begun yet and SSVs have already set a record as the category featuring the greatest number of former Dakar winners, all of which will be on the hunt for a podium place or stage wins. Former biker Francisco “Chaleco” López has thrived since taking the plunge in the SSV category, while his predecessor Reinaldo Varela managed to defend a podium place (3rd) and will be starting the rally as the reigning world champion. Among the champions looking for a change of scenery, Sergey Karyakin, the winner of the quad category in 2017, hit the ground running in his new vehicle and even claimed a stage win before crashing out of contention (10th). Former quad champion Josef Macháček will have to avoid these same pitfalls in his SSV debut.

New drivers have just as good a chance

Drivers who still do not know what if feels like to win could turn out to be the most aggressive competitors in the field of little buggies. Gerard Farrés, who took 2nd last year to go along with his earlier podium place in the motorbike category (3rd in 2017), will be worth keeping an eye on, as will Casey Currie, 4th in his Dakar debut in 2019 and winner of the recent Rally of Morocco. Not to mention Conrad Rautenbach, who cracked the top 10 in the car classification in his first start in 2017, and was only beaten by Nasser Al-Attiyah in the SSV category in Merzouga in spring. Some will be putting their chips on a defector from the truck category, now thatArtur Ardavichus (3rd in 2012 and 4th in 2018) is tackling a new adventure with gusto.

Meanwhile, Red Bull Off-Road Team USA could make a decisive impact on the race with its young but prodigious American drivers. The outfit, which aims to encourage the development of SSVs, is kicking off its programme with 21-year-old Blade Hildebrand, who finished 41st in the car category in his debut last year, and his 23-year-old teammate Mitch Guthrie Jr., both at the wheel of OT3s designed by Overdrive. The two whiz kids of the category have already made a strong impression on the American circuit, but new challenges await in the world of rally raids.