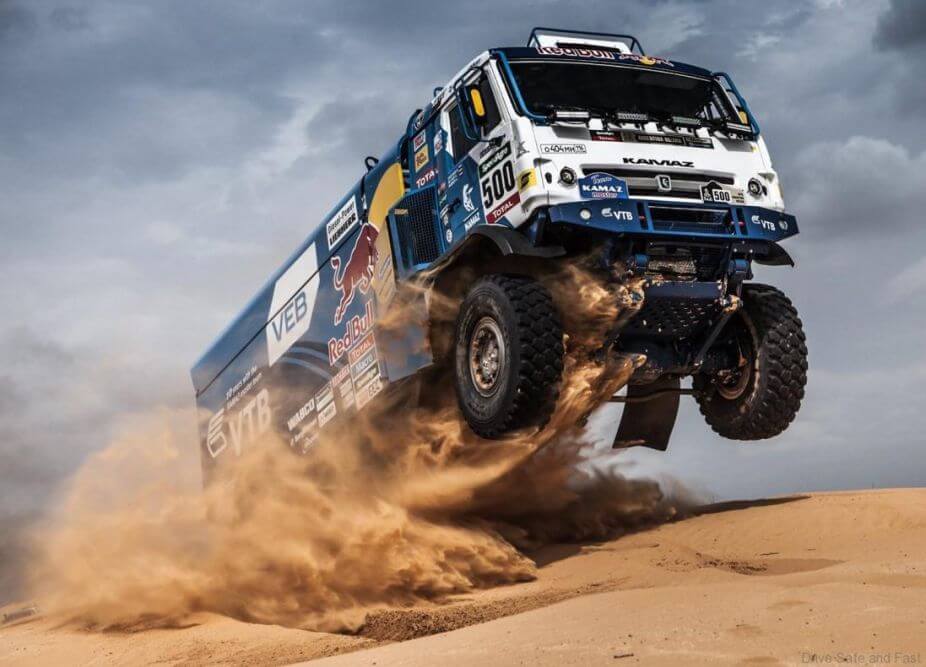 Dakar 2021: Kamaz in the pole position for the truck race

. The charismatic boss of the Kamaz team, seven-time Dakar champion and record holder in the truck category Vladimir Chagin, can rest easy in the run-up to the 43rd edition of the rally, where he will be celebrating his 50th birthday. Once again, the depth of its roster, which features no fewer than four top drivers, makes the Russian outfit the odds-on favourite to win the race.
. However, the dominance of the blue trucks has failed to curb the enthusiasm and ardour of their rivals, as drivers such as Siarhei Viazovich from Belarus or Martin Macík and Aleš Loprais from Czechia continue to look for a chink in their armour.
. Meanwhile, the Chilean three-time winner of the quad category, Ignacio Casale, is unlikely to settle for a support role as he steps back into the ring following his first experience in the truck category over a decade ago.

If history has taught us anything, it is that nothing lasts forever. As recently as last year, the Austrian maker KTM lost the crown to Honda, led by Ricky Brabec, after a string of 18 consecutive victories. Kamaz is the undisputed hegemon of the truck category in the Dakar, which it has won on all but four occasions in the 21st century. The rationale behind the Tatar outfit’s strategy for this edition may not be immediately obvious, as four-time winner Eduard Nikolayev leaves the cockpit for new responsibilities in the team, but the depth of their roster has often been the key to the success of the Russian drivers.

Kamaz will be fielding four expert drivers in Saudi Arabia: two-time Dakar champion (2014 and 2020) Andrey Karginov; 2015 winner Ayrat Mardeev; 2020 runner-up Anton Shibalov; and the youngest of the four, Dmitry Sotnikov, who finished second in 2017 and again in 2019. The four Russian ambassadors boast a combined 31 stage wins in the Dakar and will be hard to dislodge from the top, as the outfit’s technical expertise and team spirit perfectly complement the individual skills of its drivers.

However, their rivals are unfazed and eager to cause an upset. Last year, Sergei Viazovich from Belarus placed his MAZ truck on the bottom step of the overall podium and showed plenty of promise. The truck category has often seen the emergence of national clans, and now the Czech contingent is regrouping to take the fight to the Russians. Martin Macík made his Dakar debut in 2013 and has since gone on to take fifth place on two occasions, 2018 and 2020, making him a legitimate contender for the top spots if the winds of fortune blow his way. The same goes for Aleš Loprais, who has yet to rediscover the magic formula that propelled his uncle Karel to the win six times but remains an important outsider (third in 2007, fourth in 2015 and fifth in 2019).

The Dutch host, yet again the biggest delegation in the race, will be banking on Martin van den Brink, whose 18-year-old son Mitchell, now at the wheel of a different truck, will be the spring chicken of the category. Finally, a South American breeze could sweep through the Saudi desert if Ignacio Casale manages to put in a consistent performance from the get-go. After winning the quad race three times and giving a shot at the SSV category, the Chilean is back in the cockpit of a truck, the same vehicle in which he discovered the Dakar as a co-driver in 2010 (26th). This time round, he has picked a Tatra truck and a Czech mechanic from the Buggyra Racing team to carve himself a niche among the elite.