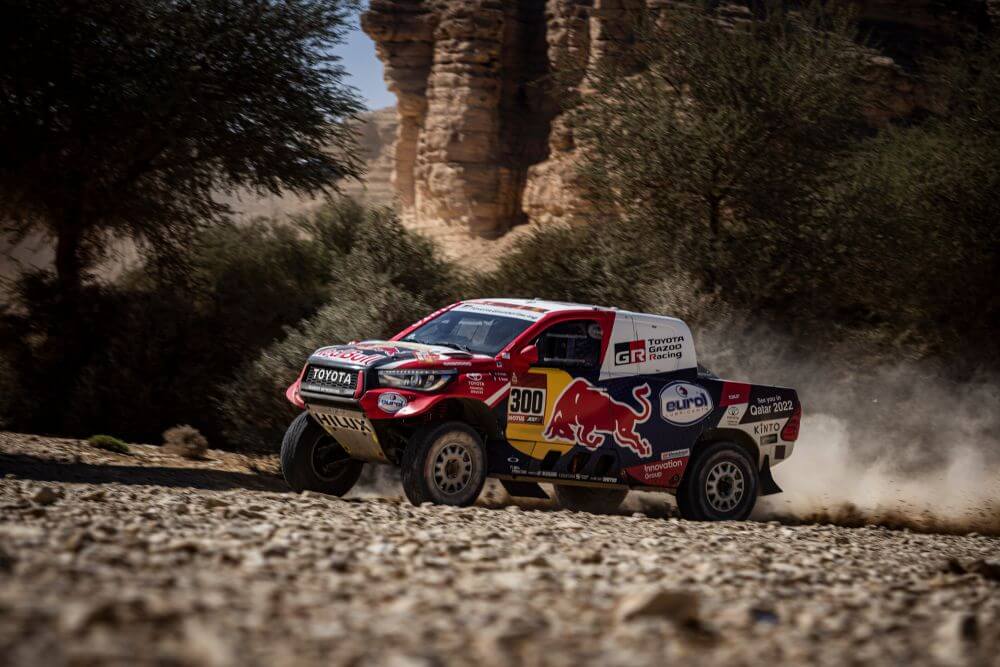 The 2020 Dakar Rally served up a mammoth Stage 9 which had competitors on the road for nearly 900km. The trip east from Wadi Al-Dawasir to Haradh included a 415km timed special stage which saw race leaders come under severe pressure. Here is all you need to know: