Eight Class 11’s finished this year’s peninsular Baja 1000, 8 teams! but only one finished first, stopping the race clock at 42:01:31:992 (Remember, that’s 42 hours non-stop!) the Sarabia Family put their Ensenada spirit on the top of the podium writing history in the SCORE record books as one of the legendary offroad families of Baja.

The Sarabia’s have been racing since the very first races way back in the 60’s collecting triumphs and trophies along the years, winning every race there is in Baja, either local with RECORD or international with SCORE they simply have won everything in different classes that includes 11’s, 16’s, 9’s, 10’s you name it, but there was one missing trophy in their collection and that was the peninsular run in a Class 11, until now… 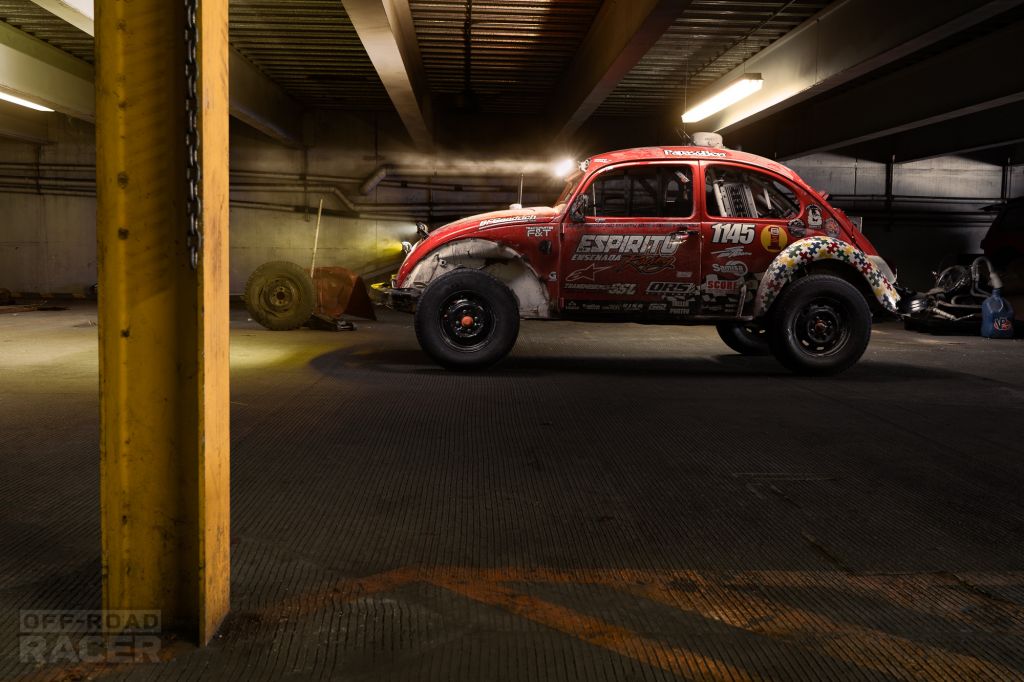 The Ensenada Spirit is the passion and love they share as team and family for Offroad racing, we think that’s the real offroad deal. 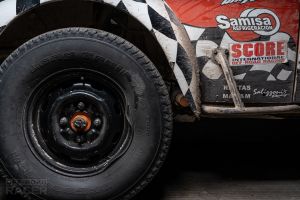 The journey of the Baja 1000 started right after racing the Baja 500 a few months back, getting the race car prepped by Adrian “Oso” Guerrero in his shop, setting the logistics and gathering people who were up to the task, all within the family and friends. At the end, 15 people including the drivers and codrivers divided in 4 cars took the challenge to race and chase. Also worth mentioning they painted the race car to raise awareness of child autism.

The race couldn’t be smoother, as Hector Maymes told us “We started 6th in line, El Indio Guitierrez started driving first delivering the car in San Vicente [RM150], then Hector “Kili” Martinez took the wheel until El Descanso [RM350] then was turn for Esteban “Tevi” Ruiz all the way to Bay of LA [RM 500] from where I started driving until San Ignacio [RM 700]. By that point we were already in the first place position. Hector Sarabia continued the journey to Insurgentes [RM 1000] where Salomon Salvatierra, race driver from Baja Sur took command until the finish line, that was his territory. We battled all day long with the other class 11’s, it was a race of the most pure kind” The spirit is more alive than ever. They had to change the alternator in San Ignacio as a precaution since they noticed it wasn’t working properly, that was the only hiccup they encountered, their logistics were flawless, according to Hector Maymes this was the winning factor for this race “Miguel Martinez, dad of Kili made all the logistics that worked like a charm, no issues, no mistakes, no communication problems, perfect.”

20 miles out of the finish line, just to make it a little bit dramatic, the transmission started to give up, luckily it hold up until the checkered flag. “We crawled up to the finishing stage and right there the transmission fully gave up, we couldn’t go for another inch” stated Maymes. It had to be dramatic of course. 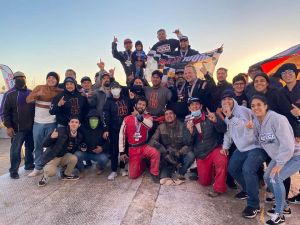 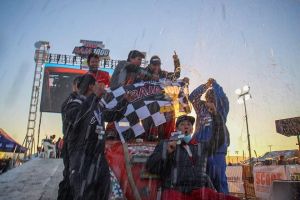 It was a very emotional finish, some other teams gather workers and friends for their team but there’s a reason why they called it “The Ensenada Spirit” as the team is composed of family and close friends only. Winning the peninsular Baja 1000 in a Class11 was a dream come true to everyone in the team but specially to Hector Sarabia who was hunting that achievement since they started racing back in the 60’s. “Getting to the finish line and seeing all your family and close friends waiting and celebrating with you is something very, very special”.

Now the Ensenada Spirit race team is getting ready for the next season aiming for another SCORE championship to share with their family and friends.