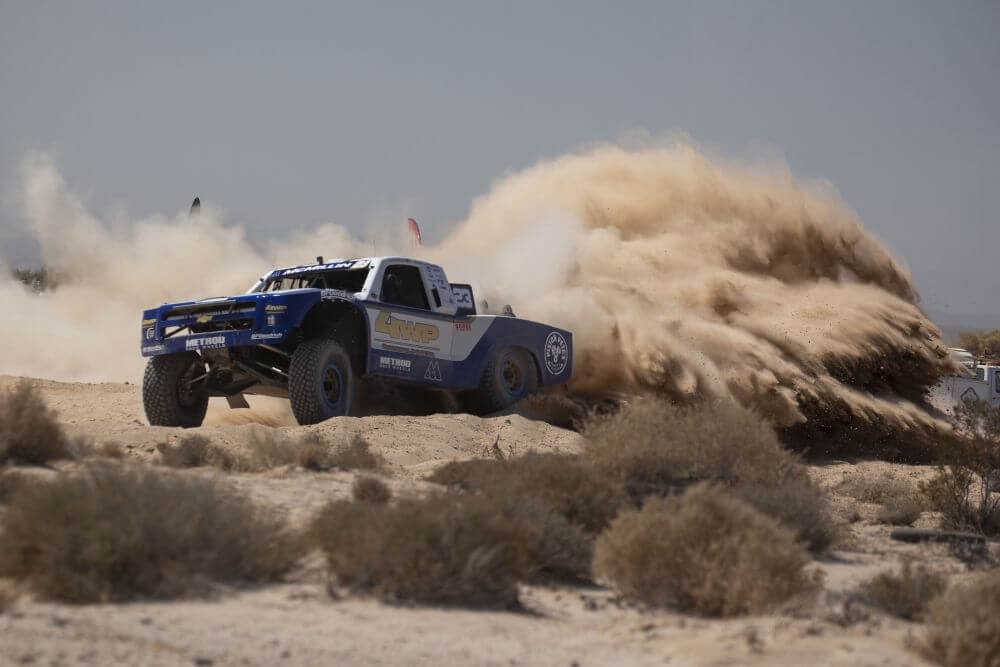 Finally SCORE International was able to put together the infamous Baja 500 after months and months of doubts and postponements. This came with a price, for the second time in the history of the Baja 500 the location changed to the town of San Felipe and the final entry number was for the lack of other word, underwhelming.

Safety protocols which included no fans allowed in the start/finish ramp and also during the two-day contingency. This all took place at El Dorado private compound. The temperature checks and face masks were mandatory for all SCORE staff, media and racers in the same area. This wasn’t a big deal for the thousands and thousands of people who showed up on Saturday to watch the action thru the 480 miles of the racetrack, it’s no secret that everyone is tired to be locked up in their houses and happy to be breathing fresh air combined with dust and race fuel, the desert is like therapeutical for Baja fans.

While thousands of fans arrived to the San Felipe area to spectate, the contrary happened with the racers that were conspicuous by being absent. The final entry number was 129 teams including 19 teams in Trophy Class and Trophy Truck Legends. The biggest category had 21 entries, which was the Unlimited UTV turbo class. We can’t lie that it felt lonely sometimes while we were chasing the race with the big gaps in time between the racers.

All of that doesn’t matter, Baja always delivers a great time surrounded by incredible fans and amazing race action that you can’t see anywhere else in the world.

Festivities started with Time Trials on the area known as “the stadium”, a short course style track full of man-made and natural obstacles offering a real challenge for the Trophy-Trucks, Class 1 and Spec Trophy Truck classes looking to start in the best position for Saturday race.

Luke McMillin, Alan Ampudia and Robby Gordon were some of the favorites to take the pole position, one by one each racer took the green flag racing through the 3.5-mile loop on Wednesday morning with the weather reaching over a hundred degrees with more than 50% humidity, adding an extra challenge to all teams racing, as well as media.

Fan favorite and legendary driver, Robby Gordon riding his ‘unicorn’ Trophy Truck showed off the capabilities of his ‘legendary creature’ getting the fastest time of the day followed by Luke McMillin and Justin Lofton, the rise of the 4 wheel drive trophy trucks is happening now.

On saturday the bikes started at 3am and the trucks at 7am, within the first hundred miles the race had formed two groups of racers, one fighting the overall and everyone else. In the first group was Robby Gordon leading most of the way and behind him the McMillin brothers, Justin Lofton, Alan Ampudia followed close by Tim Herbst and Class 1 driver Cody Parkhouse. All of them fought from the drop of the green flag to the drop of the checkered, battling through the heat and dust of the Mexicali desert.

Robby Gordon led for more than half of the race keeping a fast pace and using the dust as his best ally to keep his closest competitors in check, but at the end that wasn’t enough to contain the Big Blue M who this time wasn’t led by Luke or Andy but by Dan McMillin who seems to finally break a curse winning the overall after years of trying and falling short. Tim Herbst got to the finish line first, but after reviewing the data the Terrible team had to settle with the second position in the podium, Luke McMillin got third after dealing with a couple of flats and getting stuck for 20 minutes half way through.

“Dan McMillin started the race and Roger and him did a phenomenal job by getting us in the top-five. They did great, so when we got in we just tried to play it smart, push what we could push and bring it to the finish. We tried to go fast when we could go fast, and just save the truck when we had to do it. Our goal here was to get a good spot for the SCORE Baja 1000 and it looks like we’re there.” Said Justin Bean Smith, second driver of Dan McMillin right after getting the checkered flag.

On the winners circle we have Cody Parkhouse in Class 1, Santiago Creel in Trophy Truck Spec, Gustavo Piñuelas in Class. One of the highlights was Kristen Matlock who dominated the whole UTV field in her normally aspirated Pro UTV starting from the back working her way out to the top spot and even beating the forced induction UTV category.

“I started at the very back of the class and ended up passing all the UTVs, including my husband (Wayne Matlock, No. 2971). He was leading the race for the majority of the day until mile 395. The last hundred miles is when I knew I had the overall lead and therefore I decided to take it a little bit easier, but every time I slow down it throws me off my rhythm a little bit, so I was still pushing it, but being careful to make sure I would finish. It was an awesome day, we didn’t have any trouble and nailed all of the lines we wanted to nail. I’m stoked, I can’t even express it in words. I was really nervous when I heard the SCORE Baja 500 would be in San Felipe just because of the whoops and I know that training down here is pretty rough, so I was concerned about the vehicle. It was definitely trying at times, but we pushed as hard as we could, we took care of the car and our bodies and it all worked out well in the end.” said Kristen while getting interviewed by SCORE at the finish line.

With a legacy started by the late family patriarch Corky McMillin, Dan McMillin added to the Big Blue M rich history with his first career victory in the marquee SCORE Trophy Truck division. Besides his late grandfather Corky, Dan McMillin’s champion family members include his brother Luke McMillin, his dad Mark McMillin, his uncle Scott McMillin, and his cousins Andy McMillin and Jessica McMillin; the legacy of the McMillin Family couldn’t be stronger.