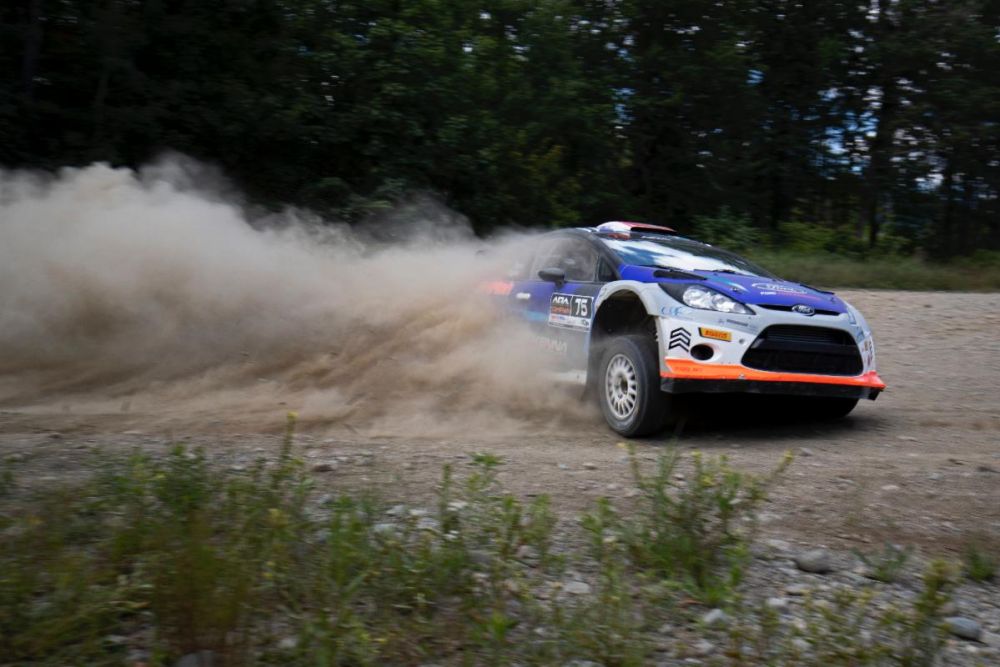 10-time United States rallying champion David Higgins has won the 2021 edition of the New England Forest Rally on his return to the sport after a nearly two-year absence. Teamed up once again with his longtime co-driver Craig Drew, with whom he won eight championships in nine years from 2011 to 2019, Higgins and Drew took the #75 McKenna Motorsport Ford Fiesta S2000 to the top step of the podium with four victories in 14 stages over the weekend.

“This is absolutely amazing, honestly!” said Higgins. “To get back here again after two years out, to get back into the fight early like we did yesterday, I didn’t think we would be able to do that. But once we started matching their times and getting with it, I thought there was a chance. We’re not 100% familiar with the car, so we had to drive hard but not take crazy risks. This is one of those rallies where it’s very hard to drive 100% the whole rally and not have a problem. But it’s been an amazing feeling to come back. 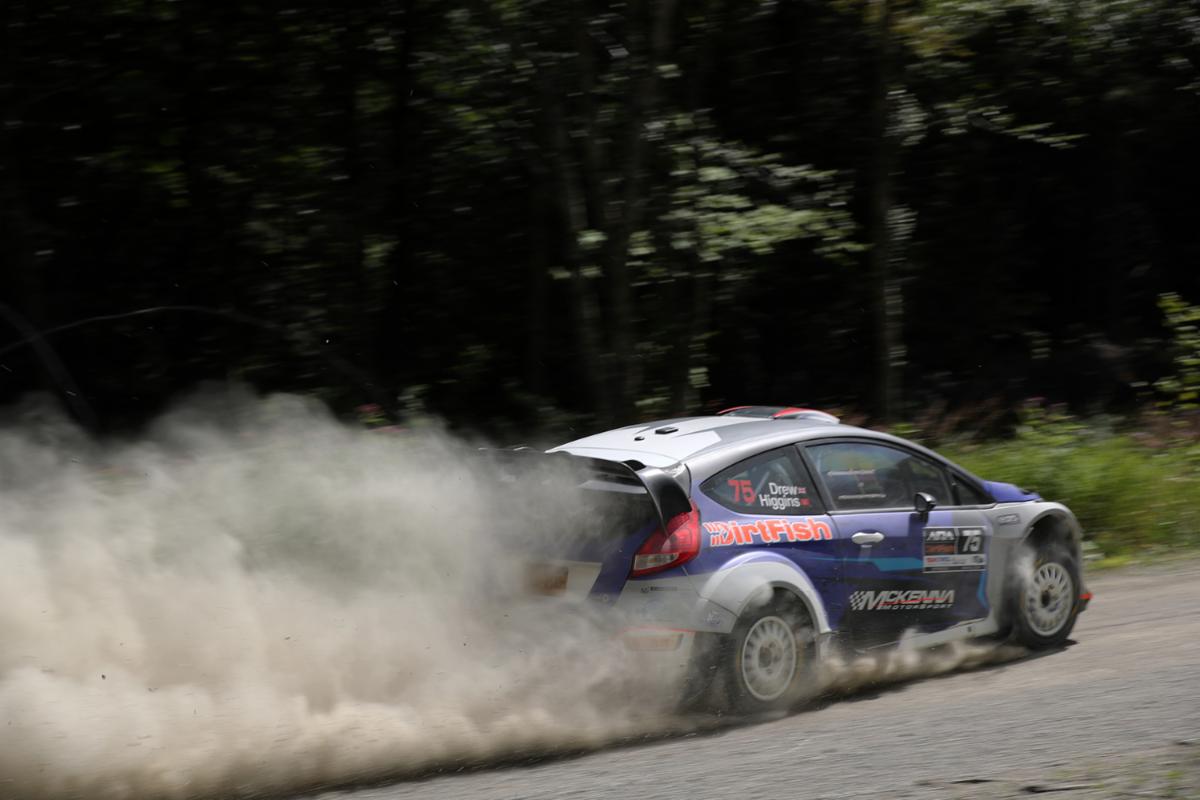 “I’m so thankful to Barry (McKenna), Dom Buckley, and the guys for giving us a chance to come out and do it again. This one probably means more than lots of the other ones, because when you don’t know it’s coming and you come on short notice to do it, it’s pretty cool!”

Through the first day of the rally, five drivers were all within 30 seconds of one another, with Higgins closing out Friday’s five stages at third overall. The first pass at Aziscohos on Saturday would begin to reshape the weekend, with Higgins taking his first stage win as a puncture for teammate Barry McKenna and a drivetrain failure for Ken Block removed both crews from contention. Higgins would continue to drive a consistent pace, winning the first pass at Morton Cutoff and sweeping Aziscohos, to be just nine seconds out of the lead with two stages remaining.

The second pass at Morton Cutoff was where everything changed. Overall leader Travis Pastrana would suffer a rollover not far from the end of the stage, with the crew walking away unhurt but nonetheless giving up the top spot. Higgins would then finish up the event with a final stage victory at North Road, and the comeback win was complete.

Notably, the rally was Higgins’ first event since suffering a major leg injury. It also gave him six victories and 11 podiums at NEFR since the rally made its summer debut in 1994, including wins in the past three instances of the event. Higgins took his fourth and fifth NEFR titles in 2018 and 2019, respectively, while the 2020 event was cancelled due to the COVID-19 pandemic.