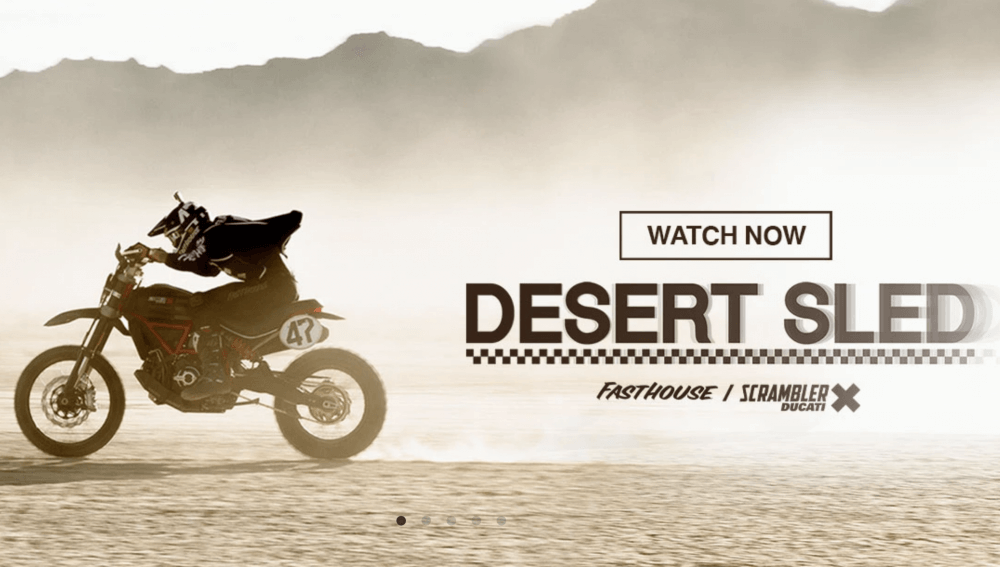 Desert Sled – A Fasthouse film of The Mint 400

When Ducati reached out to Fasthouse riders Ricky Diaz and Jordan Graham to take on the toughest desert race in North America, The Mint 400 on the Ducati Scrambler, it took but 2 seconds for the guys to answer – YES.

Desert racing runs through Jordans blood, so when the idea was born to partner up, the excitement began to build.  The Fasthouse team assembled a crew of soul riders and filmmakers to let the good times unfold. At the end of the day Graham took first in the Team Hooligan Class, while Diaz completed one of the 2 laps. If you blinked you’d miss a split second shot of desert moto living legend and 2x Mint 400 winner Malcolm Smith pass the torch, and watch on as his son Alexander was sandwiched between Team Fasthouse in the final standings, taking the second spot.  Alex races under Malcolm Smith Motorsports, the team and empire his legendary father built.

This journey of these two soul riders taking on the desert landscape of the Mint 400 on some modern day Ducati Desert Sleds, was a unique look into just one of the many teams that battled the Las Vegas terrain.