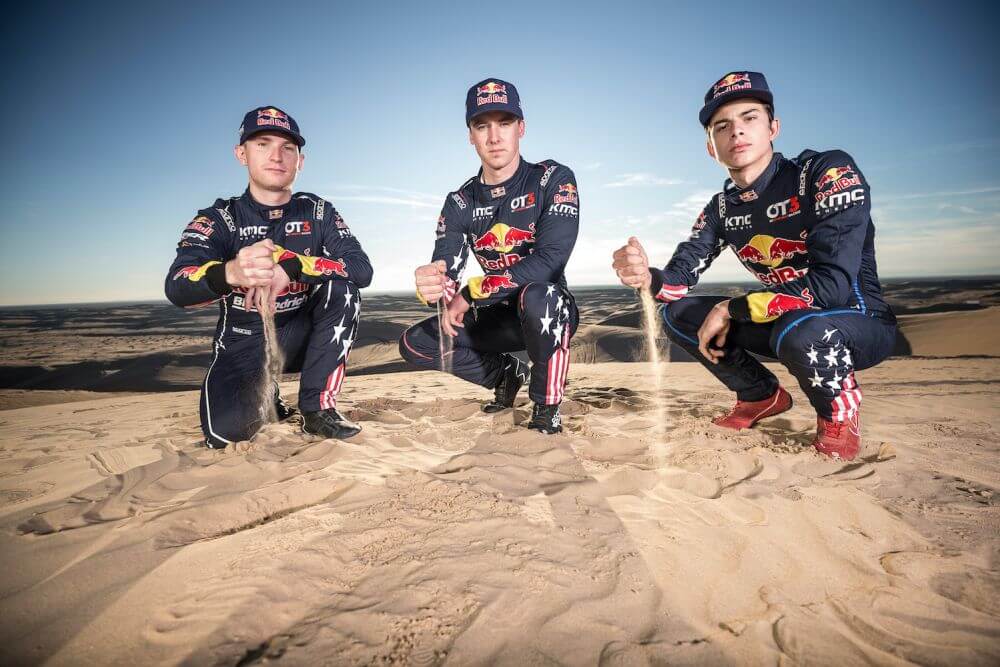 Meet Mitch Guthrie Jr. (age 23), Blade Hildebrand (age 21) and Seth Quintero (age 17) — three of America’s most promising young off-road drivers, and the members of the new Red Bull Off-Road Junior Team USA.  The digital series Destination: Dirt will follow the three young American side-by-side racers as they are thrown into a brand-new level of competition on the global stage of international rally raid racing.  Traveling across the globe to far-flung and exotic destinations, the three must learn to stand on their own amidst unfamiliar cultures and grueling competition.

This episode of Destination: Dirt follows Mitch, Blade and Seth as they begin preparations for the Dakar Rally, starting with a training session with rally raid legend Cyril Despres in the Pyrenees mountains.  From there the trio jumps right into the fire, travelling to Saudi Arabia to begin the infamously grueling two-week long Dakar Rally. Despres and his co-driver, legendary explorer Mike Horn, participate in the race as well, while still providing mentoring/coaching for the young Americans.  As Seth is only 17 and too young to compete, he provides moral support for the other two drivers before being called back to the United States to compete in the Parker 250 desert race in Arizona.