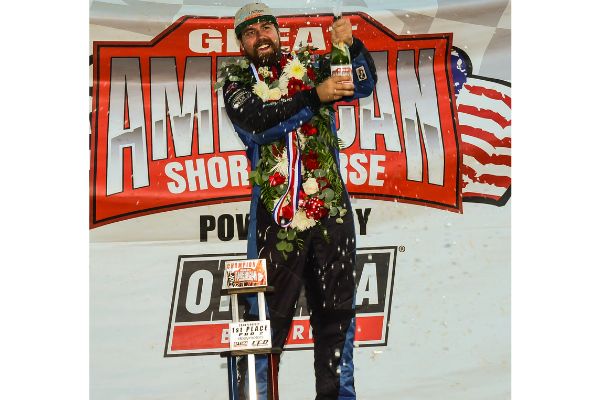 November 18, 2021
San Marcos, CA. — Dave Mason Jr. and primary sponsor eBay Motors concluded a tremendous Short Course Off Road season by winning the final race of the newly formed Great American Short Course Series and capturing the premier Pro2 Class Series Points Championship. Mason Jr.’s reliable race truck and consistent driving produced two race wins and top-three podium finishes in all but one race on the 2021 season. There was not one mechanical failure during the year, something Dave Mason Jr. credits to his team’s collective experience and focused preparation.

“I have the best team in all of Off Road Racing,” stated Dave Mason Jr. after winning the final race of the season and securing the Championship by 51-points. “It feels so good to be the Champion, especially to give this back to my awesome sponsors like eBay Motors, Maxxis Tires, Baja Designs, Tri State General Contractors, as well as my entire team.”
“It’s been a long year, a long season that we’ve gone through, I’ve learned so much, and nobody’s given up the entire way,” added Mason Jr. from the top of the Champaign Covered Podium” 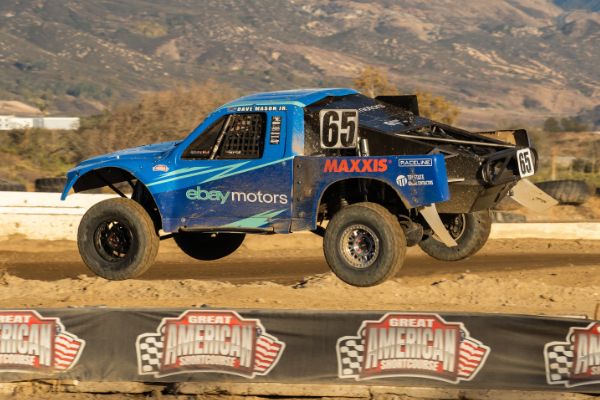 “When something was off with our setup or we were caught up in a crash, no one ever lost focus, added Mason Jr. “These guys will stay up all night long if needed to get it right. We won today after a long night of changes from yesterday’s race. That’s all the credit to this amazing team.”
The Mason Off Road eBay Motors Crew is small in comparison to some of the other teams, but sometimes less can be more. Mason Off Road packed a powerful punch to their competitor’s race after race. Steve Barlow, a former Champion short course Off Road Racer, has been the Crew Chief and Driver Coach for the past two years. He is accompanied by the talented Seth Walther, the team’s Car Chief, who can be accredited for the no mechanical failure season. Barlow and Walther are backed up by Mechanics Greg Wirkus and T.C. Steingrube, both have years of experience in racing, which contributed to the overall success of the team. 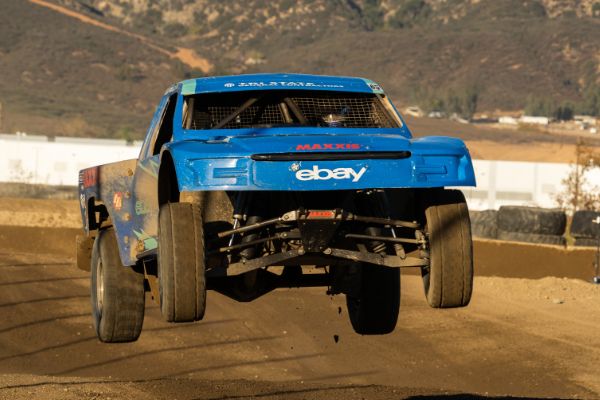 Mason Off Road took a short bit of time to celebrate the successful short course off road racing season. But the celebration was short-lived as the team left immediately after the short course race and headed south of the Mexican border to compete in the famed Baja 1000, where Mason Jr and his Father Dave Mason Sr. will pilot the eBay Motors Class 1 Buggy over 1200 miles down the Baja Peninsula. 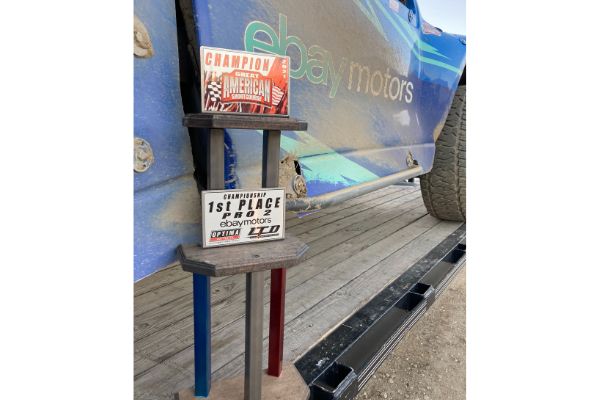 Once returning from Baja the team will not slow down. The Buggy will be prepared for King of the Hammers, a major Off Road/Rock Crawling event in January. In addition, the team plans to build a new PRO2 Truck in preparation for the upcoming Championship Off Road (COR) National Tour. The COR Tour visits some of the most iconic tracks in America and fields the best of the best in Off Road Racing. 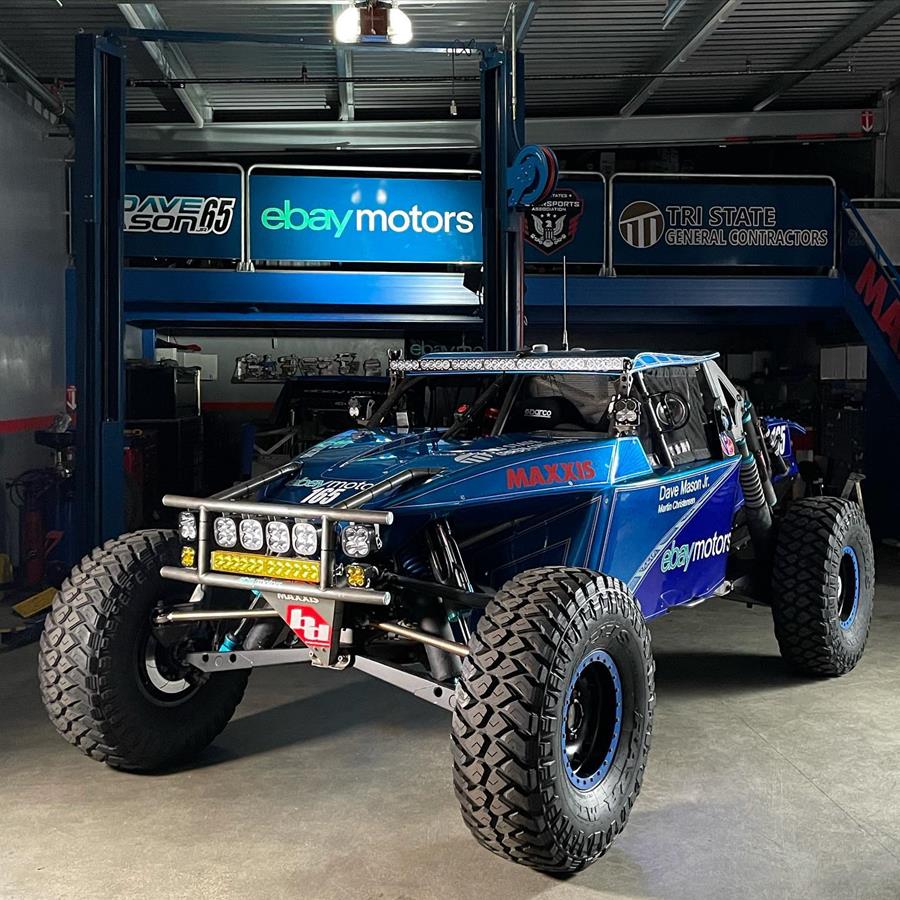 “We are really looking forward to 2022,” said Dave Mason Jr. “There is a lot of work to be done between now and the start of next season. I am still a young driver in PRO2, still learning and growing as a driver. But we have a strong team and amazing sponsors with eBay Motors and MAXXIS Tires. The foundation for a successful 2022 is established. I can’t wait to get after the new season.”