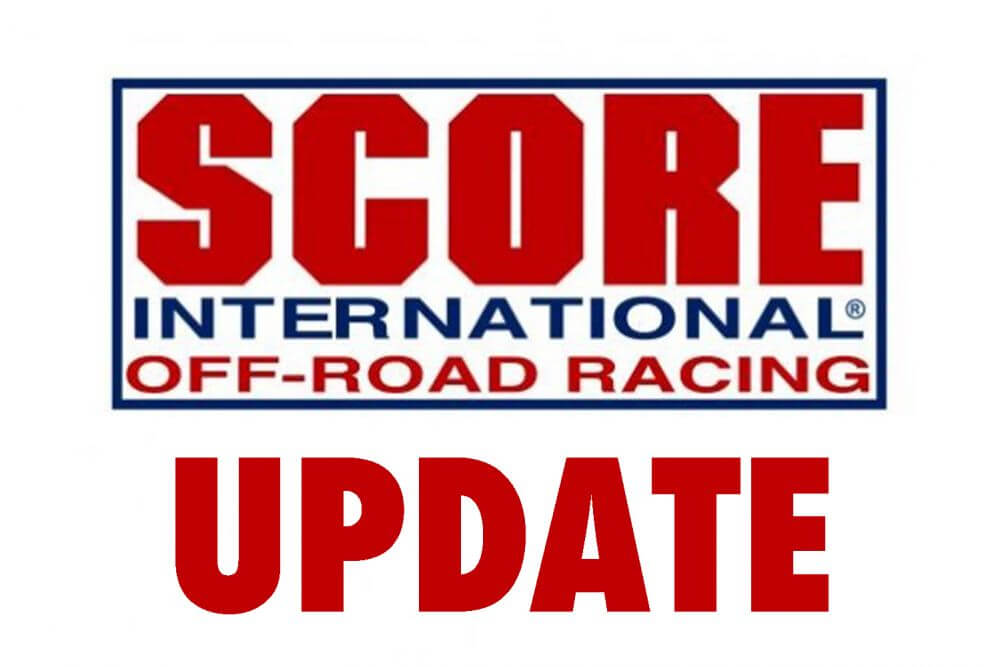 ENSENADA, Baja California, Mexico—SCORE International and the City of Ensenada (Baja California, Mexico) live-streamed from the Mayor’s office Tuesday the official signing of the agreement between the two groups that Ensenada will host the BFGoodrich Tires 53rd SCORE Baja 1000, presented by 4 Wheel Parts, this November.

The iconic season-finale of the 2020 SCORE World Desert Championship is scheduled to be held Nov. 17-22 as a single-loop race starting and finishing in Ensenada.
Spearheading the drive to execute this agreement were Baja California Governor Jaime Bonilla and Senator Gerardo Novelo along with Mayor Armando Ayala, the Ensenada City Council, as well as officials of Ensenada’s Hotel Association, the Tourism Marketing Committee, the Chamber of Commerce, the Chamber of Restaurants and the Economic Development Council.

MAYOR’S REMARKS
Among the many positive comments made on the live streaming announcement Tuesday by Mayor Ayala, he remarked “The SCORE Baja 1000 will be part of the economic reactivation of Ensenada and will take place under the strict guidelines of the Baja California State Secretary of Health.”
“We are grateful for the support of Baja California Governor Jaime Bonilla who played a very key role in order for the race to take place in Ensenada along with the Ensenada business community and the tremendous work by SCORE in putting together the details and health protocol plan for the event.”
“The SCORE Baja 1000 has a rich history in Ensenada and this year especially will benefit the economy of our city which has suffered so much because of COVID-19. This will be the first major event held here since the start of the pandemic when we have had to cancel such events as the Wine festival as well as the visits by cruise ships.”

SCORE COMMENTS
“This is a tremendous announcement for everyone involved with SCORE, the city of Ensenada, the State of Baja California along with all of the many fans of SCORE around the world,” said Jose A. Grijalva, President/Race Director of SCORE International. “This is not any easy time for any of us and the cooperation of the Mexican government has allowed us to move forward with this important agreement.”
“This iconic event will take place as scheduled under the health guidelines of a BioSecurity Protocol. Because of the pandemic, all events surrounding during event week and the race itself will take place under restricted access.”\

“We will live stream on social media and the SCORE website all of pre-race activities, race-day action and finish-line interviews and will actively encourage our fans under to take advantage of the streaming platforms available and enjoy the race out on the 1000-mile long route while continuing to observe all of the health protocols required at the time.”

Many of the world’s best desert racers will be in action at this year’s massive SCORE Baja 1000. The race will be televised on a delayed basis as a one-hour special on ABC TV’s World of X Games programming.
Ensenada, “The Off-Road Capital of the World” is a coastal city on the Bahia de Todos Santos area of the Pacific Ocean, 80 miles south of the U.S. border at San Diego.
Over 250 vehicles are expected at the start line with racers from over 30 U.S. States and as many as 20 countries anticipated. Long-time SCORE sponsor and race title sponsor BFGoodrich Tires has also posted a US$25,000 contingency bonus for the overall 4-wheel winner to help commemorate the renewal of this legendary SCORE race.

This year’s SCORE Baja 1000 will be a loop race run entirely in the northern state of Mexico’s majestic Baja California peninsula.
It will start for the 46th time and finish for the 27th time in Ensenada and the race is annually the finale of the SCORE World Desert Championship, which has been held exclusively for the past five years in Baja California.
The iconic flagship of the World’s Foremost Desert Racing Series, the granddaddy of all desert races will be taped to air domestically by BCII TV on ABC TV’s World of X Games program as well as being syndicated internationally.