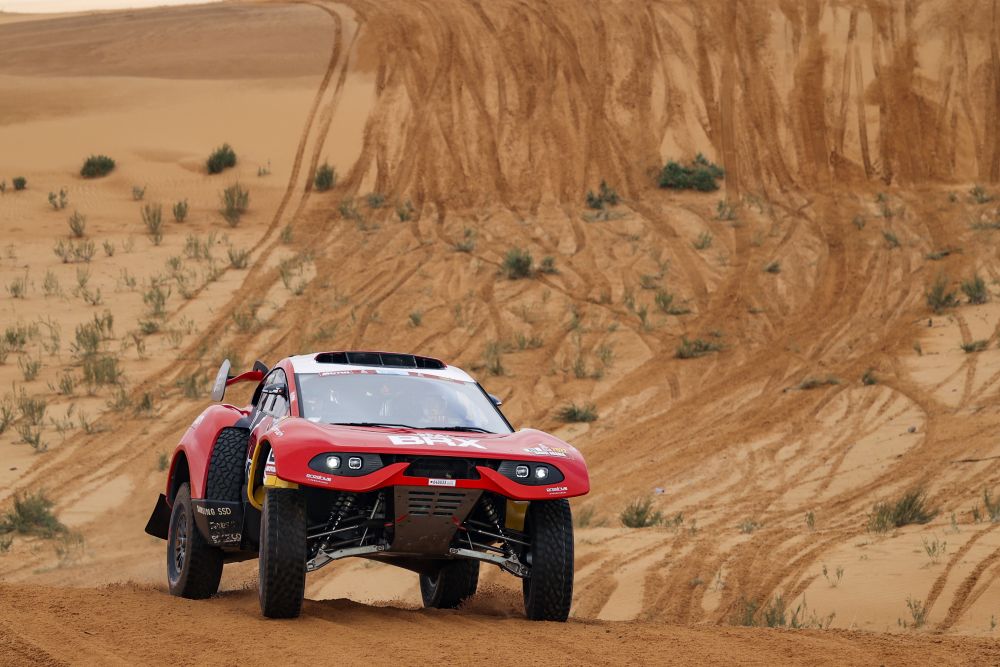 FIA-FIM World Rally-raid Championship: A battle at every level

Along an unprecedented route between Agadir and southern Morocco, the two leaders of the FIA and FIM world championship, Sébastien Loeb (Bahrain Raid Xtreme) and Sam Sunderland (GasGas Factory Racing), will come together tomorrow to be pursued by their closest rivals Nasser Al Attiyah (Toyota Gazoo Racing) and Pablo Quintanilla (Monster Energy Honda).

The Qatari and the Argentinean will have two things in common this week: they are both second in the provisional W2RC rankings as well as winners of the last edition of the Rallye du Maroc. The challengers in the race for the world titles will therefore take starter’s orders with the psychological advantage of being the title holders.

For all the pretenders for the supreme titles, the Rallye du Maroc will be a decisive turning point in this first season of the W2RC, which promises high calibre contests in all the categories.

T1: LOEB vs. AL ATTIYAH: THE CLASH OF THE DESERT KINGS
The suspense is at its peak in W2RC. Before the wheels hit the sand in the Moroccan desert, there is only one point between the leading two drivers in the W2RC rankings: 112 points for Sébastien Loeb and 111 points for Nasser Al Attiyah. Who will be the first man in history to win the title of FIA World Champion? Only two legs are left before we find out, in Morocco as from tomorrow and on the Andalucía Rally, from 18th to 23rd October.
The Qatari and the Frenchman, who monopolised the stage victories on the last Dakar, finishing respectively 1st and 2nd overall, both performed below par on the Abu Dhabi Desert Challenge (finishing 6th and 11th) for the second leg of the W2RC. Before the final battle, which will loom into view at the end of the month, Nasser Al Attiyah finds himself on an advantageous terrain in Morocco, having already won the race 6 times as well as being the event’s record holder. As for Sébastien Loeb, the man from Alsace is less familiar with this Moroccan rally, having only featured twice in its final rankings (2nd in 2017 and 14th in 2015). However, Nasser knows that the nine times winner of the WRC will be on much more comfortable ground in Andalusia, on closed tracks not dissimilar to those found on the Baja races. In short, the intensity of this duel will be higher than ever on the long road down to the south of Morocco. 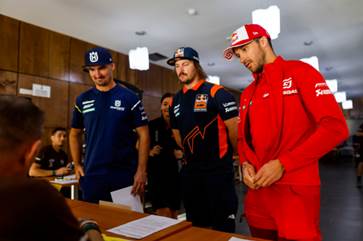 MOTO RALLY GP: SUNDERLAND – QUINTANILLA: SPARKS ARE SET TO FLY
As in the car category, a similar situation is emerging in the RallyGP bike race, with a duel between Sam Sunderland (GasGasFactory Racing), leader of the overall rankings, and Pablo Quintanilla, the title holder. Following his triumph on the Dakar, the British rider was victorious on the Abu Dhabi Desert Challenge, extending his lead at the top of the world championship rankings. However, he arrives in Morocco, where he prematurely exited the race on his two previous appearances, without a team-mate, since Daniel Sanders is still on the road to recovery. His closest pursuer, Pablo Quintanilla (Monster Energy Honda), 2nd on the last Dakar and winner of the previous Rallye du Maroc, trails him by 17 points. In his last six participations, the Chilean has finished on the podium three times (3rd in 2017, 2nd in 2019 and 1st in 2021), meaning he will start with a psychological edge. Behind the leading two riders, the competition is no less ferocious. Although 3rd placed Matthias Walkner(Red Bull KTM Factory Racing) is absent due to a recent operation on his shoulder, only 18 points separate the 4th placed rider, Ricky Brabec (Monster Energy Honda), from the 11th, Lorenzo Santolino (Team Sherco Rallye)! The Rallye du Maroc should logically lead to a shake-up in the positions with 14 official team riders on the starting line. What’s more, the Hero Motosports, Sherco and Husqvarna teams will all have a full squad for the first time this season. It should also be noted that Adrien Van Beveren, runner-up in the world championship last year, will be making his comeback. After his absence on the second leg of the championship, he will be making his debut behind the handlebars of his Honda and his motivation is clear for all to see. 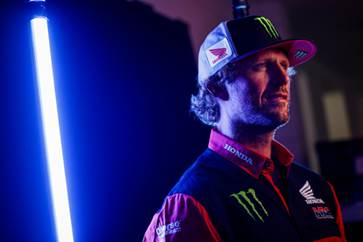 FIERCE BATTLES AHEAD AMONG THE CONSTRUCTORS
In tandem with the riders’ and drivers’ championships, everyone’s eyes will also be on the constructors’ rankings, in which the suspense also could not be higher. On four wheels, Toyota Gazoo Racing are calling the tune with 103 points, ahead of X-Raid Mini JCW on 70 points and Bahrain Raid Xtreme (65 points). Although the Hilux cars boast a significant lead, the battle behind them promises to be intense. The BRX team will be competing with Sébastien Loeb and Orlando Terranova, who finished 4thon the last Dakar. The X-Raid Mini JCW clan will also be able to count on two especially experienced drivers, Jakub Przygońskiand Sebastian Halpern.
As regards the FIM rankings, three constructors are battling for the podium places: Monster Energy Honda (83 points), GasGasFactory Racing (63 points) and Red Bull KTM Factory (60 points). Behind them, the struggle between their pursuers is just as exciting, between Hero Motosports (in 4th on 31 points), Husqvarna Factory Racing (in 5th on 22 points) and Team ShercoRallye (6th on 19 points). In short, the battle will be taking place at all levels on the sands of Morocco.

AN EQUALLY FEROCIOUS TUSSLE IN T3, T4 AND T5
In the other categories, the Rallye du Maroc will also be providing a superb setting for confrontations between experienced drivers who will be doing their utmost to snatch victory and take an option on triumph in the world championship. Like Sam Sunderland in the bike category, in the T3 class, Francisco López (Can-Am Factory South Racing) has built up a significant lead over Cristina Gutiérrez (Red Bull Off-Road Junior Team) thanks to his consecutive wins on the Dakar and then the Abu Dhabi Desert Challenge. Is it to give the Spaniard a free rein to attempt a show of force against “Chaleco” that her OT3 team have not included her among its three crews able to score points in the constructors’ rankings? The answer to that question will soon be evident when the race gets going, because Cristina has 116 points against 141 points for the Chilean and will have to make up this gap if she wants to hold on to her crown in Andalusia. In the T4 category, a trio of competitors lead the rankings. American Austin Jones (Can-Am Factory South Racing, on 122 points), Poland’s Marek Goczał (Cobant – EnergylandiaRally Team, on 118 points) and Lithuanian Rokas Baciuška (South Racing Can-Am, on 107 points) have stolen a march on the rest of the field but are only within a whisker of each other. In the T5 category, Martin Macík (MM Technology, on 108 points), who was unable to score the slightest point on the last leg of the championship due to his withdrawal, will be determined to beat Kees Koolen (Project 2030, on 140 points). However, as Tomáš Vrátný makes his comeback, he could be set to make their life difficult and is aming for the podium.
All that remains is for the competitors to battle for the win on the sand of Morocco to see who will take the advantage before the last leg in Andalusia, where they can lay claim to becoming world champion!

THE PROGRAMME
Administrative and technical scrutineering commenced on Friday 30th September in the Agadir Stadium. They will continue tomorrow morning before the start of the qualification special (stage 1A) in the afternoon. The W2RC caravan will set forth on Sunday 2nd October on a loop out from Agadir and back, made up of five stages punctuated by four bivouacs. A 2 316-km routeawaits the competitors, including 1 575 km of specials.