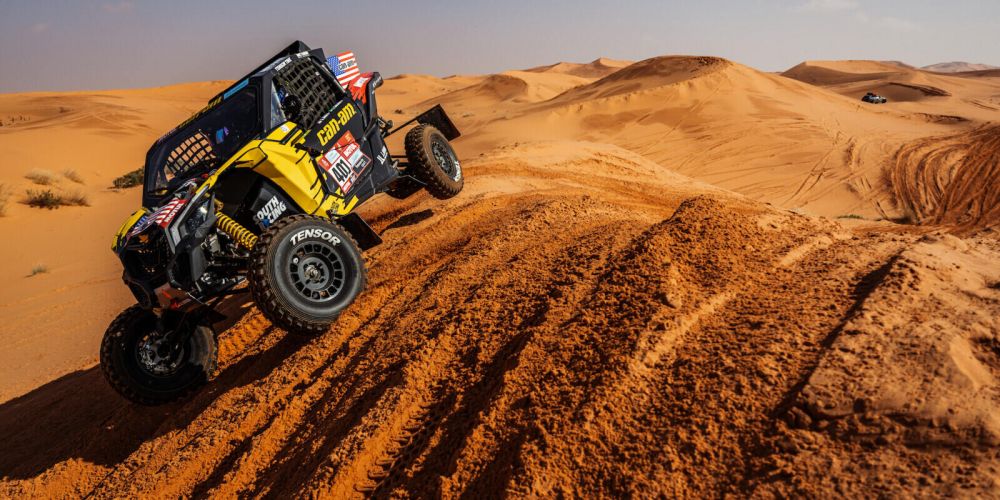 The toughest rally in the world is a go, and a field of 409 racers have already scorched through four stages of dunes and rocks amidst some of the harshest conditions on the face of the planet. Of that vast number of racers an elite group including Monster Energy athletes, are leading the way. In all, this year’s race encompasses 12 stages, through a large central loop of Saudi Arabia from Jeddah to Ha’il, Riyad, and back again. The 44th edition of the legendary event means just over 8300 km of racing, and zero margin for error.

For even the most seasoned competitor, taking on this behemoth of a competition is a daunting task. 24-time race veteran, Monster Energy athlete – and winner of the Dakar on two- and four-wheels – Nani Roma, described the Dakar as the “ultimate motorsport challenge, which is a test that changes like waves on the ocean.” 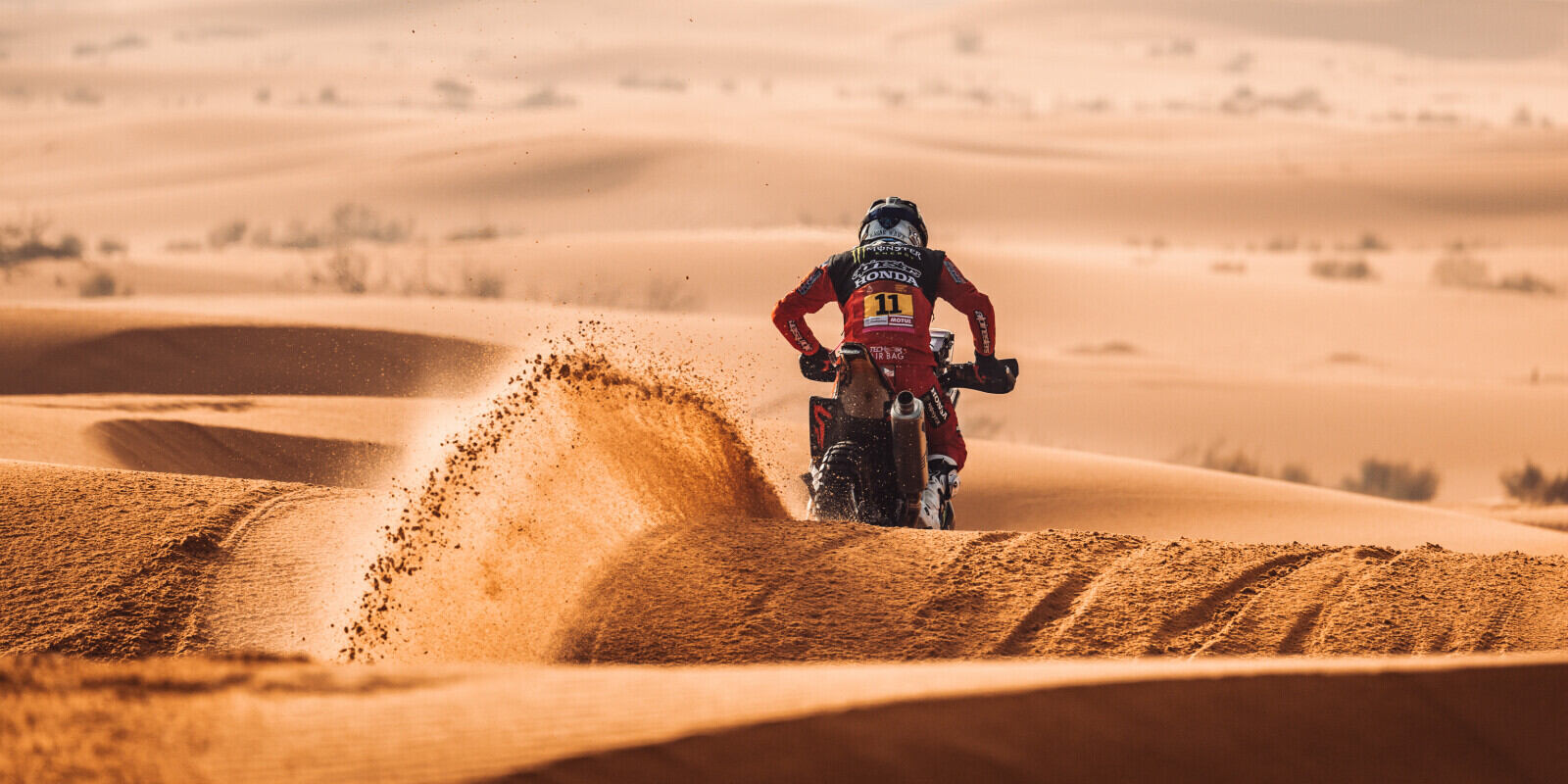 As the Dakar rolled into the northern territories of Saudi for stage two, Monster Energy Honda rider Joan Barreda – or Bang-Bang to his fans – does what he does best. Attack. The Spanish rider set about picking through the treacherous opening trails between Ha’il and Al-Artawiyah to take a commanding lead over the opposition. At the end of the stage, Barreda finished with a five and a half minute lead over rivals Sam Sunderland and Kevin Benavides. Better still on stage four, between Al Qaisumah and Riyadh Bang-Bang notched up a further stage win, leading home Monster Energy Honda teammate Pablo Quintanilla in second. The result means Barreda now boasts 29 Dakar Rally stage wins to his name making him the third most successful motorcycle rider in the rally’s history. 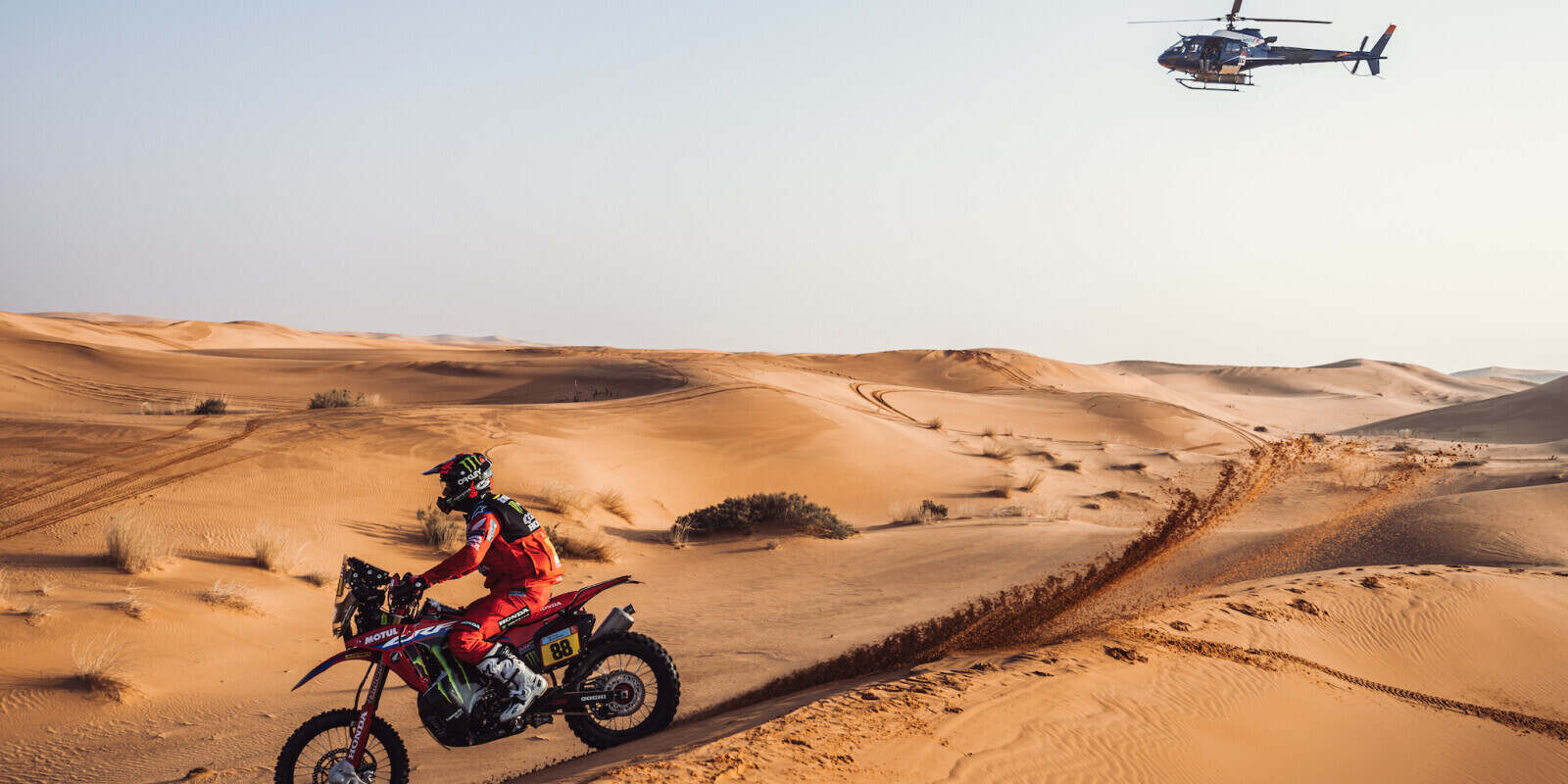 “I’m really happy with this win. It was a good day,” said a satisfied Barreda. “Looking at the number of stage wins, I am only second to two big names – Stéphane Peterhansel and Cyril Despres [33 stage wins each]. Thinking about this record, 29, makes me proud because it tells a lot of the good work done in these past 8 years on the Dakar. I left my footprint. Is the target of 33 victories doable? It seems hard to close this gap, especially in this Dakar where the level of the field is so high and the navigation really technical. But you never know. The most important thing is to keep fighting and keep the motivation high.”

Whichever way you cut it Adrien Van Beveren has had some lousy luck on the Dakar. The last four events have yielded four retirements, not least with the French rider weathering a huge crash in 2020, which nearly put him out of racing for good. Despite this Van Beveren’s pace has always been front running. The good news is that Dakar 2022 so far is going in the Monster Energy Yamaha rider’s favor. 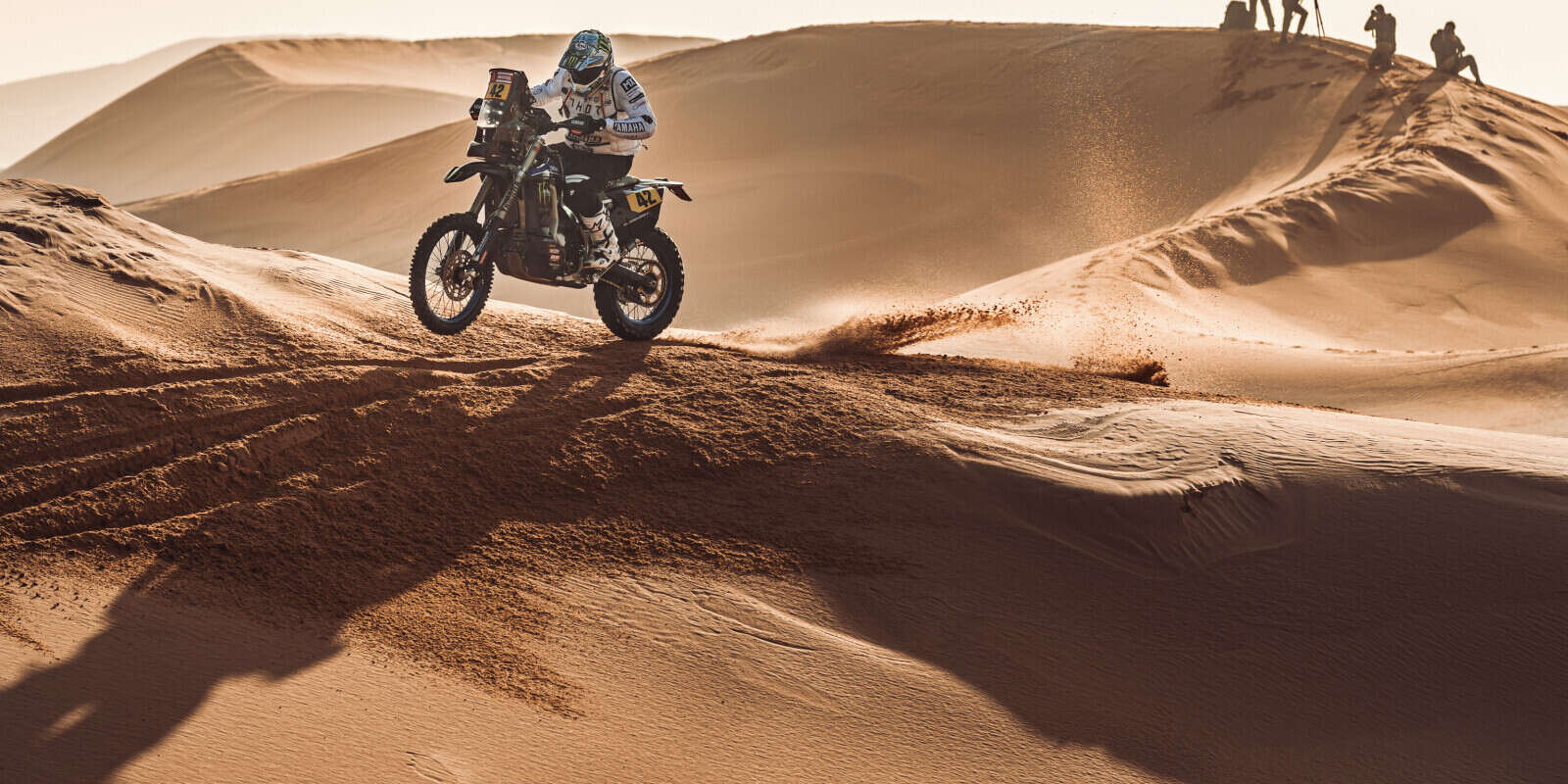 Since the Dakar touched down in Saudi Arabia after a decade in South America, and David Castera was appointed Rally Director, there have been some key changes in the route. This has in turn led to big changes for team tactics.

“The navigation system has completely changed,” explains Johnny Campbell, Team Coordinator for Monster Energy Honda. “The riders, in general, have to learn a new language. Last year was an update, this year it is even more. The ASO, the Dakar organizer, is using navigation as a tool to slow the overall speeds down. They need to learn how to play the game. This is why we have seen big swings between who is leading and who finished in P13 or P15. The riders need to manage not to be in that big swing. Consistency is the key.” 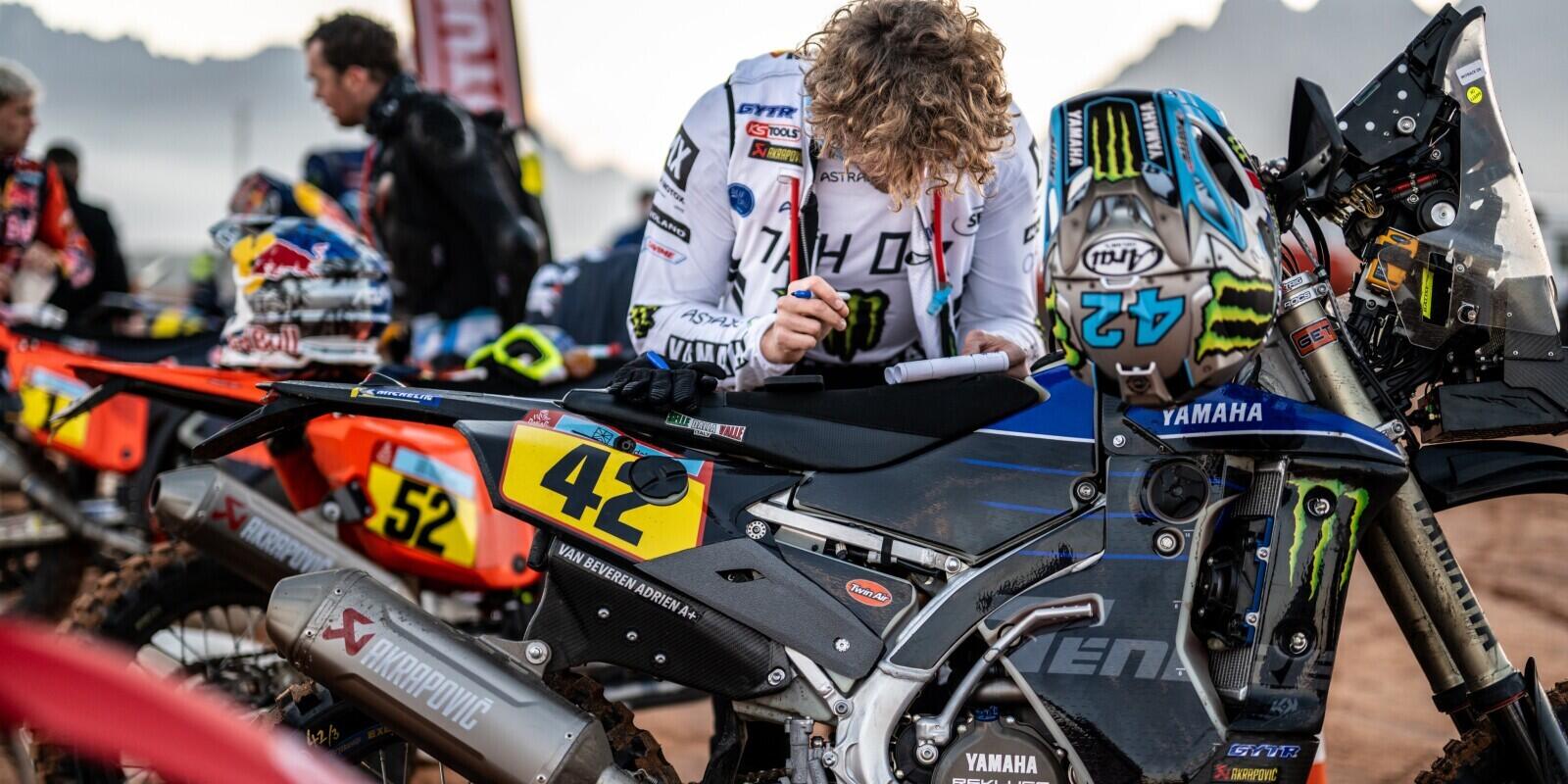 “The riders need to understand that this is a huge mental game. The mature guys can take a step back and look at the race from a big perspective and play the long game,” continues Johnny Campbell. “Like with poker. You don’t win on the first hand. You don’t need to win at the second hand either. It’s all about the last chip.”

The same on the Dakar, where the mental, physical, and mechanical stress increases kilometers after kilometers and you know the winner only at the finish line after 8,000 kilometers. On the open desert, everything can happen at any time. The mantra is a day at a time. The first target is to pass the rest day only then you can start some calculations.

It’s no small feat to be considered a favorite on the Dakar on only your third attempt but this is exactly what US racer Austin Jones has achieved. Eighth on his first attempt in 2020, and second in 2021 after leading the race four days before the finish. Now Jones is first overall after the first four stages. The Monster Energy Can-Am driver boasts a four-minute lead after over 3200km of racing. 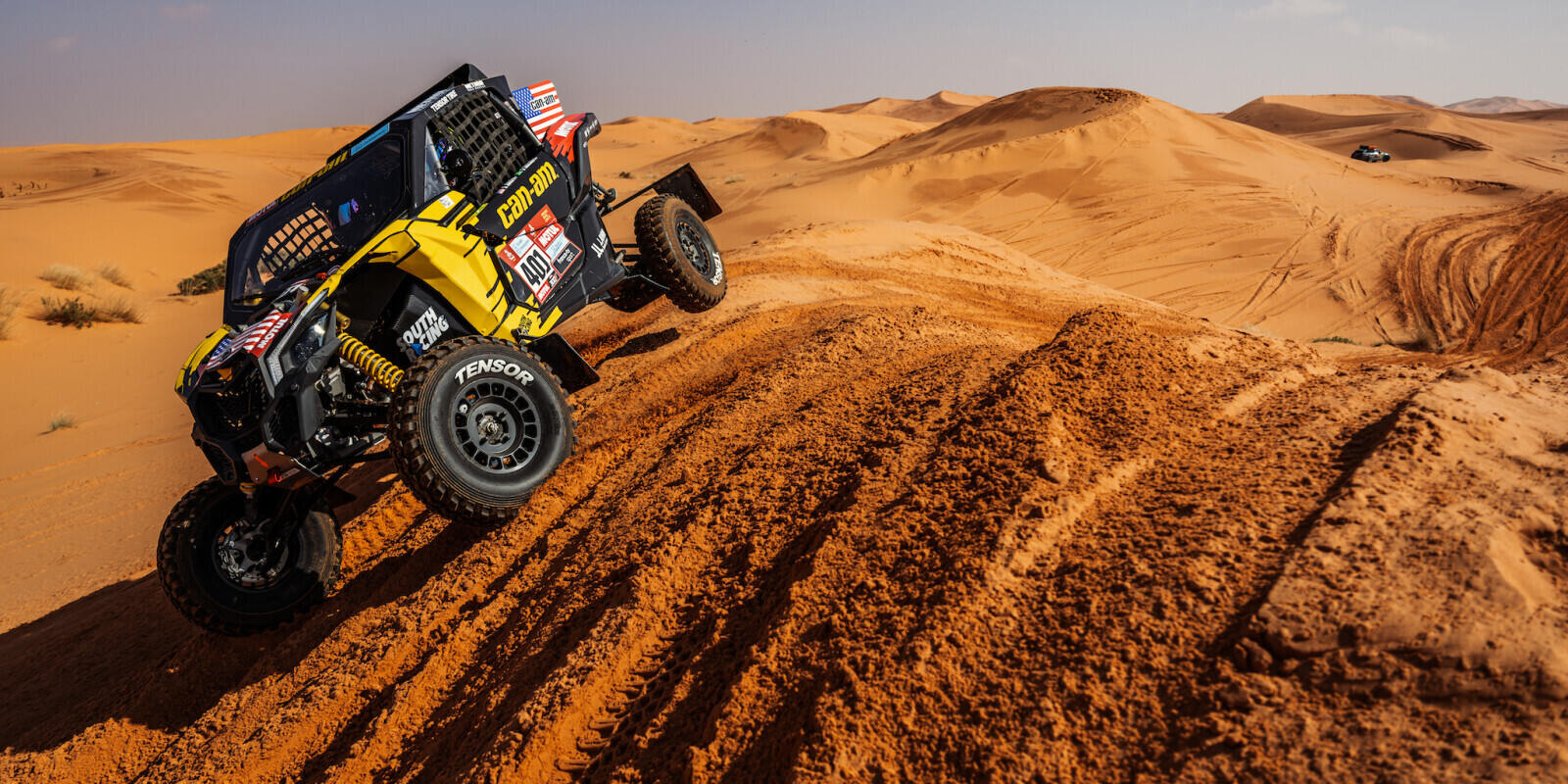 Jones said: “Stage four was the longest of the rally so far. Fast in the beginning with a lot of sketchy moments and brutal rocky water crossings towards the end. We were ten seconds away from first on the stage, but we are still leading the overall rankings by a few minutes going into day 5. There is a long way to go still, 8 more stages, so we will keep cruising along!”