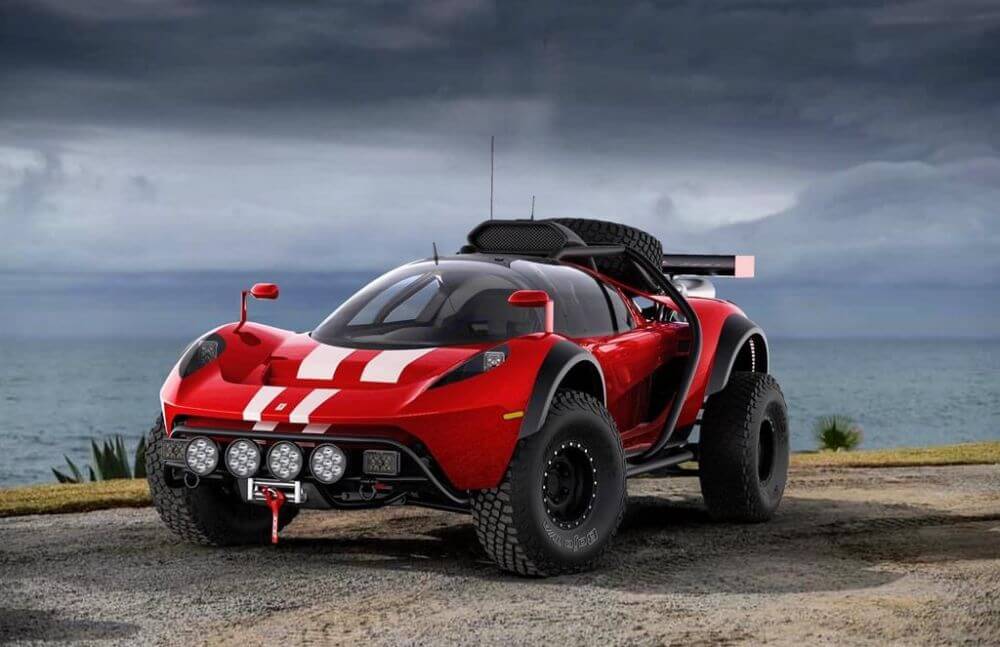 Who remembers The Lotus 7? The light weight two-seater roadster originally designed by Lotus Founder Colin Chapman. The style and design appealed to so many, as the model ran in production from 1957-1973. This vehicle was the source of fun and excitement for so many, and personally I thought the styling was amazing, especially for it’s time. In the era it was made, to be able to drive what looked to be a track car on the road had to feel pretty cool.

Enter Scuderia Cameron Glickenhaus (SCG), a company that has a long standing tradition for some of the highest quality precision machines to ever be on the road, much like lotus. Only multiplied landing SCG in the “Super Car” category.

At this point you’re either really excited, or really bored wondering what this has to do with off-road? Well, it it seems SCG has decided to make a hard turn and begin venturing off the road.  Combining inspiration from the Lotus 7, as well the Porsche 959 Rally Cars, both proven vehicles which completed exactly what the automakers set out to do.

SCG is now looking to offer their name and brand to a wider audience at a lower price point. They are working hard on the mini “Paris to Dakar” SCG 008. Or informally known as the “004/Mini Boot”.

This will be offered directly through their web store. This difference with this KIT is just that, it’s a kit, and it will not be sold as a complete car. Available for purchase will be parts and other accessories to build your very own. The idea is pretty exciting to have an off-road racer/home built kit car with all DOT requirements for the class it falls under. The engine will not be included with the kit, but will be designed to use a 2.2L EcoTec crate engine and a Sadev transaxle. The kit can include mufflers with internal CATs as required by DOT spec law.

Below is SCG’s idea of what it can all look like together!

Glickenhaus is thinking of a 2WD vehicle with optional 4WD and even making it eligible for the Baja 1000, Paris to Dakar and other races. There’s still a LOT of details to be worked out including pricing, but the fact that this is even being talked about, researched, and engineered by the team at Glickenhaus is truly exciting.  Only time will tell, if the SCG engineers have what it takes to tackle to rough desert terrain, as it’s not as forgiving as pavement.