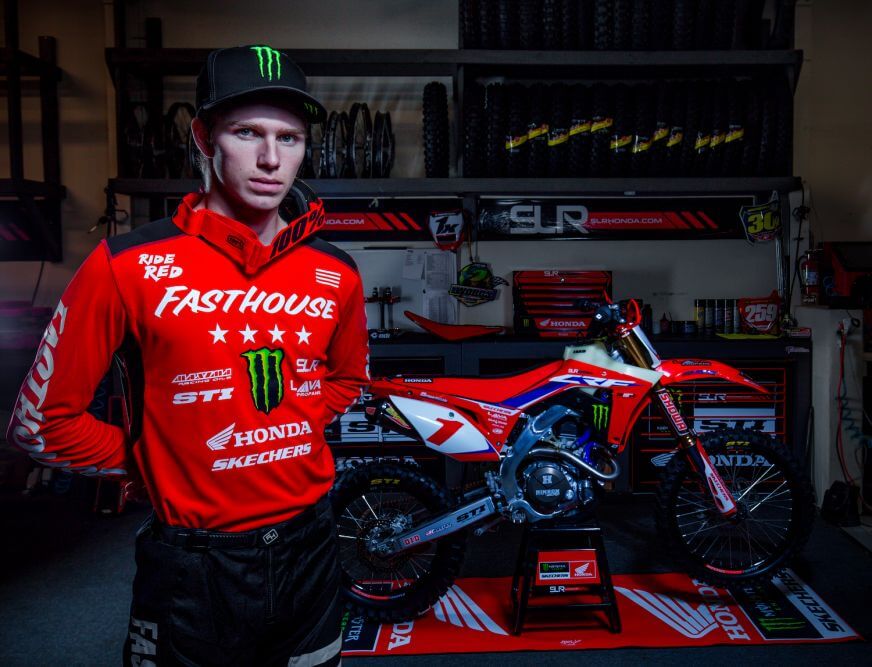 With the 2020 GNCC season set to commence this weekend, Honda has announced the lineups of its off-road racing teams, including JCR Honda, SLR Honda and Phoenix Racing Honda. For 2020, JCR owner Johnny Campbell takes on the role of Off-Road Coordinator, which will see the 11-time Baja 1000 winner providing oversight and counsel to all of the squads in Honda’s Off-Road Racing Program.

JCR Honda’s rider lineup comprises Tarah Gieger, Preston Campbell, Ricky Brabec and Kendall Norman. Gieger is defending her Pro Women crown in the AMA National Grand Prix Championship (NGPC) aboard a CRF250RX, and she also topped the Pro Women class at the season-opening AMA National Hare & Hound Championship round (NHHA). Preston Campbell, who is Johnny’s son, is campaigning both the NGPC and NHHA series, as well as other selected races. He has moved up from 250cc machinery for 2020, and is racing both a CRF450RX and a CRF450X, depending on the event. Brabec and Norman are entering selected races for JCR in 2020. (Brabec is fresh off a historic win with Monster Energy Honda in the 2020 Dakar Rally, under the mentorship of Johnny Campbell, with Norman serving as his technician.)

SLR Honda features an expanded scope for 2020, with additional riders and events. Returning racer Tallon LaFountaine is joined by reigning NGPC Champion Trevor Stewart and former supercross/motocross racer Cole Martinez. Stewart and Martinez are racing the CRF450RX in the Pro Division for both NGPC and WORCS, while LaFountaine rides a CRF250RX in NGPC’s Pro II class and a CRF450RX in the WORCS Pro 2 races. Martinez has finished on the Pro podium at the first two NGPC rounds, while LaFountaine has topped both Pro II races. In addition, SLR will continue to compete in the SCORE International World Desert Championship, in which they are undefeated over the past two seasons. The team’s rider lineup for that series is still being finalized.

In addition to their racing focus, all three teams will offer Trackside Support at the events they compete in, with the exception of SCORE. Honda also continues its Red Rider Rewards contingency program, which gives Honda racers across the country the opportunity to earn payouts in various categories.

“We’re proud to be fielding a strong, three-team Honda off-road program,” said Brandon Wilson, Manager of Advertising & Motorcycle Sports at American Honda. “JCR, SLR and Phoenix all have professional operations and are a pleasure to work with, and they all have strong rider lineups for 2020. With Johnny Campbell’s new role allowing him to offer his knowledge, experience and assistance to all of the teams and their riders, we expect the level of these three operations to be raised even higher.”