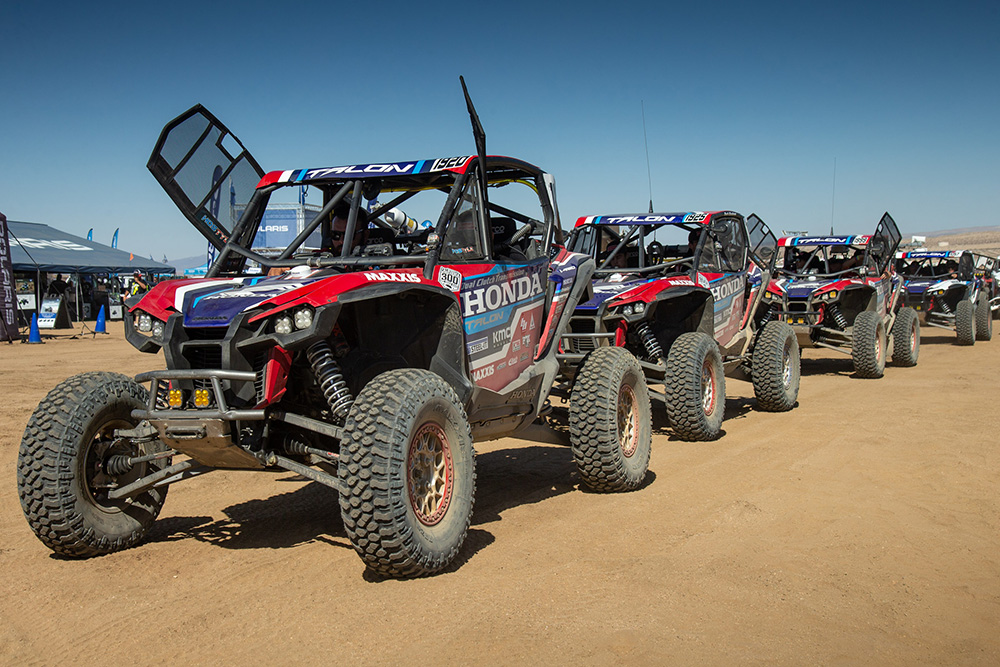 The first edition of The California 300 Limited & UTV race, held on October 14th, was hard on equipment and racers. The tight, technical, brutally rough 68 mile race course wound its way through the hills just outside Barstow, CA. The high 78% attrition rate tells a large part of the struggles felt by all of the racers.

The three Honda Talons ran out front for three of the four laps. Often trading top positions between them and, at times, leading the race. But at the end of lap 3, Ethan Ebert was feeling the effects of the heat and took himself out of the race for medical reasons. 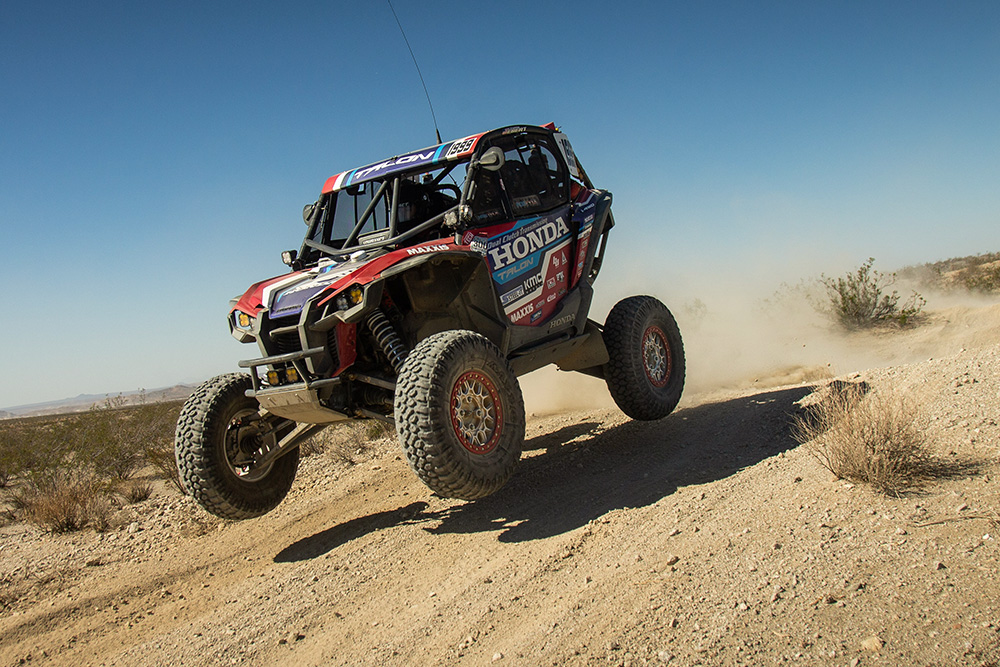 “Ethan came into the main pit at the end of lap 3 for a planned stop. He made the decision to end his race as he wasn’t feeling well. He was evaluated and is thankfully, doing fine, but he definitely made the right call in the moment,” recounts Team Principal Jeff Proctor, “It was such a bummer because he was running so strong until that point.” 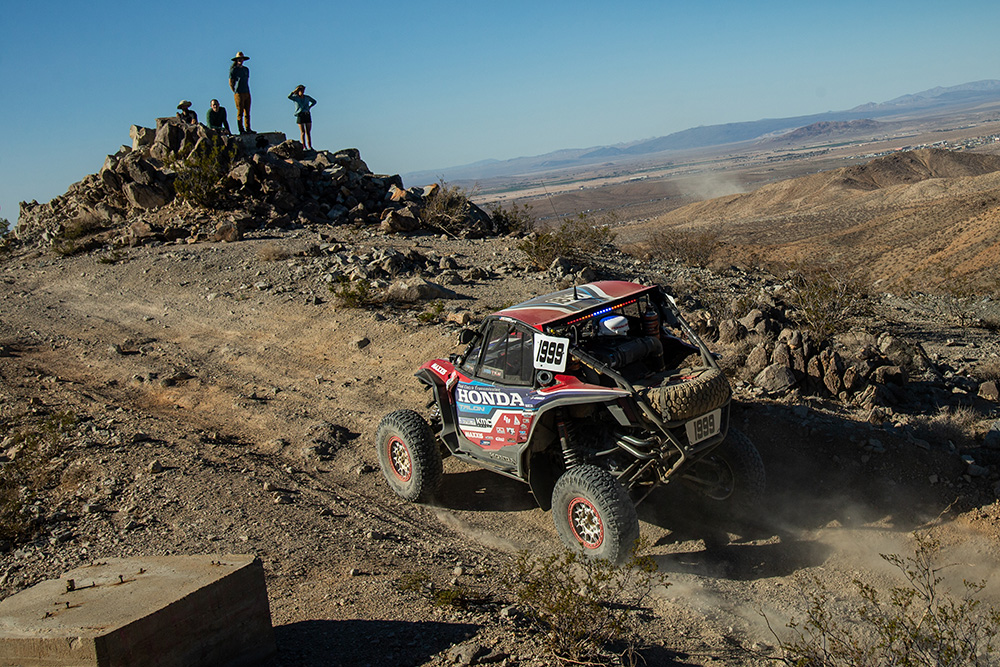 Hanna’s day in the No. 1920 Honda Talon ended early as well, but with a bit more drama. After battling for the lead for nearly the whole race, Hanna’s Talon had enough of the rough course and broke just twenty miles from the finish. 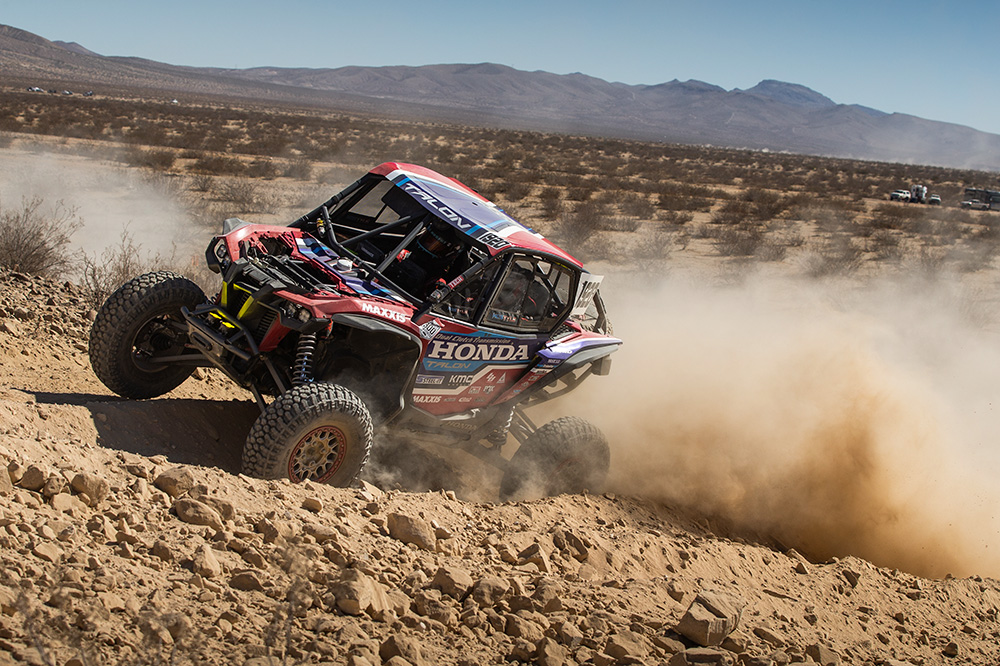 The bright spot for the team was Sizelove’s run in the No. 1925 Honda Talon with a second place finish in the UTV Pro NA class with a time of 7:56:00.

“I knew the inaugural California 300 was going to be a difficult race to finish,” said Sizelove. “I’ve been racing in the Barstow desert for 15 years and know how hard it is on equipment. So going into the race I had no intentions of pushing or driving hard, I knew that my chances of finishing and doing well would depend on my ability to run a good consistent pace the entire time. I started the race in the 7th position and just focused on myself and didn’t fall into the trap of wanting to race other cars and push harder than I wanted. 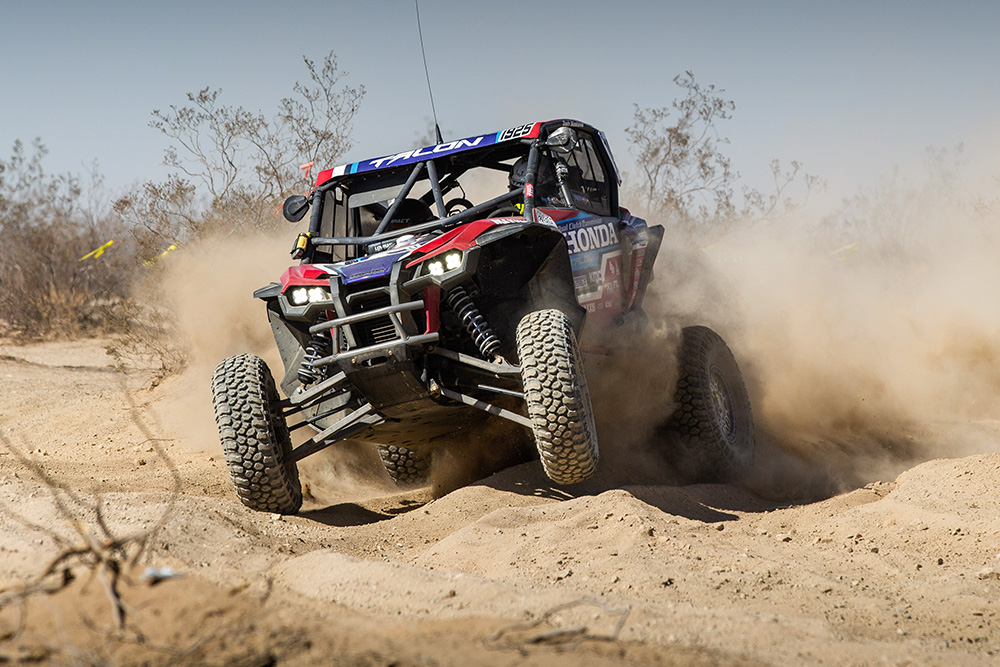 “The only issue all day was on the second lap my crew had to change a rear axle due to a torn CV boot and decided to change it to prevent a failure later in the race. On the fourth and final lap, I made up three positions from passing vehicles that had issues from driving too hard, too early, and from pushing myself late to have a solid finish. I knew that the 210 mile mark was going to be critical, if you can make it that far and still have a car that feels good I would be able to push to the finish for the last 70 miles and that was what I did. I can’t thank Jeff Proctor and the Honda Off-Road Racing Team enough for all the hard work and preparation to make this happen!” 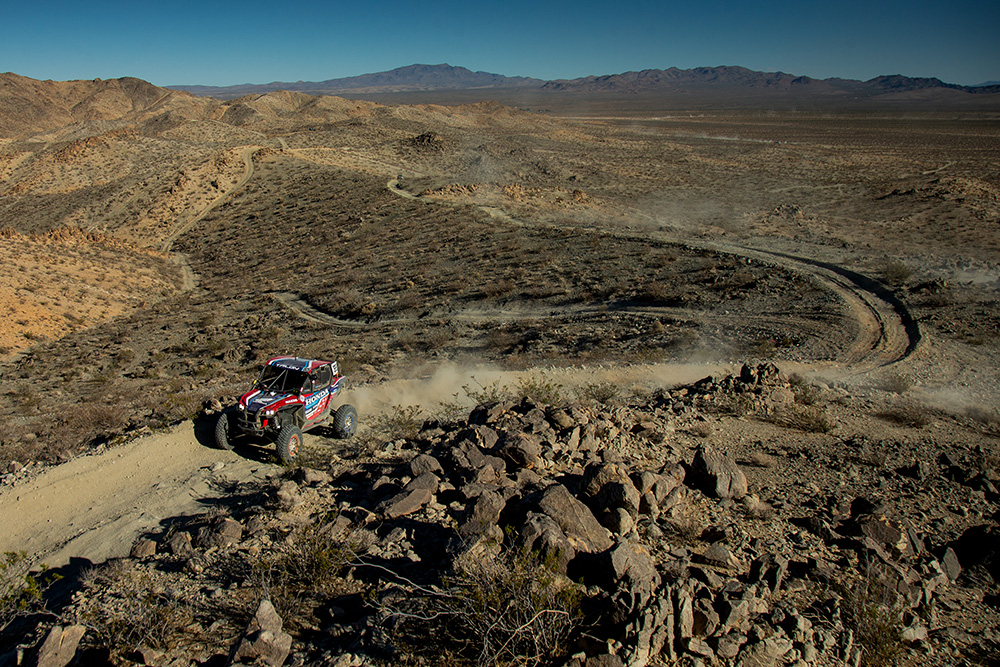 Proctor said, “Zach’s strategy and finesse paid off today, and has been all season. His consistency in the race and from race to race is fun to watch and he’s getting the results. It’s his third podium this year with a win at the Baja 500 and The Mint 400. The team is really excited to get to Baja for the 1000 next month.” 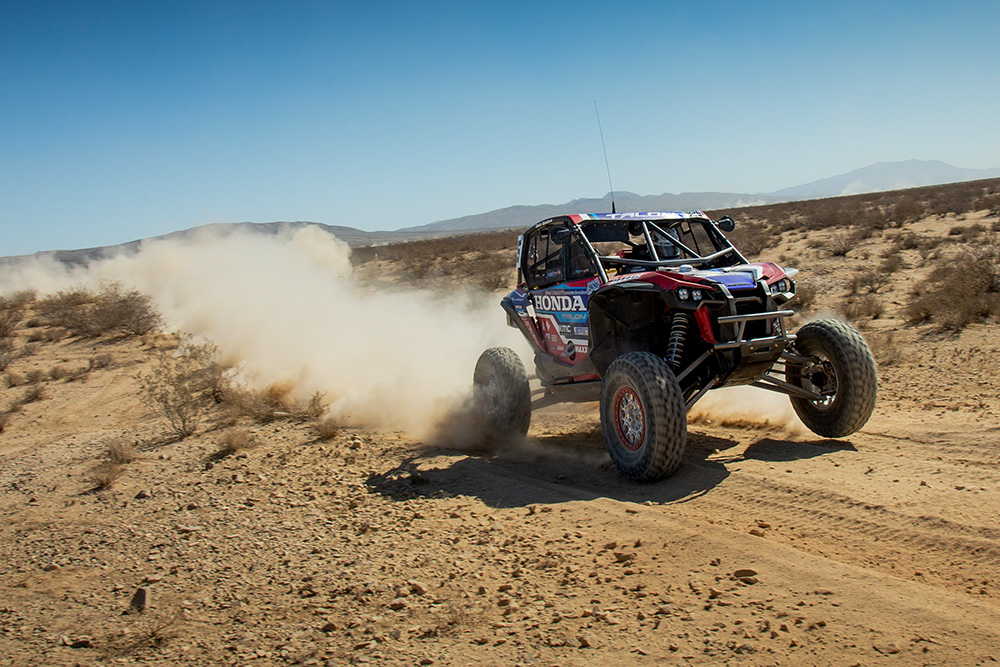