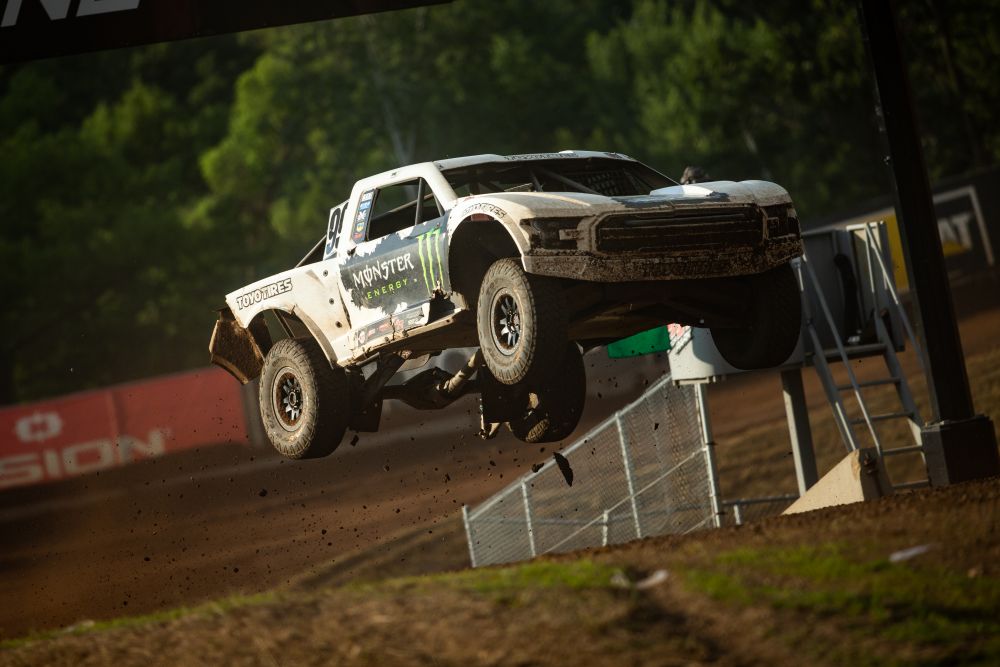 ELK RIVER, MINNESOTA – Kyle LeDuc and Toyo Tires® continued an impressive winning streak, picking up another victory over the weekend in the Championship Off-Road (COR) series. The third weekend of racing in the COR series took place at Minnesota’s ERX Motor Park where LeDuc relied on Toyo® Open Country® C/T tires to pick up his third victory of the season.

Held in Elk River, MN, the race presented a fast pace track for the Pro 4 Trucks. LeDuc and his #99 Monster Energy / Toyo Tires / WD-40 / Ford Raptor Pro 4 Truck started from the back of the grid but, with a strong strategy, he managed to pull off an impressive victory. LeDuc is no stranger to success in Minnesota, previously achieving his 100th short-course win at ERX Motor Park last year.

“This weekend’s event at ERX in Minnesota was tough. It was a challenge to connect the truck to the track that is half sand and half hard packed blue groove dirt, but we were equipped with Toyo Open Country tires with the perfect pattern to dominate,” said Kyle LeDuc. “It was a success with one victory and one second place finish over the weekend as well as the fastest lap time from each race. We were flying.”

LeDuc is a seven-time Pro 4 champion in the Lucas Oil® Off-Road Racing Series with over 100 short-course wins in his career. He previously swept both races at Crandon International Raceway in June.

“This was an incredible come from behind win for Kyle and Toyo Tires,” said Stan Chen, senior manager, sponsorships and events, Toyo Tire U.S.A. Corp. “Coming off back-to-back wins at Crandon, Kyle adds yet another win to his short-course career total. He is on the hunt for yet another championship.”

To learn more about the Open Country line of tires visit https://www.toyotires.com/product/open-country