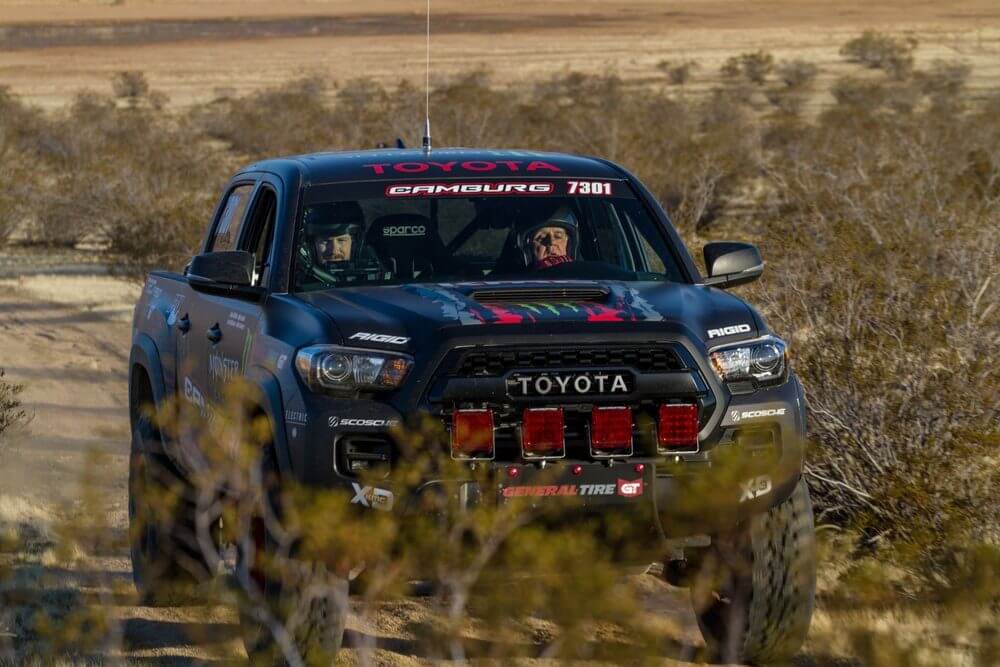 Jay Leno the former host of “The Tonight Show” and renowned automotive enthusiast, took a 7300 class win in his Mint 400 debut with a nearly stock Toyota Tacoma TRD Pro (below). Leno drove the first loop with navigator Ryan Millen before handing off to his co-driver, builder/racer Jerry Zaiden, for the final leg. Leno’s Mint 400 experience will be featured in an upcoming episode of the Emmy-winning “Jay Leno’s Garage.”