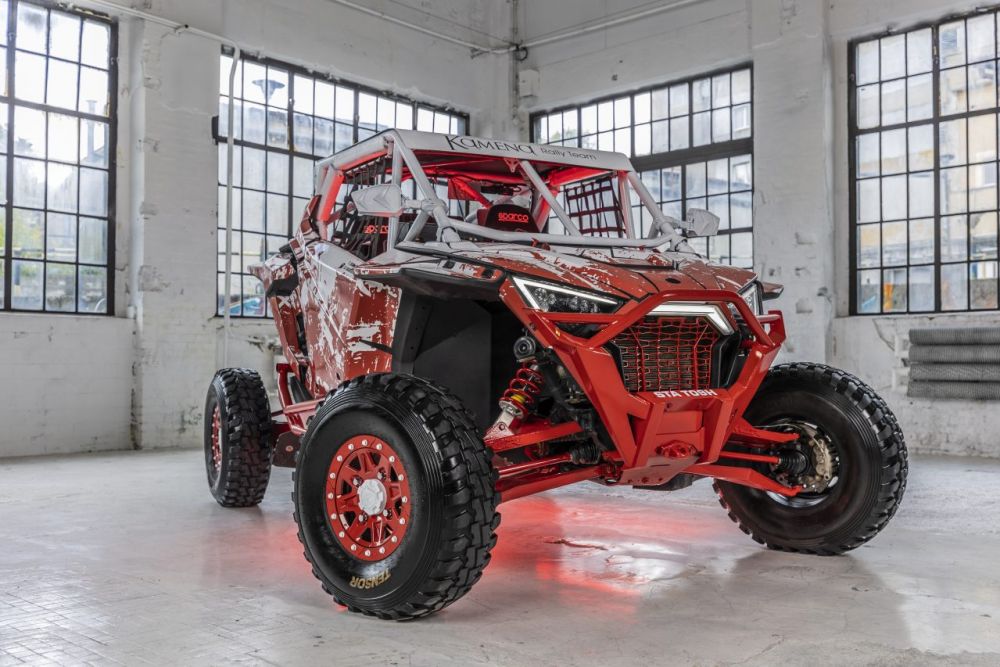 Polaris factory team, Kamena Rally Team, has the ultimate goal of racing the Polaris RZR in the 2024 Dakar Rally – a race that continues to ignite the imagination of all motorsport enthusiasts since its inception.

After being appointed as a Polaris Poland Factory team in 2021, the Kamena Rally Team has been incredibly successful with the Polaris RZR in the FIM Baja European Championship, the FIM World Cup for Cross-Country Bajas, earning a total of ten wins in their 2021 season. Now, it is time to take on a brand new challenge with the world’s toughest rally: Dakar

Tomasz Bialkowski, Kamena Rally Team driver said: “For nearly ten years, we have been consistently trying to build our position in motorsport, wanting to achieve the best results possible. However, we would not be true to ourselves if we did not set new, ambitious goals. After many successful starts, the time has come for a new challenge.”

Preparations for the Dakar Rally in 2024 have already begun starting with a whole new look for their Polaris RZR. Originally black, the RZR is now red and white to represent the team’s national colours, taking inspiration from the long-standing tradition of Polish teams taking part in the Dakar Rally.

The team is fully aware of the dedication it takes to be ready for the most famous off-road challenge in the world, but their hard work has already begun. The team are gearing up to practise for the Dakar by taking on the sand dunes at the Dubai International Baja, hosted in the United Arab Emirates, in December later this year. They will also be competing in October at the Baja Portalegre, Portugal as well as taking on the Baja Troja for the second time – all with a Polaris RZR.

In 2021, Kamena Rally Team left Türkiye with three sets of cups- for the overall victory of the Turkish rally, victory in the SSV vehicle category and for the Power Stage – proving their competitiveness and determination to succeed, both vital traits to successfully take on the Dakar Rally.

Andalucía Rally: A dream season for Al-Attiyah and Sunderland Previous post
The photography of the Inaugural California 300 Next post