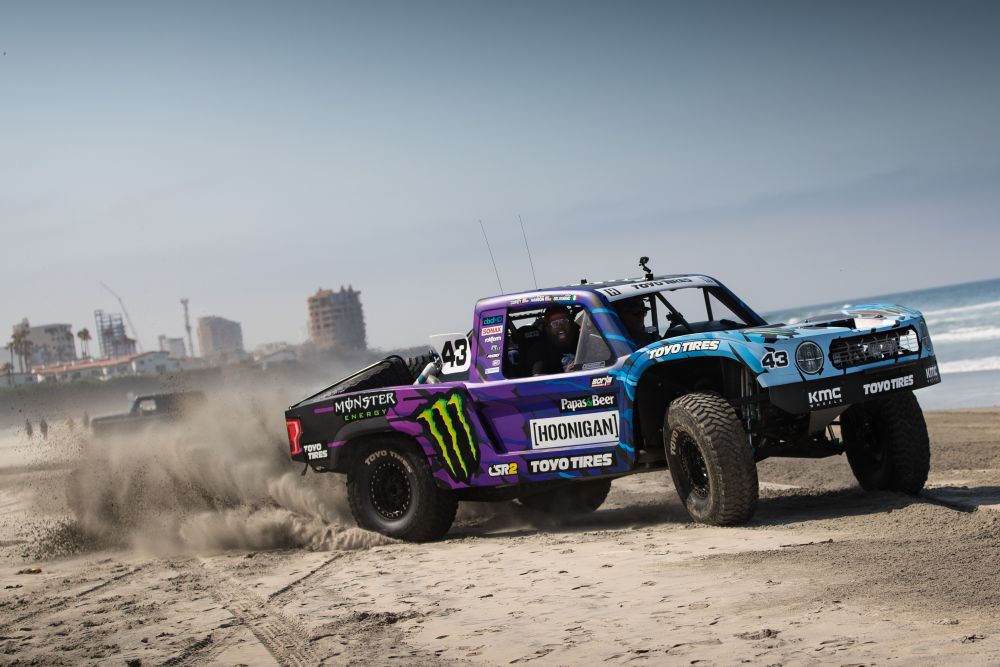 A rally driver, a Baja 1000 champion, and a 16-year-old racing prodigy walk into a bar in Mexico… 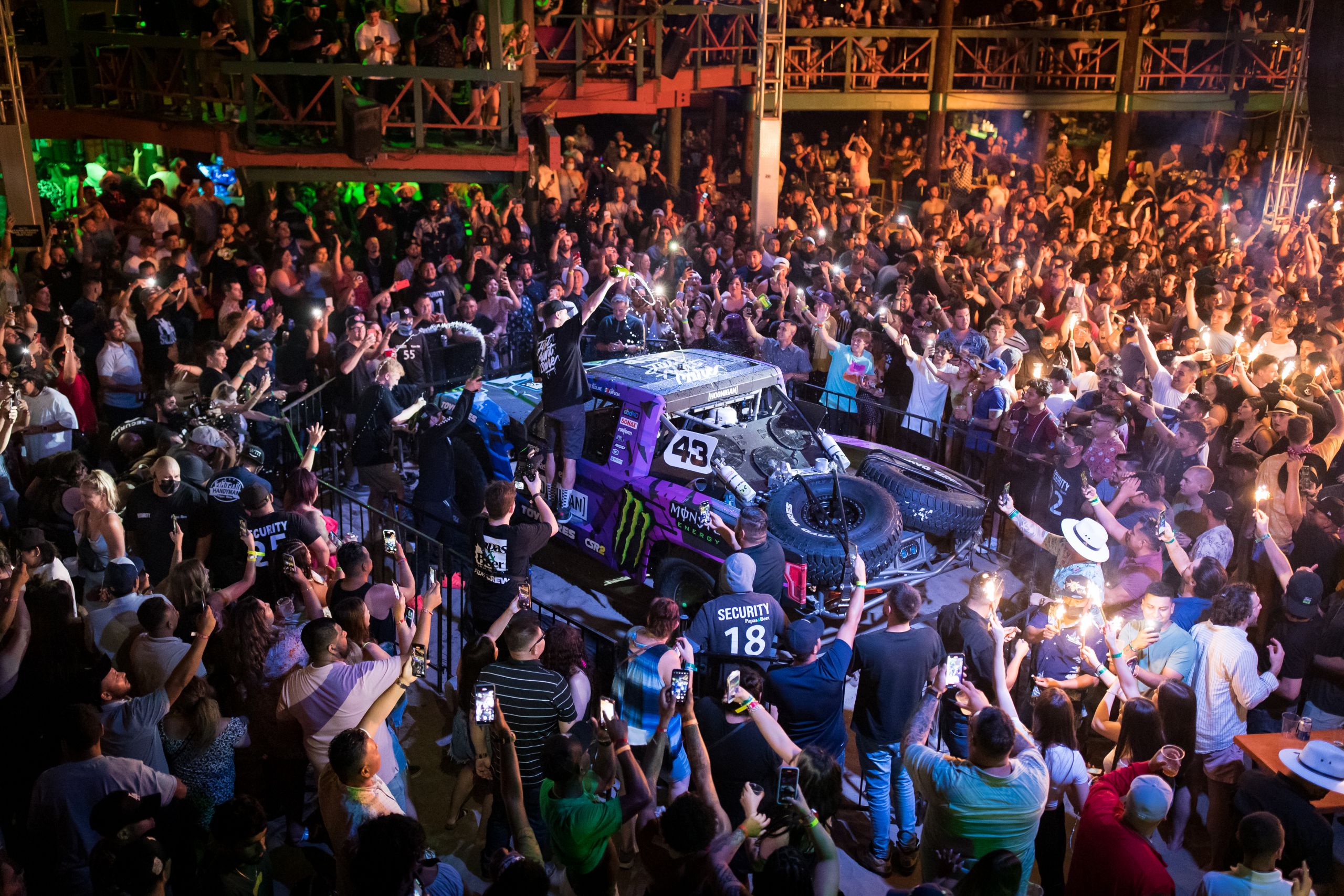 The Trophy Truck now joins the pantheon of Block’s vehicles sporting Mexican artist Ricardo Gonzalez’s, a.k.a. It’s a Living, exclusive design including Block’s Subaru STI, Cossie V2, and Tuthill Safari Porsche Rally vehicles. “It’s exciting to see the merging of all these worlds,” said Block. “Bringing together a guy from rally like me with two amazingly talented Trophy Truck racers and the work of an artist like Ricardo with this truck from one of the greatest builders in the world is an incredible moment.”

In today’s episode on Ken Block’s YouTube channel, Block and the Hoonigan crew deliver the three-punch combo of announcements about Block’s unorthodox foray into the world of desert racing which took place at the Ampudia family’s restaurant and nightclub. “Most livery reveals are pretty boring and underwhelming,” said Block. “With the addition of Alan Ampudia to the team, it was only right that we did this big and on Alan’s home turf.” 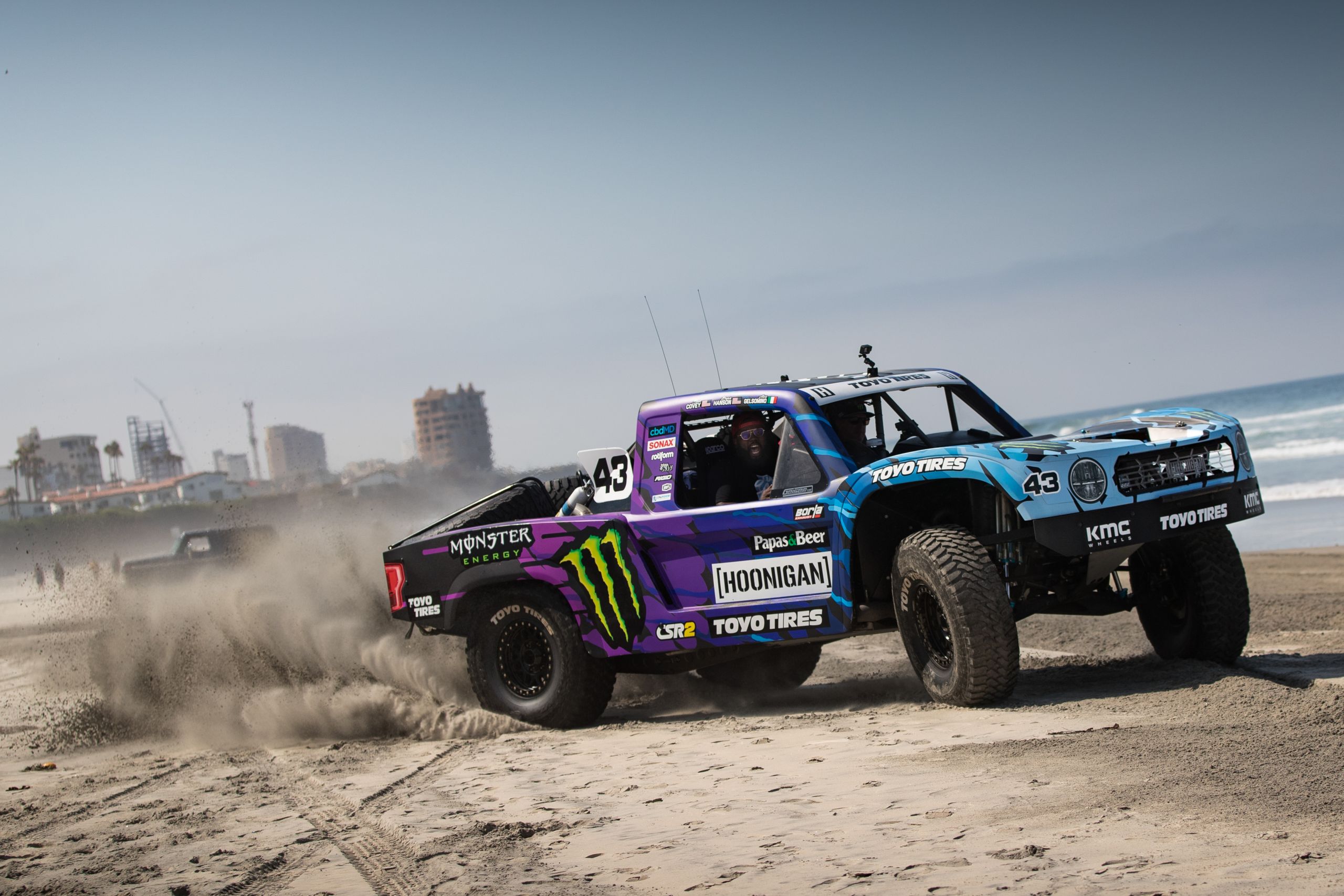 Block is starting his journey to the Baja 1000 as soon as possible by competing in the first leg of the Vegas to Reno race this August with rally co-driver Alex Gelsomino. “The ultimate goal with our whole team is trying to win the Baja 1000,” said Block. “So we are using this race as further racing development, beyond all the testing and learning I am doing outside of the races. There’s a huge learning curve ahead for Alex and I, and we see this race as a big step in getting us ready for the 1000 in November!” 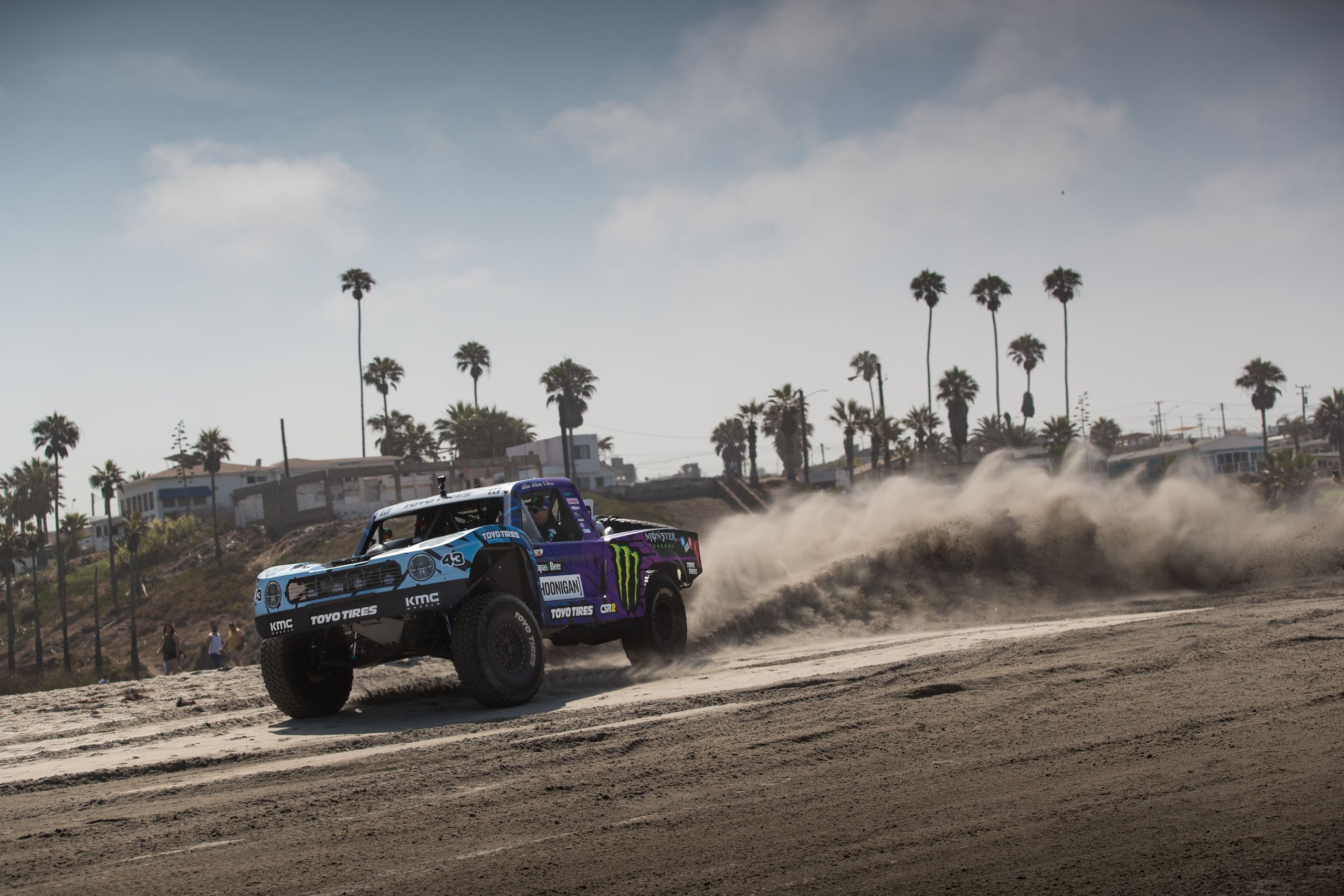 Block’s odyssey to the Baja 1000 can be seen in the 8-part Whoopocalypse Now series dropping on his YouTube channel. The series will include seat-swapping with Redline in Block’s sport of rally racing at Team O’Neil, racing New England Forest Rally, Block pitting his rally car versus the Trophy Truck, and maybe even some Trophy Truck Gymkhana driving.

Best In The Desert Announces 2022 Updated UTV Rules Previous post
2021 Red Bull Romaniacs, Rise and shine: from the tents to the tracks Next post