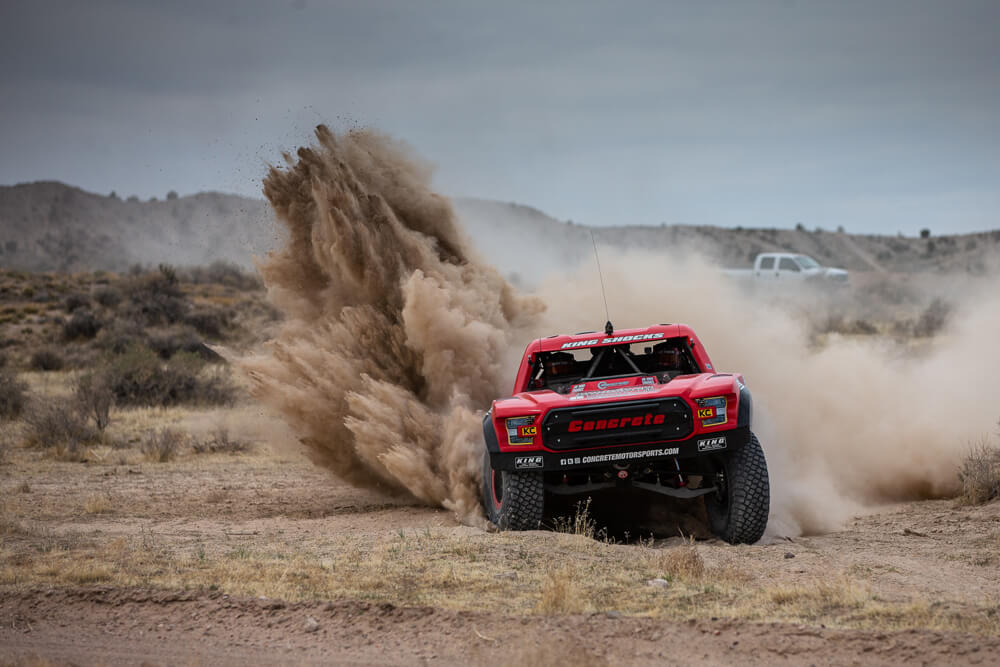 It was a podium sweep weekend for King Shocks at Best in the Desert’s Silver State 300, as around four minutes separated #1 Kevin Thompson/Harley Letner, #127 Kyle Jergensen and #24 Adam Householder in the 250-mile race. All three racers followed up their podium finishes at BITD’s season opener at the Parker 425 earlier in January and remain ahead in the overall points championship. #6153 Ray Griffith took the top spot in the 6100 Class, with teammate #6172 Dustin Grabowski holding down third place in class. 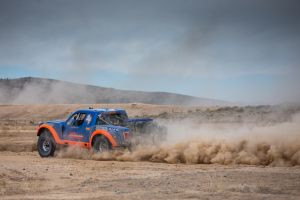 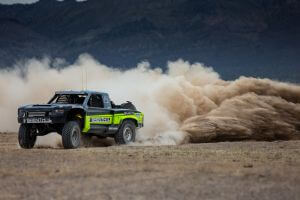 With the late announcement of time trials being cancelled, starting positions were left up to the points standings after Parker, which put Letner, Householder and Jergensen up front to start the race. The battles remained close all day and a few physical lead changes were fought for but at the finish it was Kevin Thompson who took the #1 Concrete Motorsports truck to the finish, marking it two for two in the series. 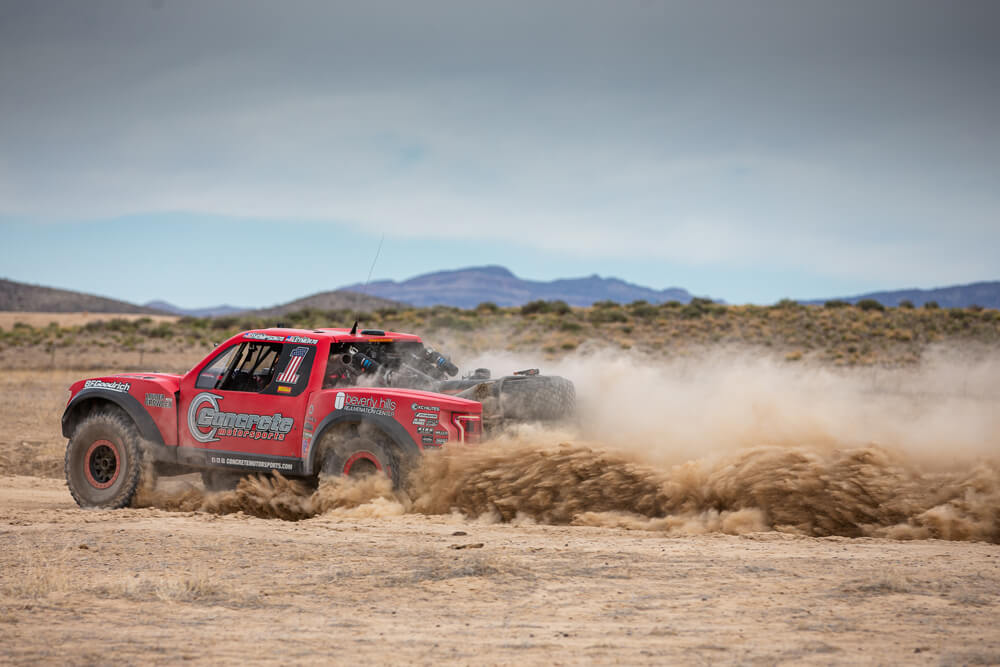 “It is so much fun to have clean air all day. Beau Morton and I had a flawless run before handing the truck off to Kevin. Our team has put in the work to dial this truck in and its performance and results shows. We wouldn’t be where we are without the dominant combination of King Shocks & BFGoodrich Tires. No issues all day, and we’re ready to tackle Vegas to Reno,” commented Letner. 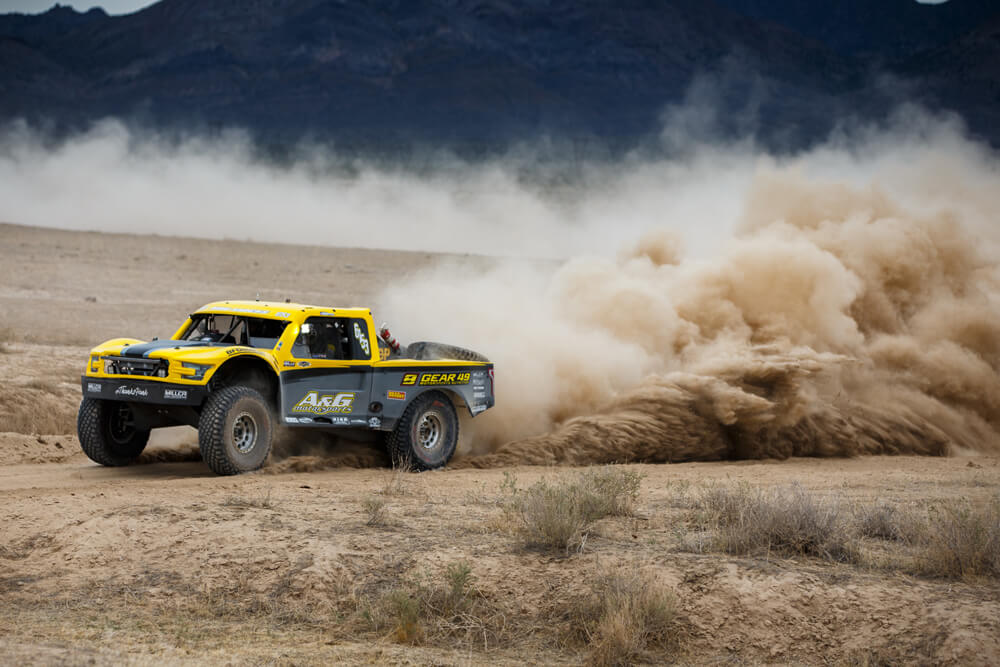 The success continued for King Shocks in the 6100 class when Ray Griffith crossed the finish line in first in the 6100 Class. Just thirteen seconds separated Griffith from the second place finisher, and King Shocks teammate Dustin Grabowski secured the last spot on the podium just a minute later.
“The top 3 trucks were stacked all day within around a minute of each other,” commented Griffith. “We started 4th and since I knew it’s not much of a passing race I put my head down and fought through a lot of dust. We got through Pit 7 and was given a time split that had us five seconds out of first. That’s when I knew we had to push as hard as we could and trust my equipment to get us to the finish line.” 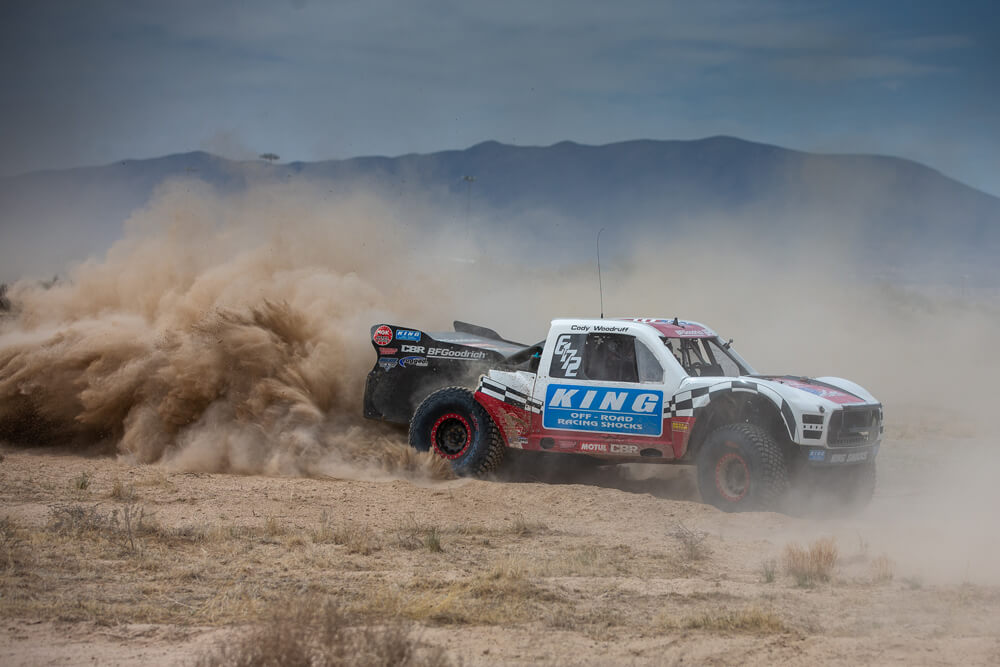 “I couldn’t ask for a better start to the 2021 Best in the Desert race season,” commented Senior Director of Marketing, Ramses Perez. “After two back to back podium sweeps in the first two races, plus a top five here at Silver State, we are well on our way to keeping the #1 plate with King Shocks at the end of the year. Congrats to all our teams on their successes and let’s carry that to Vegas to Reno.”
Racing action resumes with the SCORE-International BAja 500 June 9th-13th, 2021. Follow along on the King Shocks Instagram for racer updates.