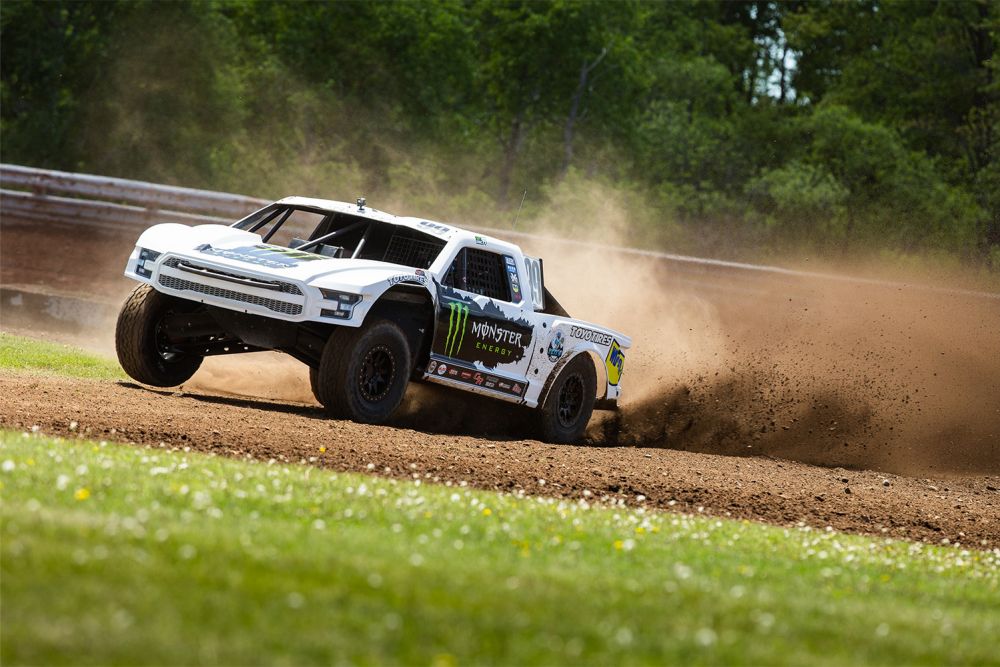 BARK RIVER, MICHIGAN – Kyle LeDuc and Toyo Tires® took one short-course victory in the 2022 Championship Off-Road series with a win on Sunday at the Bark River International Raceway. Coming off impressive back-to-back wins at the Dirt City Motorplex earlier this month, LeDuc recorded his third victory of the season and his 112th career win. LeDuc, the seven-time Pro 4 champion in the Lucas Oil® Off-Road Racing Series, looks to carry this momentum into the last race weekend of the series taking place at Crandon International Raceway on September 2-3.

Located in Michigan, the Bark River International Raceway is an iconic short course featuring high-speed jumps and turns that create some exciting moments in the COR Series. LeDuc and his #99 Monster Energy / Toyo Tires / WD-40 / Ford Raptor Pro 4 Truck started on the pole position for Sunday’s race and never looked back. He recorded the fastest lap of the day and took the checkered flag while relying on Toyo® Open Country C/T® tires to get to the finish line.

“Bark River was epic with weather destroying the track,” said Kyle LeDuc. “Our tires were so hooked up that the competition didn’t stand a chance, as we were a second faster than the field for our 95th Pro 4 victory.”

“It was great to see Kyle and his Pro 4 Truck in top form on Sunday,” said Stan Chen, senior manager, events, sponsorships and motorsports, Toyo Tire U.S.A. Corp. “With three wins in the last four races, we look forward to seeing him compete for a shot at the championship in a few weeks at Crandon, a track where he has seen a lot of success.”