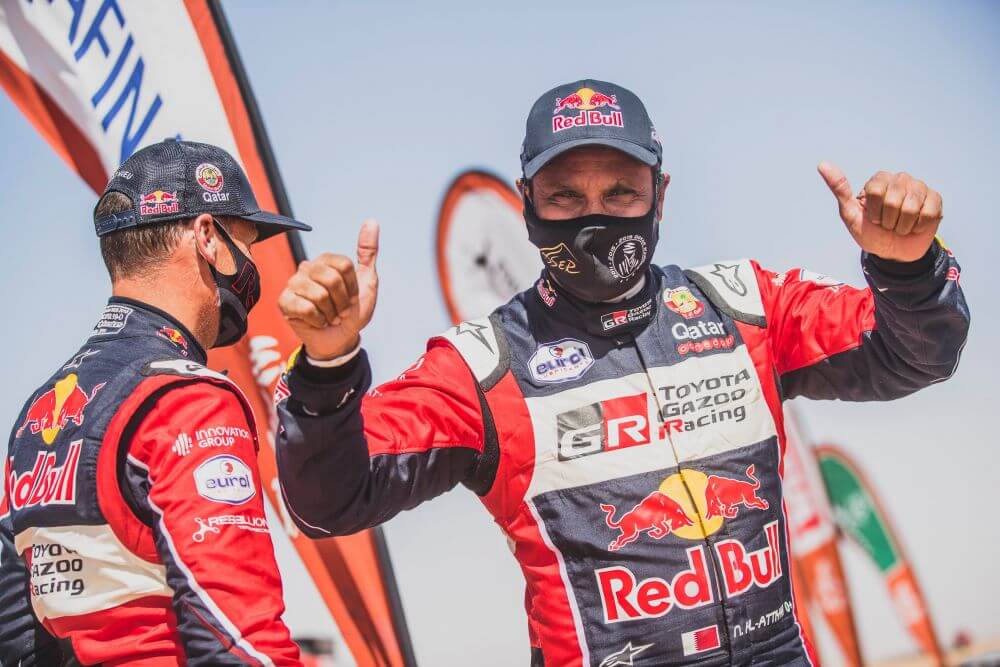 Nasser Al-Attiyah has completed his perfect preparation for the upcoming Dakar by winning the Hail Rally. The victory sees the Qatari driver crowned champion of the FIA World Cup for Cross-Country Rallies for a fifth time.

Rally wins in Andalucia, Morocco and Abu Dhabi had brought Al-Attiyah and co-driver Mathieu Baumel to the cusp of their fourth World Cup winning season as a pair. Despite three-time Dakar winner Al-Attiyah and his French co-driver only needing a handful of points at the Hail Rally, the duo blasted their way to victory at the season finale.

“It was fantastic and we are obviously very happy with the result. I am so happy to win this race and to win the World Cup title.” – Nasser Al-Attiyah

The next appointment for Al-Attiyah and Baumel is also in Saudi Arabia as the country hosts its third Dakar Rally next month. The Toyota Gazoo Racing pair will be at the controls of the all-new T1+ version of their Hilux when the Dakar departs from Hail on January 2.

“This was the last time for me in this car. The next step will be the T1+ in Dakar!” – Nasser Al-Attiyah

Al-Attiyah and Baumel’s dominance this week saw them win three of the four stages in Hail. The only other race crew to record a stage win was Kuba Przygonski of Poland and his German co-driver Timo Gottschalk. A rollercoaster ride in Saudi Arabia eventually saw this pair park their MINI JCW Buggy in sixth place overall.

“The Hail Rally was very good preparation for the Dakar, as there will definitely be a few stages in this area in January.” – Kuba Przygonski

It was also a useful trip to Dakar territory for Spaniard Laia Sanz as she switches to racing on four wheels. After completing 11 consecutive editions of the Dakar on a bike, Sanz will race the next Dakar in a MINI ALL4 Racing. Sanz guided her new vehicle to an eighth place finish at the Hail Rally alongside co-driver Maurizio Gerini of Italy.

“We were surprised by our good pace, a lot closer to the front from what we were thinking. Maurizio and myself are understanding each other better each day and we look forward to the next one!” – Laia Sanz