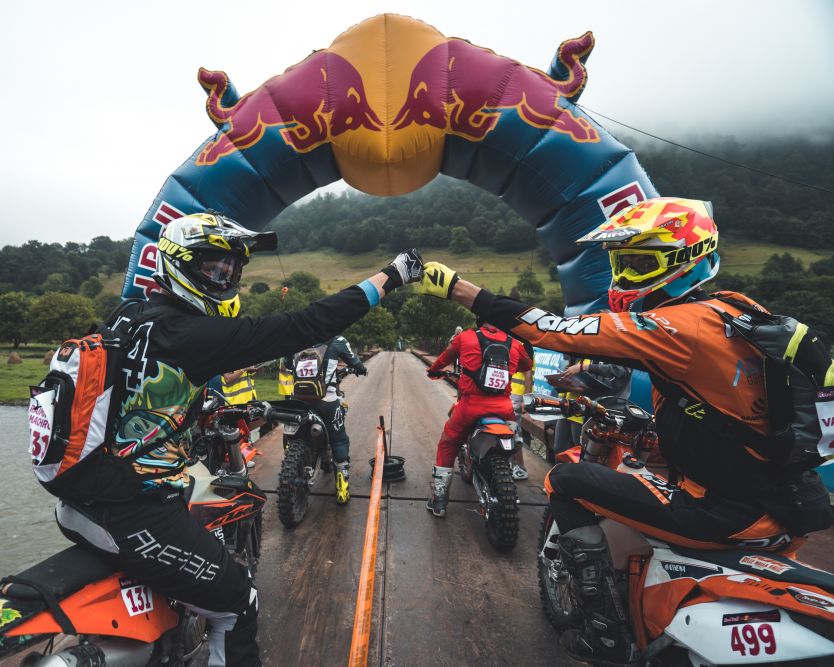 Silently, out of nowhere, Jarvis grabs the day victory and overall lead

Sibiu / Hermannstadt, Romania, 28 July, 2021 – A beautiful Red Bull Romaniacs Offroad Day 1 started today from the well known steel bridge crossing the Olt River, in the Râul Vadului region south of Sibiu. Low fog was covering the valley and an unexpected rainfall overnight had washed away most of the dust, but left many of the hard sections in quite slippery conditions.

For the Gold competitors it was again an “all or nothing” kick off into the day. At 07:00 am they were unleashed onto the steep, rocky “Sheeps trail”, warming them up instantly, followed by a smooth ride along the river to the “Nice One”. After that, the fun kicked in at the “Sheep farmer” one of the Red Bull Romaniacs’ signature sections. It was quite a struggle to get traction and riders were pushing their bikes in some of the steep rutted parts and were even helping each other when the bikes were slipping away. 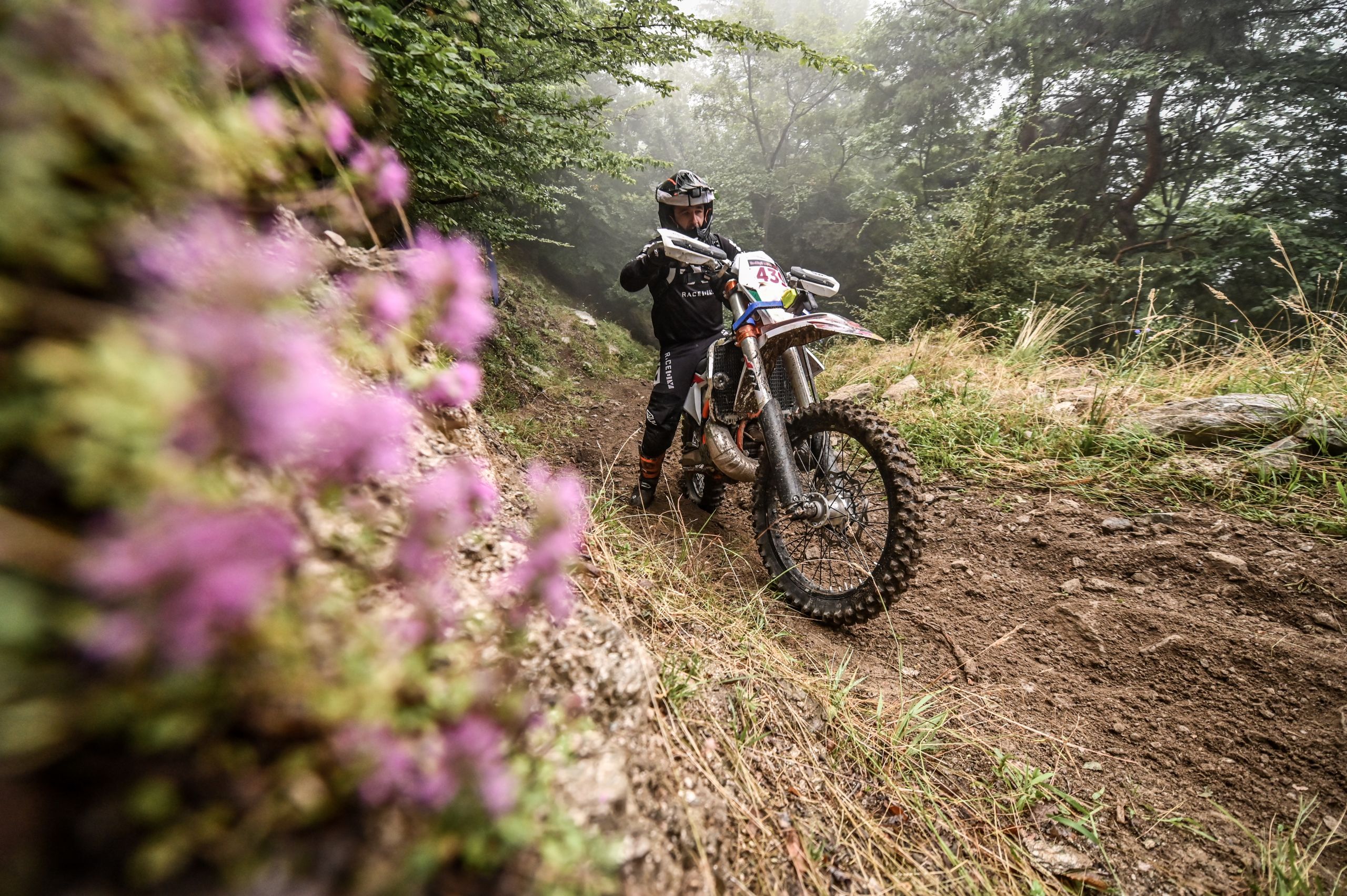 There were a few games of tag taking place during the first part of the morning in particular between Alfredo Gomez and Teodor Kabakchiev, who was hot on his heels. Teodor passed Gomez in the “Sheep farmer” section for a while, meanwhile Manuel Lettenbichler and Wade Young were battling it out back and forth all the way to the service point where Wade arrived a bike length ahead! Jonny Walker, Billy Bolt and Taddy Blazusiak were also back and forthing, struggling to break away from one another. These “Alpha”-battle-proven Romaniacs veterans were being chased hard by some of the newcomers in the Romanian forest like Trystan Hart and Michael Walkner, who were pushing hard and posing as a possible threat during the first half of the day. 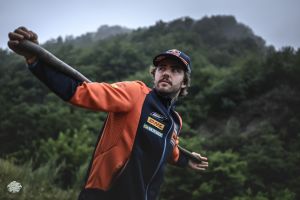 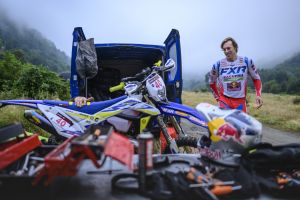 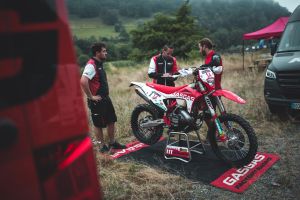 By the time they reached the service point, located on a plateau in the Toscana Hills, the tracks, despite being quite slippery, were in near perfect condition. After a 20 minute break riders set out again and it appeared that the track managers were showing some mercy and eased up on the steep climbs and offered some flowy riding through the smooth enduro terrain surrounded by the spectacular Romanian landscape. But in true fashion this did not last long, the wakeup calls came quick and hard with “Martin’s Idea” followed by “Dammed Dam”, “Broke back Mountain” and “The Impossible”. The final hour and a half to the finish would be what Martin Freinademetz refers to as “Really Gold” riding. The top guns broke away in these technical sections, carefully selecting lines that left the less experienced behind fighting their own battle. And then there was Graham Jarvis, having missed his 7th Romaniacs victory by only 2 minutes last year, due to a crash and placing 6th in the TTQ yesterday his determination was steadfast. He “silently” started from the back this morning and kept a low profile. But after the Service Point he took the lead, had a technically smooth afternoon and gave his all through the tough sections and descending the final steep downhill. At the end of the day, Graham was the fastest rider to pass through the finishing arch, followed by Mani in second and Wade in third.
Graham Jarvis: “The day went really well, the bike was good, really happy with the way I rode. I started 6th and managed to pass everybody. The first day is the day I have the most energy so I’ve got to go for it, I’ll get tired the remaining days, so I’m really happy”. 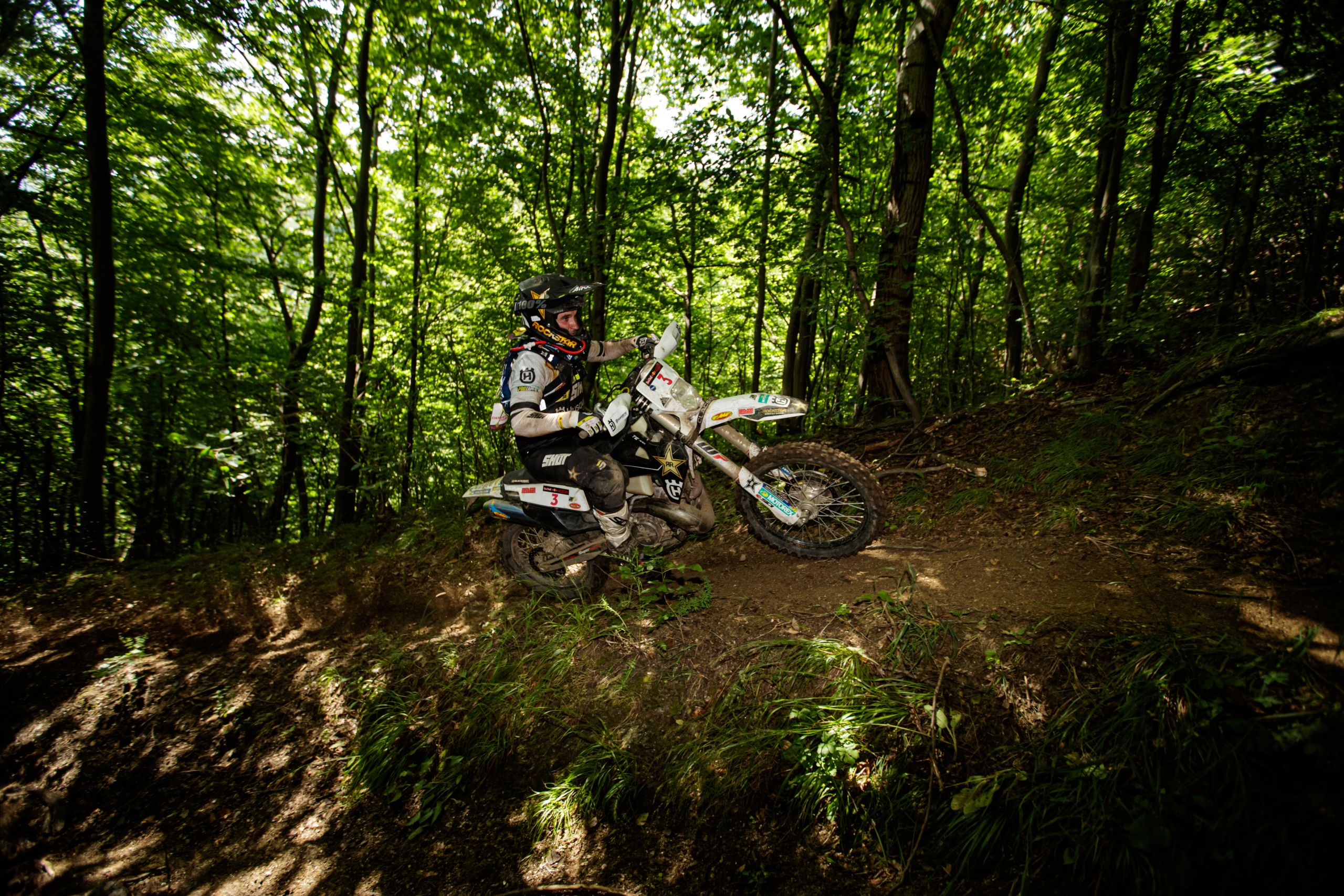 The Silver class had 123 km of classic Romaniacs tracks. Starting out there were some steeper uphills and downhills which then progressed into faster, flowy tracks where riders were able to open up before being dealt some final surprises. Nick Farhinger (USA) and Toniu Mulec (SVN) seemed to be duelling throughout most of the day and ahead of the rest of the pack until the last difficult section when Fahringer pulled away and finished in first place, Mulec in second and Jamie Lewis (GBR) in 3rd. Emanuel Gyenes, in his 18th year of Red Bull Romaniacs, was able to put his mechanical skills to the test after breaking his clutch lever, which he went on to damage again in another small crash and he crossed the finish line in 14th place today. Ski-star Marcel Hirscher from Austria could not finish the race after a crash today.

The Bronze riders were elated with their morning, the tracks were fast and mostly dry with some tough ups and downs, especially the final descent into the finish where riders cartwheeled down the slippery slope leaving a pile of carnage for the Gold class to dodge around when they arrived at the scene! Pol Tarres seemed to start out slightly slower and then gather momentum and pick up speed as the day progressed. He displayed jaw-dropping riding skills through the 130km of tracks, maneuvering his roaring Yamaha Tenere 700 through the technical terrain alongside the light and nimble, by comparison, enduro bikes, some of them already stranded right and left of his path. 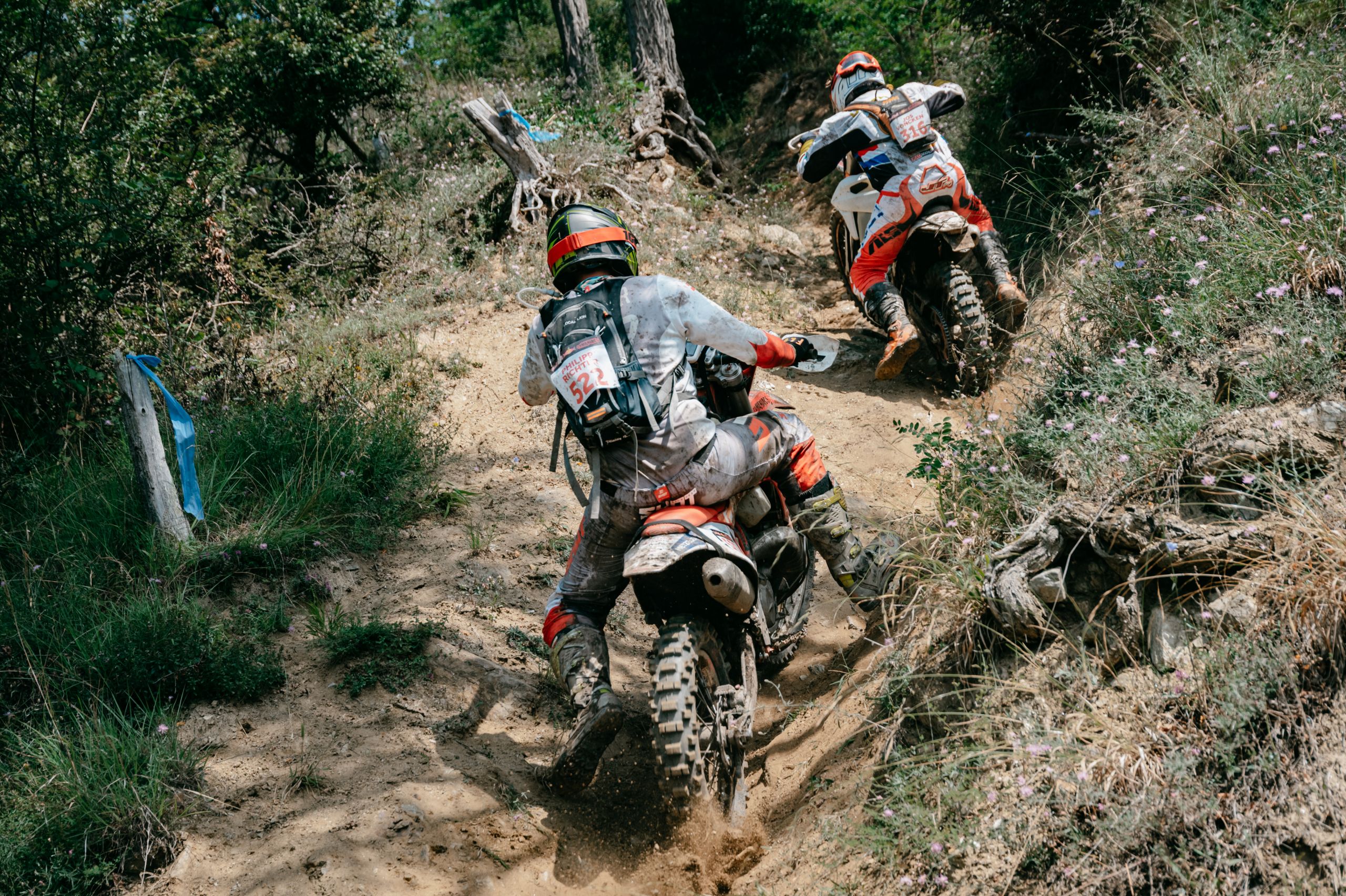 The Iron class had a tough start with some sections becoming slick in the overnight rain. Some competitors drained their energy resources quite early on. By the afternoon they were happy to cruise some grassy, flowy trails above the Olt River and relieved to have a shorter day today, 89km. The Atom riders showed signs of struggling in some muddy, wet log sections in the forests and the gap between the leaders grew as the day went on.

After a tiring 116 km, an elevation gain of 9347m and descent of 9408m the Gold competitors will soon realize that things are not going to get any easier on the second day. With their history of setting the stage for extreme enduro, Martin and the track managers will, in true Red Bull Romaniacs style, navigate the tracks through some of the toughest signature sections like “Galindo Hill”, “Babysitter”, “Lost World” and “Kill ‘em all” whilst offering up some fast sections in between to show some compassion. The start will be at Gura Raului. 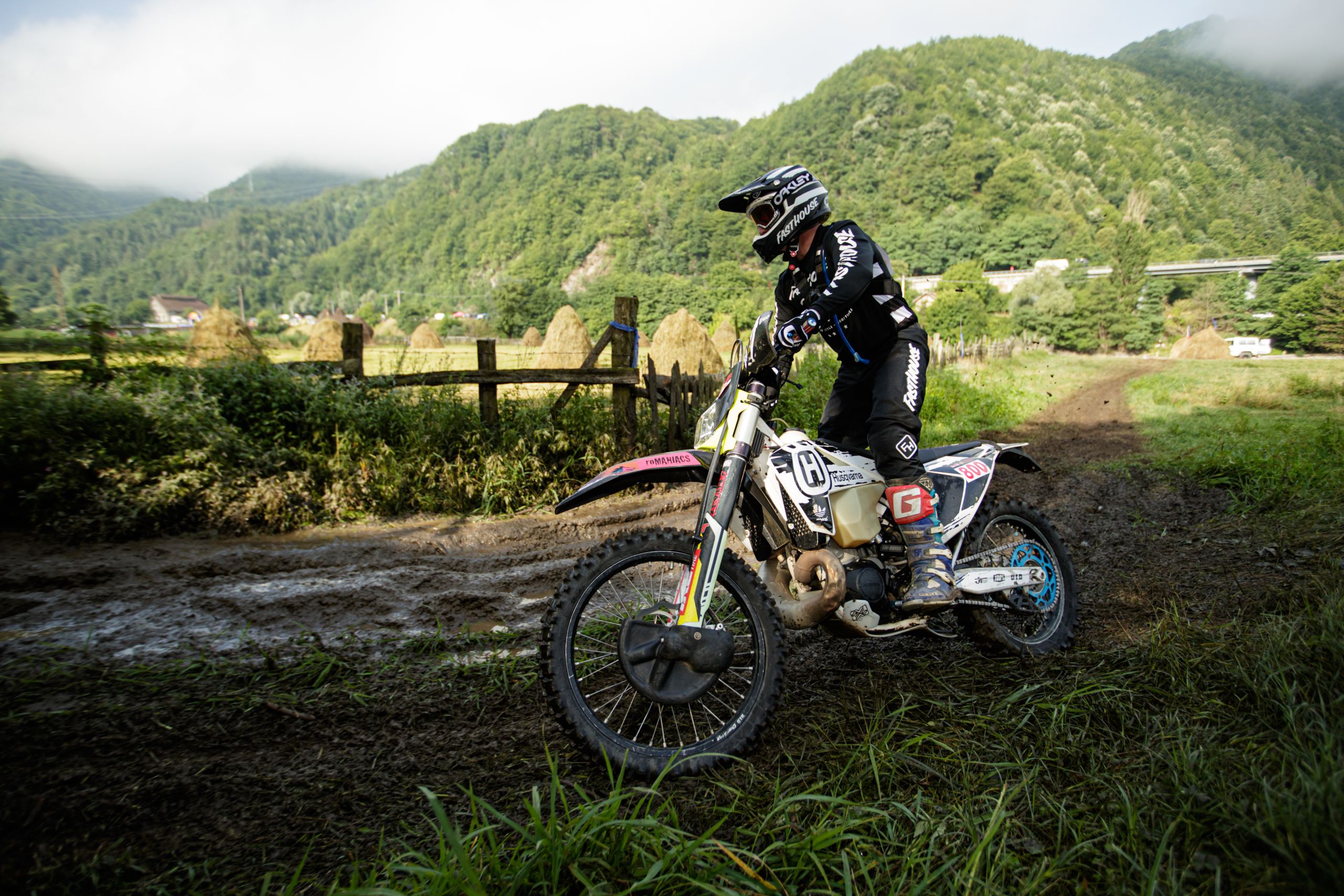 This year’s competitors will be the first ever to partake in the “competitors only” marathon bivouac stage. After passing through the Service Point competitors have no more support help until the Service Point the following day on Offroad Day 3. By adding this stage the rallye will be able to access new offroad regions even further out into the wilderness. As if the level of extreme riding terrain and hard endurance required both mentally and physically isn’t enough this stage takes it one step further including each rider being responsible for their own bike mechanics.

Martin Freinademetz: “Today’s first real, long offroad day of Vertical Madness Reloaded 2021 has been definitely a beautiful racing day and this can be seen in the results with the majority of the participants finishing today’s race. Only the Silver class seemed like they had to suffer a bit: We expected dry conditions but a short thunderstorm overnight made the race track quite challenging and wet enough to be slippery, yet no dust. We can also expect some thunderstorms tonight in some areas. We’ll go for the full race length tomorrow. The first day is usually quite a critical day with racers maybe going a bit fast but maybe the slippery soil made them go more careful. The battle for the lead was very challenging, you could see the King of the Carpathians getting closer to the lead at each checkpoint and in the end he took the lead. Mani, who has proven himself last year,was also riding well. So far so good. Tomorrow we head to the marathon stage for only the riders and their tents, no families, wives or support crew. The weather looks good, I think we will have a nice time and I’m looking forward to that!” 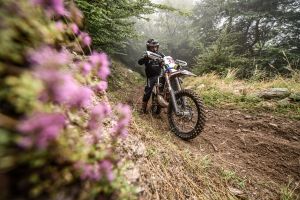 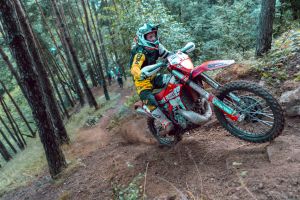 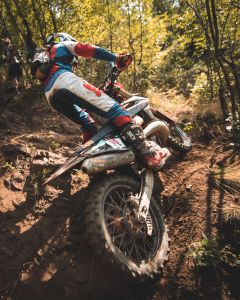 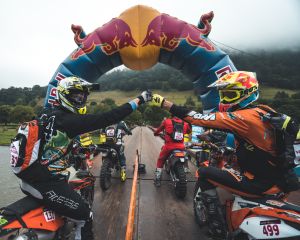 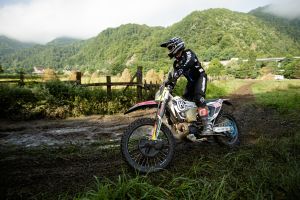 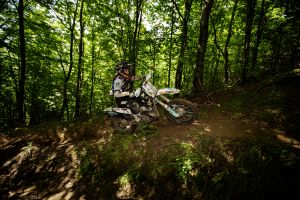 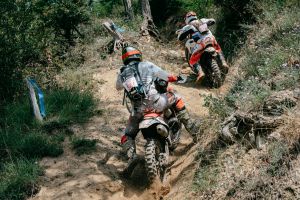 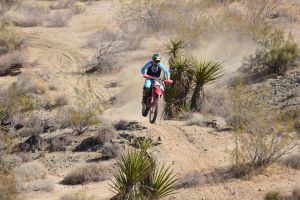 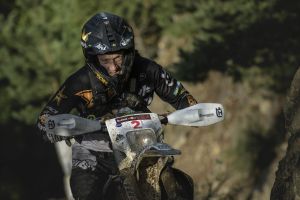 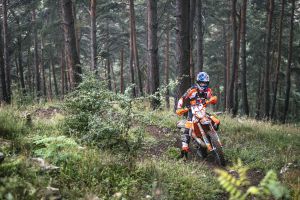