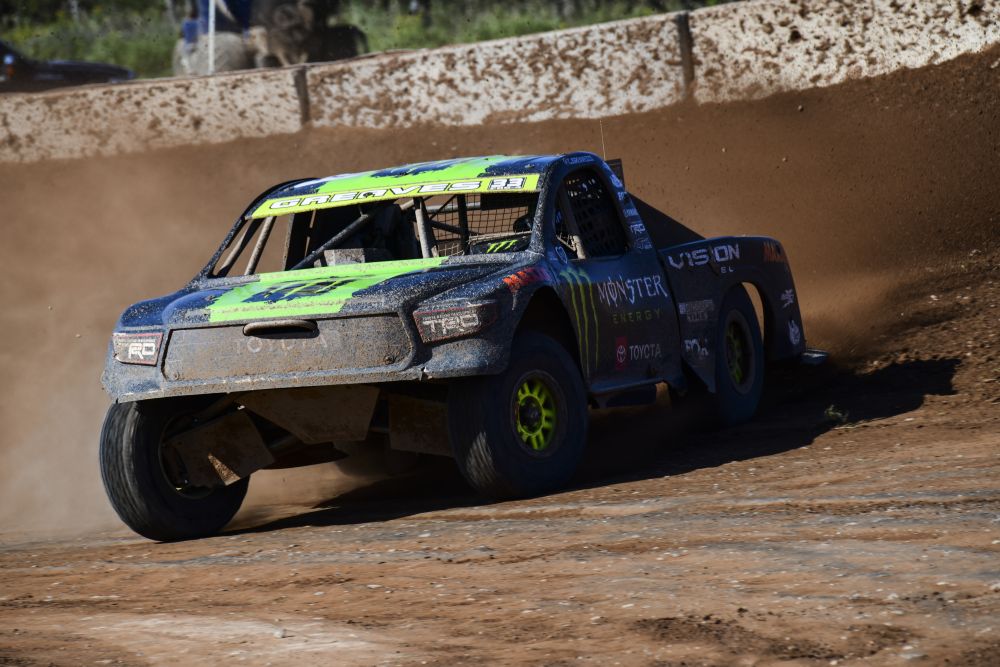 It was yet another dominant weekend for the Monster Energy-backed stars of Championship Off-Road at the sport’s long-awaited return to Bark River International Raceway on Saturday and Sunday. This time, it was CJ Greaves’ weekend to shine, as the incoming Pro 4 points leader swept both races in the premier division in the track’s first event in two years, and added another podium in Pro Stock SXS to round out the weekend. One of the premier tracks on the COR schedule, Bark River fell silent in 2020 after gathering restrictions in the state of Michigan prevented it from hosting a race with fans on hand. As a result, the series swapped its Bark River date for a second round at ERX Motor Park, vowing to come back bigger and better for 2021. And live up to that promise it did, with packed grandstands and motivated drivers throughout the field, especially at the front of the Pro 4 pack. 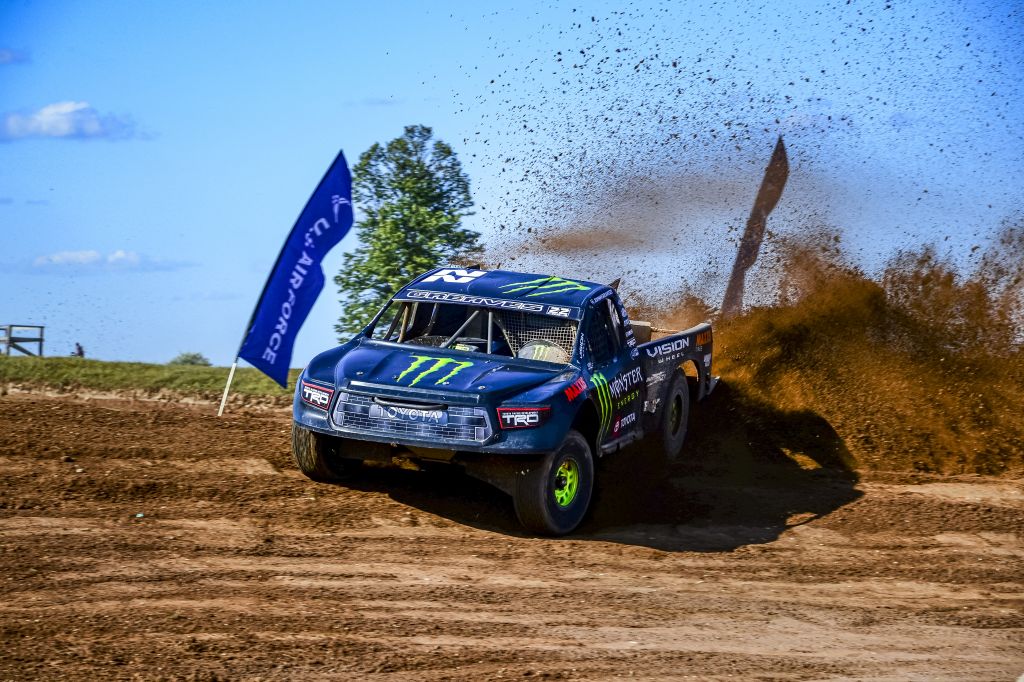 Coming into Bark River, the Monster Energy duo of Greaves and Kyle LeDuc were separated by just five points for the top spot in the championship, while fellow Monster teammate Johnny Greaves entered the weekend fourth. At first, it was Johnny, not CJ, who looked poised to sweep the weekend after hot starts in both races. Coming off his historic 100th career Pro 4 victory at Dirt City Motorplex last time out, the legend of the sport laid down a quick pace up front early on in both races, but mechanical troubles meant that win number 101 will have to wait. 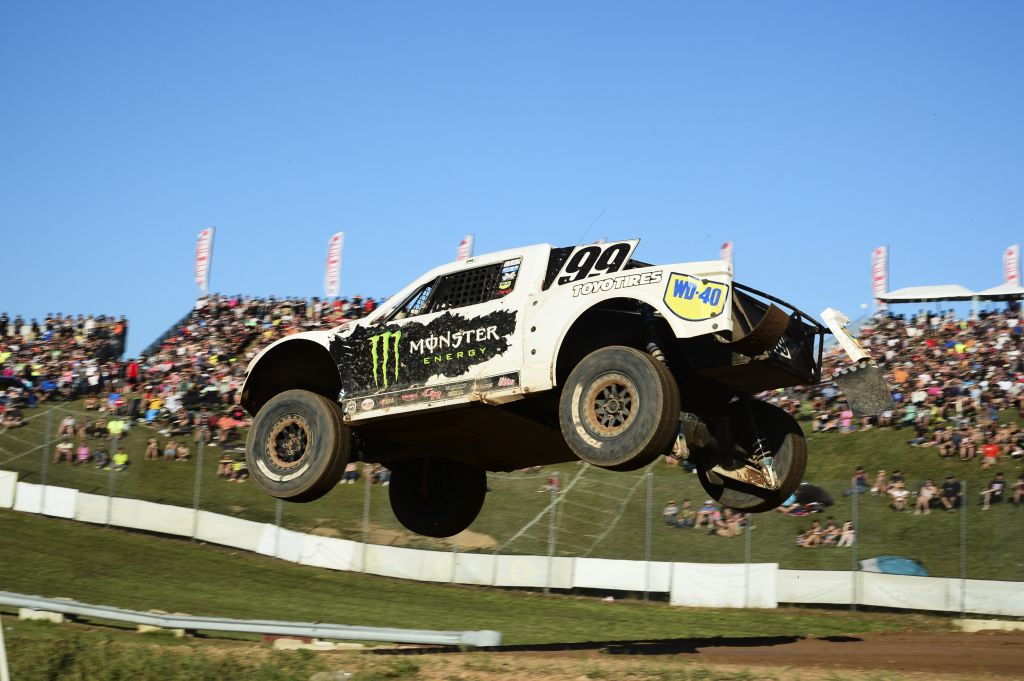 LeDuc, meanwhile, put on a passing clinic on Saturday, pushing his way as high as second place. The defending series champion remained one of the quickest drivers on track all weekend, in spite of fourth place in the first race being his best result of the event. That helped open the door for CJ Greaves to score wins four and five on the year, extending his championship lead to a solid, if not yet comfortable, 25 points. 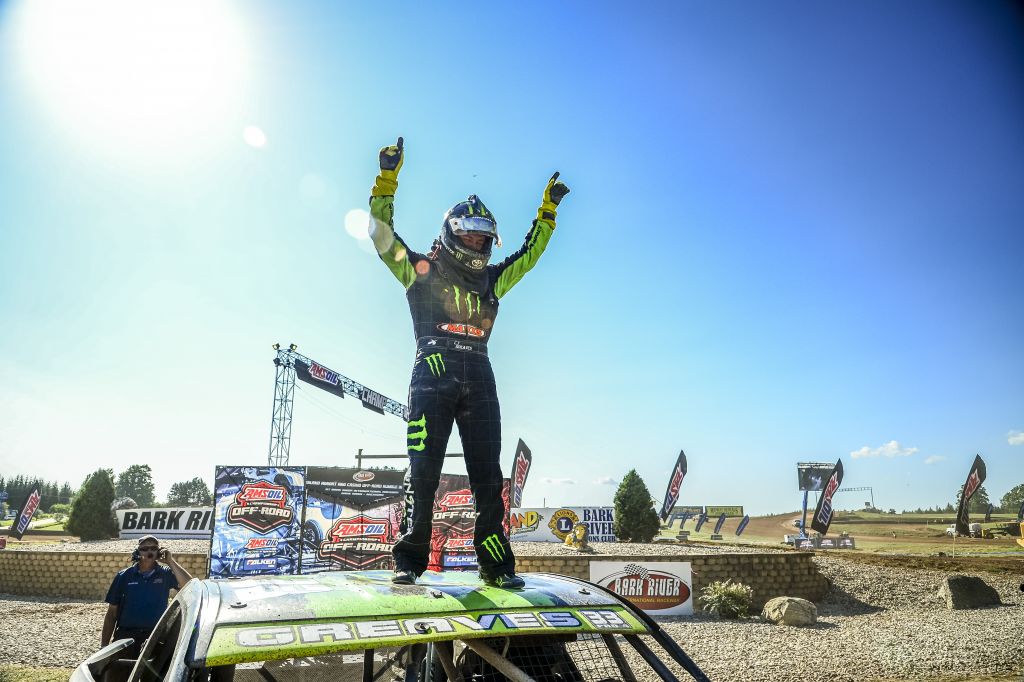 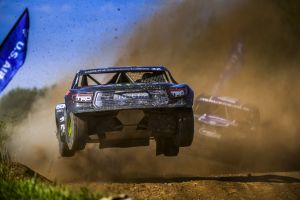 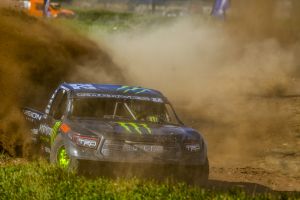 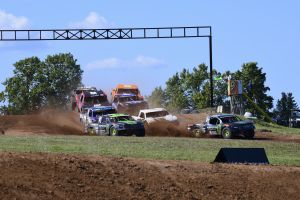 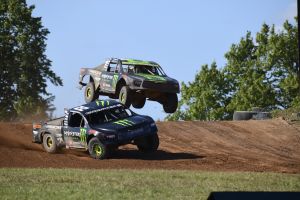 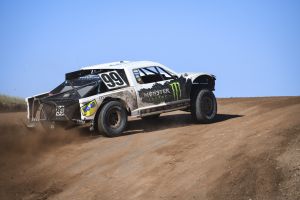 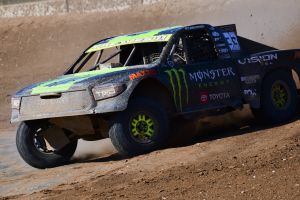 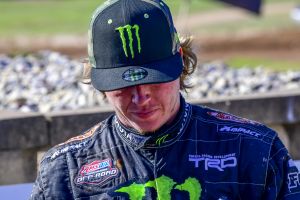 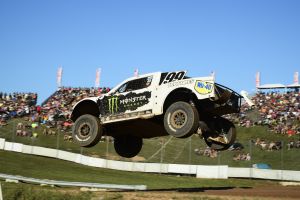